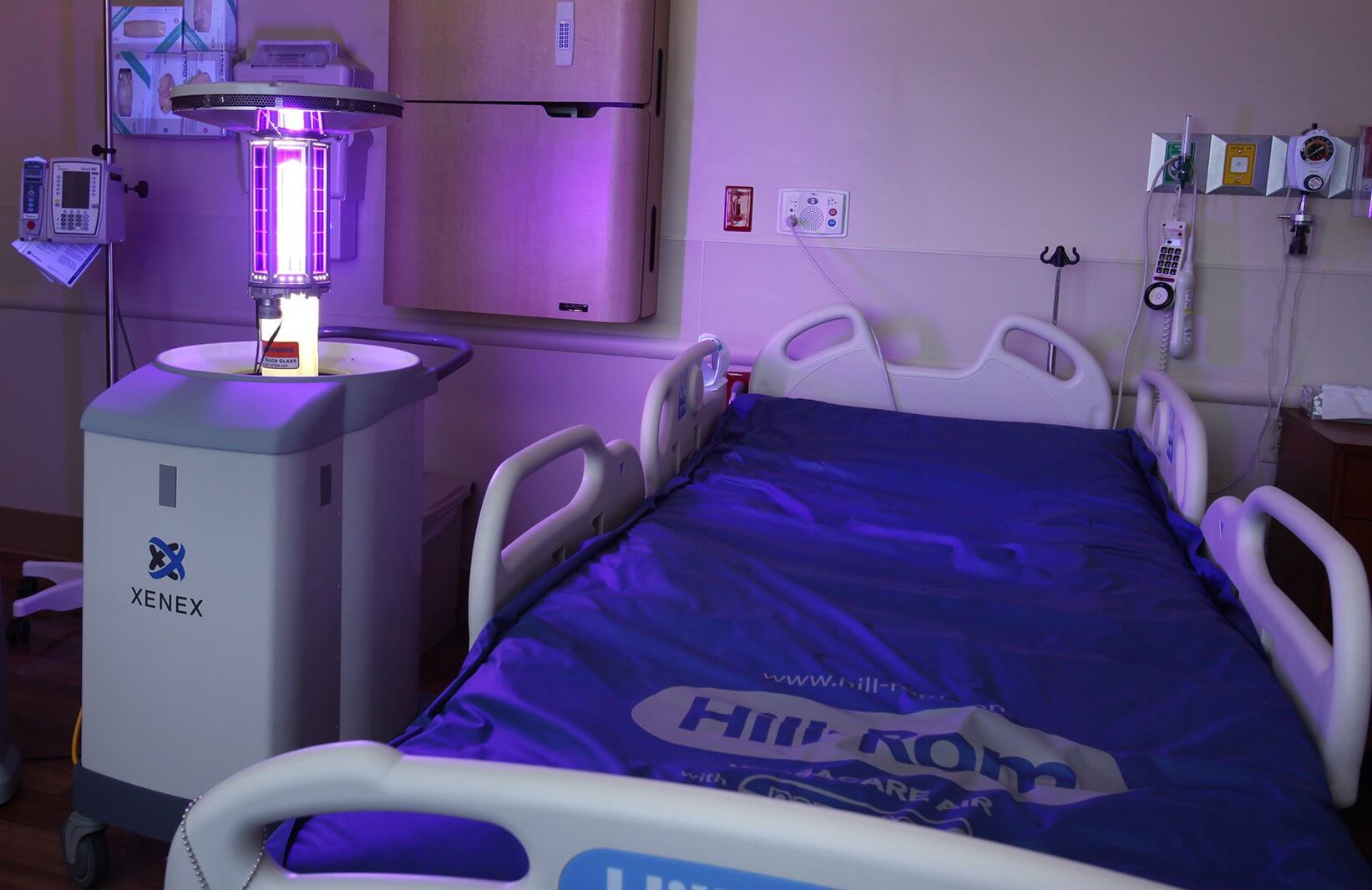 The last thing a patient checking into a hospital needs is to be infected by another illness on top of whatever medical condition put them into the hospital in the first place. Unfortunately, that is a reality for the estimated 2 million people in the United States who contract hospital-acquired infections every year.

A recent study conducted by researchers at the Texas A&M Health Science Center College of Medicine is attempting to reduce that number by testing a new cleaning technology to supplement traditional manual housekeeping: a pulsed xenon ultraviolet light system that looks a bit like the beloved “Star Wars” robot R2-D2.

“Many organisms, including super bugs like CRE, KPC and MRSA, can survive on surfaces in a patient care environment for a long time—some of them up to seven months,” said Chetan Jinadatha, M.D., assistant professor at the Texas A&M College of Medicine and chief of infectious diseases at the Central Texas Veterans Health Care System in Temple, Texas. “If the patient is discharged and you don’t clean that room properly, it can lead to organisms surviving on surfaces and becoming a threat to the next patient.”

Improper cleaning technique can include using the wrong type of disinfectant or an inconsistent application of disinfectant—simply missing a spot on a surface. Some disinfectants even require a three to four minute contact time to properly destroy certain organisms.

The device used in the study, produced by Xenex, involves a xenon gas bulb that produces ultraviolet light in the germicidal UV-C spectrum. The UV light is emitted in a pulsed manner, with the help of high-voltage electricity, at about 90 pulses per minute. The UV rays cause the DNA of the organisms to fuse, thereby deactivating them and disinfecting the surface.

“When we did the normal processes that are done in most hospitals, which is to use a chemical disinfectant around the room, we found a 70 percent decrease in the aerobic bacteria and about 91 in MRSA,” said Jinadatha. “When we did the same cleaning and added UV, we found 98 and 99 percent reduction as compared to 70 and 91.”

The second and third studies involved testing the effect of using only UV light on aerobic bacteria and MRSA. Both found statistically significant reduction, even in the absence of manual cleaning.

“The reason we looked at it that way is sometimes cleaning staff can get distracted or miss surfaces,” said Jinadatha. “What happens if they miss? Will the UV still be effective on those surfaces? Will it still work? And the answer is yes.”

The UV light is not intended to be a replacement for traditional methods of cleaning, he added. Manual cleaning is still necessary, especially in terms of getting rid of dust, dirt and other debris. The UV light is an additional step—an added layer of security.

Keeping surfaces as clean as possible has an added incentive for hospitals: In 2017, the federal government will adjust Medicare reimbursements based on a number of conditions, including rate of hospital-acquired infections. Hospitals that perform particularly well will get a bonus reimbursement. Hospitals that do poorly will face penalties.

“We need to do it for the right reasons but also potential reimbursement will be shaping the health care industry,” said Jinadatha. “As health care providers, we owe it to our patients to do a better job. Hopefully the technology being introduced will bring in that reliability in a process that has room for improvement because of human error.”