How do you feel? Video of your face may tell all

How do you feel? Video of your face may tell all 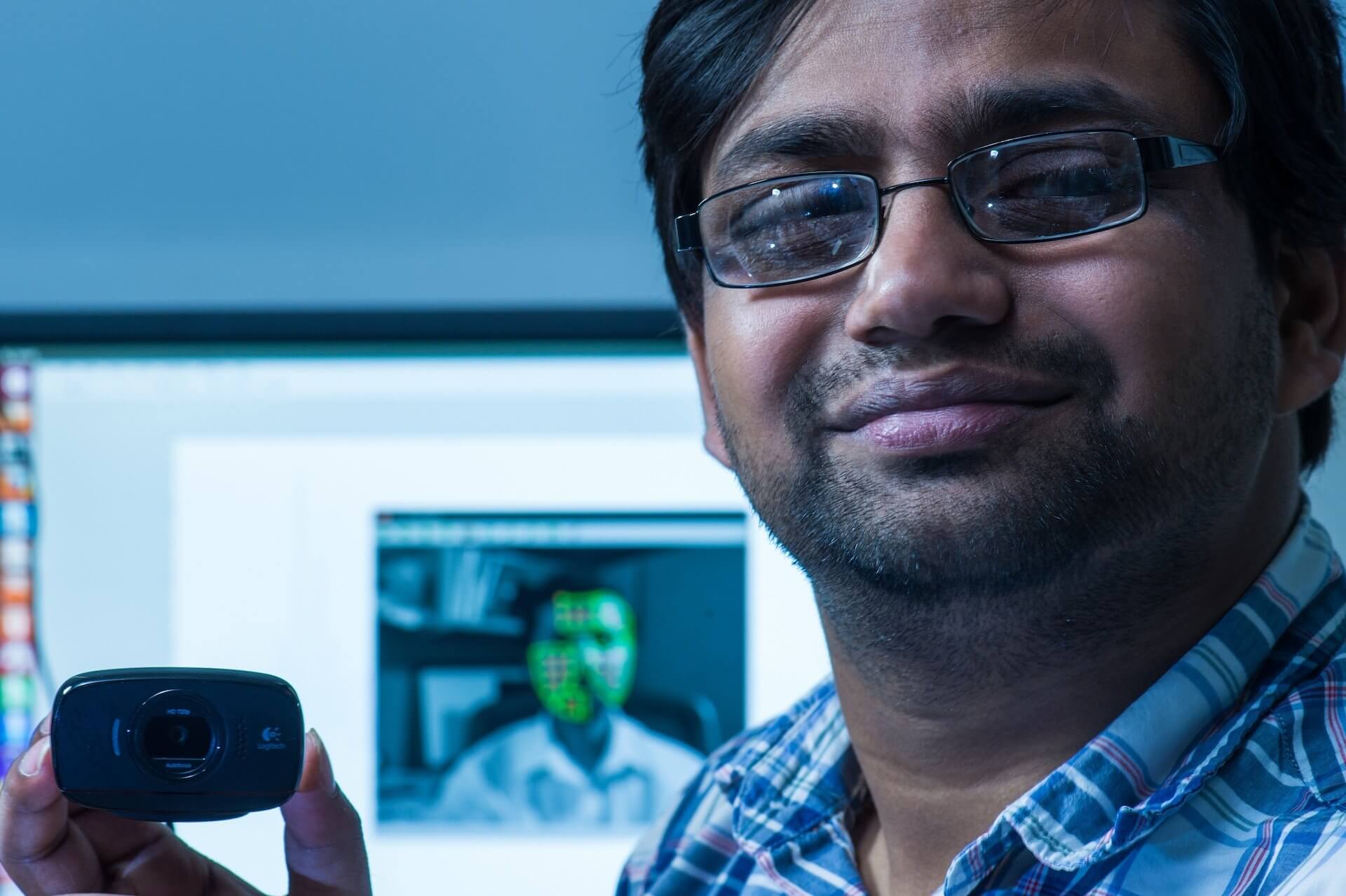 Rice University researchers are developing a highly accurate, touch-free system that uses a video camera to monitor patients’ vital signs just by looking at their faces. The technique isn’t new, but engineering researchers in Rice’s Scalable Health Initiative are making it work under conditions that have so far stumped earlier systems.

The Rice version, DistancePPG, can measure a patient’s pulse and breathing just by analyzing the changes in one’s skin color over time. Where other camera-based systems have been challenged by low-light conditions, dark skin tones and movement, DistancePPG relies on algorithms that correct for those variables.

The team of Rice graduate student Mayank Kumar and professors Ashok Veeraraghavan and Ashutosh Sabharwal created the system that will let doctors diagnose patients from a distance with special attention paid to those in low-resource settings. The lab’s research appear in the Optical Society journal Biomedical Optics Express.

Kumar, the project’s lead graduate researcher, said DistancePPG will be particularly helpful to monitor premature infants for whom blood pressure cuffs or wired probes can pose a threat. In fact, they were his inspiration.

“This story began in 2013 when we visited Texas Children’s Hospital to talk to doctors and get ideas,” Kumar said. “That was when we saw the newborn babies in the neonatal ICU. We saw multiple wires attached to them and asked, ‘Why?'”

The wires monitored the babies’ pulses, heart rate “and this and that,” he recalled. “And the wires weren’t a problem. The problem was that the babies would roll, or their mothers needed to take care of them, and the wires would be taken off and put back on.” That, Kumar said, could potentially damage the infants’ delicate skin.

Kumar and his colleagues were aware of an emerging technique that used a video camera to detect nearly imperceptible changes in a person’s skin color due to changes in blood volume underneath the skin. Pulse and breathing rates can be determined from these minute changes.

That worked just fine for monitoring Caucasians in bright rooms, he said. But there were three challenges. The first was the technique’s difficulty in detecting color change in darker skin tones. Second, the light was not always bright enough. The third and perhaps hardest problem was that patients sometimes move. The Rice team solved these challenges by adding a method to average skin-color change signals from different areas of the face and an algorithm to track a subject’s nose, eyes, mouth and whole face.

“Our key finding was that the strength of the skin-color change signal is different in different regions of the face, so we developed a weighted-averaging algorithm,” Kumar said. “It improved the accuracy of derived vital signs, rapidly expanding the scope, viability, reach and utility of camera-based vital-sign monitoring.”

By incorporating tracking to compensate for movement — even a smile — DistancePPG perceived a pulse rate to within one beat per minute, even for diverse skin tones under varied lighting conditions.

Kumar said he expects the software to find its way to mobile phones, tablets and computers so people can reliably measure their own vital signs whenever and wherever they choose.

The National Science Foundation, the Texas Instruments Fellowship, the Texas Higher Education Coordinating Board and a Rice University Graduate Fellowship supported the research.