UTMB microscope collection among the best

UTMB microscope collection among the best 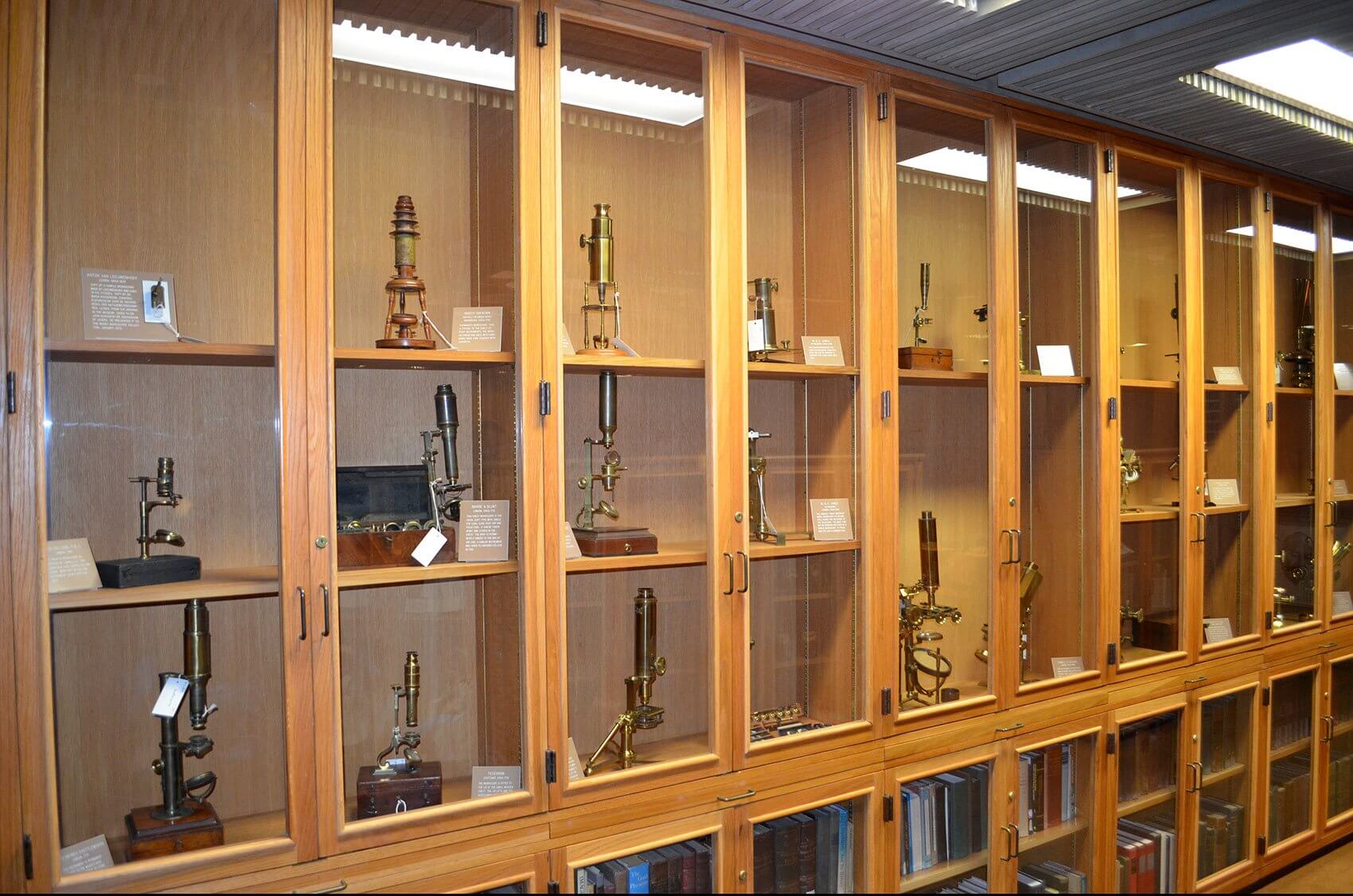 As the state’s first medical school and now a burgeoning academic medical center, the University of Texas Medical Branch’s most visible tie to the past is the original school building, the Ashbel Smith building.

While “Old Red” is the most visible sign of UTMB’s ties to its beginnings, there are other aspects of history at UTMB that may not be so well known. One of those is the historical microscope collection, which is part of the Truman G. Blocker Jr. History of Medicine Collections. Housed in the Moody Medical Library on the UTMB campus, the collection is considered to be one of the best of its type owned by an academic institution in the United States.

“It is hard to adequately illustrate the importance of microscopes in the world of medicine,” said UTMB archivist Robert Marlin. “They opened up new dimensions in science.  Microscopes allowed for the discovery of things previously unseen.”

The collection consists of representative samples documenting the development of microscopy from the 18th through the first quarter of the 20th century.  More than 30 individual makers of microscopes or firms are included in the collection.

The library acquired 33 microscopes from Dr. John Bunyan in 1967 with a grant from the Moody Foundation of Galveston.  Bunyan was a past president of the Royal Microscopical Society of London, and a collector.  There are now more than 100 microscopes in the collection, many of them associated with Bunyan. Others in the collection come from the departments of anatomy and pathology, gifts from former faculty and friends of the university.

One of the most notable instruments in the collection is the circa 1860, French firm Nachet et Fils scope used by Louis Pasteur in his laboratory.  Bunyan gave the compound monocular microscope to the Moody Microscope Collection in 1970 after he received it from the curatrix of the Pasteur Institute Paris.

In 1835 Englishman Andrew Ross produced 10 “ball and socket” microscopes in which a ball and socket joint was placed at the top of the pillar allowing the tube to be adjusted in almost any direction. Of the 10 original instruments Ross made, only five remain, and the only one available for public viewing in the U.S. is part of the Moody Microscope Collection.

“This collection illustrates how the world of medicine gets from point A to point B,” said Marlin. “We care for these historical pieces, while at the same time in the Galveston National Laboratory researchers care for and utilize the most modern microscopes, which are many times more powerful.”

The Blocker collections came into being mostly through the efforts of Dr. Truman G. Blocker Jr., plastic surgeon, medical educator and the first president of UTMB.  In addition to the historical microscopes, the collection also contains rare books, archived records, visual materials and other artifacts such as medical and surgical instruments.