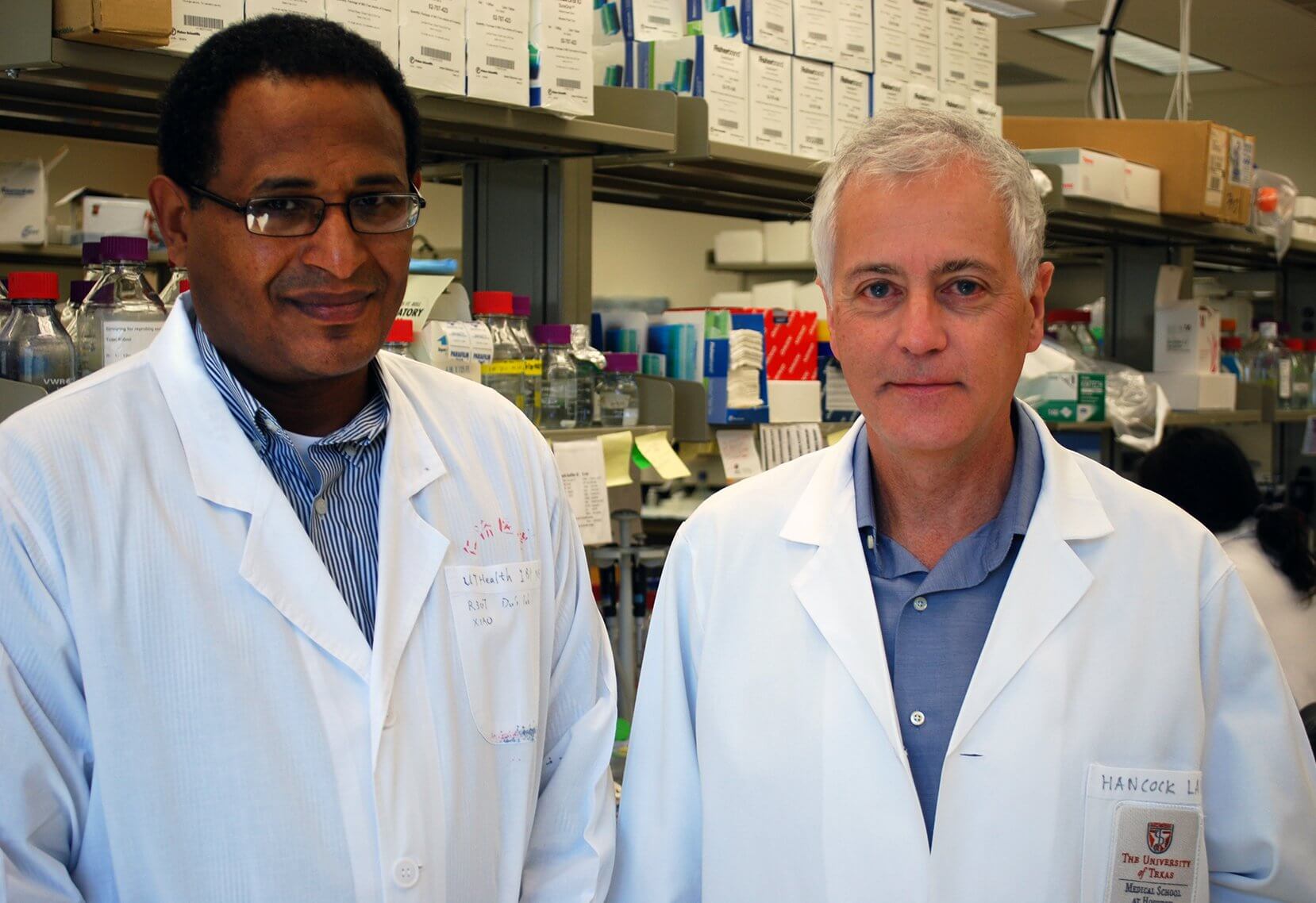 Scientists at The University of Texas Health Science Center at Houston (UTHealth) have been awarded $3,481,666 by the State of Texas to develop innovative treatments for several of the most lethal types of cancer including pancreatic, colon and lung.

The research, which is funded through the Cancer Prevention & Research Institute of Texas, is focused on a molecular mechanism that could be associated with approximately 400,000 new cases of cancer in the United States annually, the researchers estimate.

Cancer is characterized by uncontrolled cell growth and can be caused by breakdowns in the cell signaling cascades. Signals are controlled by molecular switches and their failure can trigger cell growth and division. One of those switches is a protein called K-Ras and its mutated versions are found in about 20 percent of human tumors, researchers report.

Scientists in the UTHealth Medical School are using their two grants to identify new compounds that may ultimately be used treat these cancers as well as to gauge the effectiveness of a promising compound.

“K-Ras is mutated in more than 90 percent of pancreatic cancers, 50 percent of colon cancers and approximately 25 percent of non-small cell lung cancers,” said John Hancock, MB, BChir, Ph.D., ScD., chairman of the Department of Integrative Biology and Pharmacology at the UTHealth Medical School.

“The discovery of drugs to inhibit K-Ras is of vital importance if we are to successfully treat this group of cancers. However, anti K-Ras drugs have yet to be developed,” said Hancock, holder of the John S. Dunn Distinguished University Chair in Physiology and Medicine and executive director of the Brown Foundation Institute of Molecular Medicine for the Prevention of Human Diseases at the UTHealth Medical School.

The co-principal investigators of a $1,969,826 grant – Alemayehu “Alex” Gorfe, Ph.D., and John Putkey, Ph.D. – are using computer simulations to screen millions of compounds, followed by biophysical and cell biological studies of thousands of predicted hits. Their goal is to develop novel therapeutic strategies to inhibit the activity of mutant forms of K-Ras.

“We have decided to attack this elusive foe by assembling a team of experts from diverse fields and adopting a strategy that integrates theoretical biophysics, computational simulations, and high-end nuclear magnetic resonance as well as other biophysical and biological approaches,” said Gorfe, associate professor in the Department of Integrative Biology and Pharmacology at the UTHealth Medical School.

Putkey, a professor in the Department of Biochemistry and Molecular Biology at the UTHealth Medical School, said, “I would hope at the end of this project we would have several promising lead compounds that could be developed into drugs that inhibit the biological activity of mutated K-Ras.”

Whereas Gorfe and Putkey are working to identify new and novel K-Ras inhibitors, Hancock is improving the effectiveness of a promising anti K-Ras medication called fendiline. It is an obsolete antianginal agent used in Europe in the 1980s.

“The purpose of this project is to improve the K-Ras inhibitor function of fendiline by modifying the molecule and synthesizing new chemical derivatives,” Hancock said. “These studies will lead to the identification of more potent anti K-Ras drugs that are ready for evaluation in patients with pancreatic cancer.”

Hancock plans to test enhanced versions of fendiline in a mouse model of pancreatic cancer. Hancock’s grant is for $1,511,840.

Hancock, Gorfe and Putkey are on the faculty of The University of Texas Graduate School of Biomedical Sciences at Houston.

“The work will advance laboratory discoveries to clinically and commercially viable outcomes, which will break new grounds in cancer therapy with profound benefit to millions suffering from the many diverse K Ras-related carcinomas,” Gorfe said.