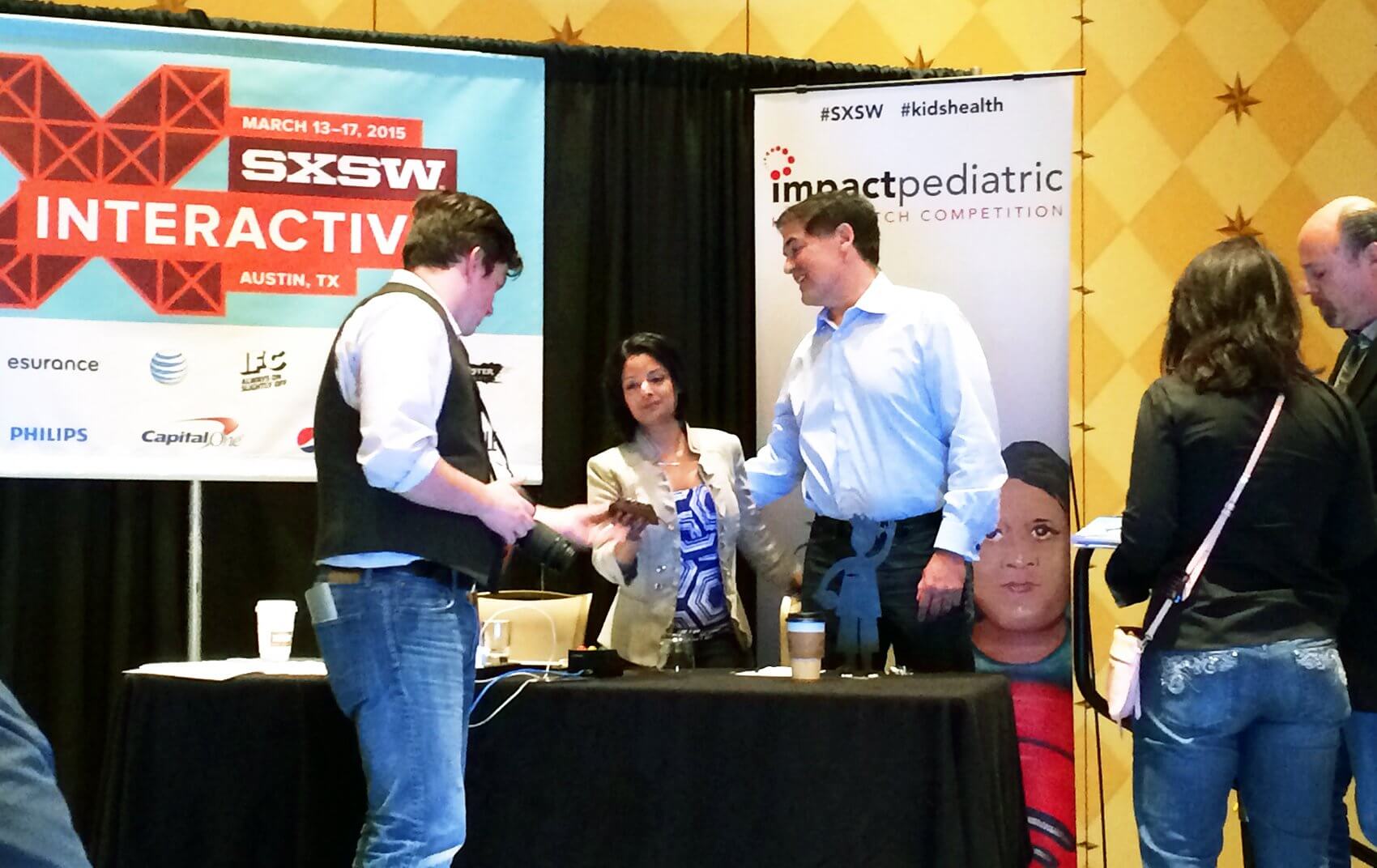 Outside the walls of the Hilton Austin Hotel on Monday, March 16, the streets were buzzing. Participants of this year’s South by Southwest (SXSW) Interactive became a frenetic blur of motion, barely distinguishable among the crowd as badges jostled up and down on their chests, bouncing back and forth between hotel conference rooms that hosted a multitude of events and exhibitions. Inside, at the first ever Impact Pediatric Health Pitch Competition, an event that brought together the nation’s top four pediatric institutions to evaluate a broad swath of digital health and medical technology startups, a quieter moment was taking place.

As innovators from across the country—all focused on improving children’s health—presented their pitches, one in particular stood out from the crowd. Kezia Fitzgerald, the chief executive officer and co-founder of CareAline Products, made a reserved, yet impassioned, plea for her product: a cloth sleeve and wrap that prevents hospitalized children from dislodging central lines that deliver medication for conditions such as cancer.

“Currently, there have been over 3,000 patients that have benefited from our products,” she noted during her presentation. “We believe that CareAline should be the standard of care in all hospitals.” Fitzgerald was prompted to innovate the simple solution out of necessity when her infant daughter was undergoing chemotherapy for neuroblastoma. Her stirring story, combined with the elegant ingenuity of her product, tugged at the heartstrings of the event’s emcee: billionaire entrepreneur, “Shark Tank” member and owner of the Dallas Mavericks, Mark Cuban.

“As an individual entrepreneur, I know it’s rough—you work hard to get your product out there,” empathized Cuban after a brief moment of solemnity upon learning that Fitzgerald’s daughter, Saoirse, had passed away in 2011. That atmosphere evaporated almost instantaneously when Cuban pledged to buy a batch of CareAline’s products and brand them with the Dallas Maverick’s logo, replacing gravity with the roar of cheers and applause. He also offered to make introductions to Dallas hospitals to help solicit sales for CareAline.

“Capacity for real change was certainly an important criteria when judging these competitors,” reflected Michael Belfort, M.D., Ph.D., obstetrician and gynecologist-in-chief at Texas Children’s Hospital. “Given the changing landscape of health care over the next five to ten years, I like seeing companies that are coming out with a device, drug or product that is going to be affordable, can be easily implemented, and has the potential to make a major impact.”

Accounting for roughly 25 percent of the U.S. population, the pediatric market presents significant potential for new companies and products. “The pediatric market is hungry for innovations,” said Brian Lang, chief city architect for Energizing Health Houston and the event’s producer. “We’re focused on treating sick kids and helping them get well, in addition to keeping them healthy and safe day-to-day throughout their life.”

Lang describes the pitch competition as an expression of the importance of building collaborations between large organizations and small entrepreneurs, helping companies pitch to venture capitalists while achieving visibility and exposure to pediatric institutions—and by extension, access to patient populations.

“Kids are more than our future, they are our ‘now’,” he concluded. “Kids are some of our highest users and early adopters of technology. With the increase in big data wearables and global connectivity, it’s imperative that we capitalize on these trends with the goal of improving children’s health.”