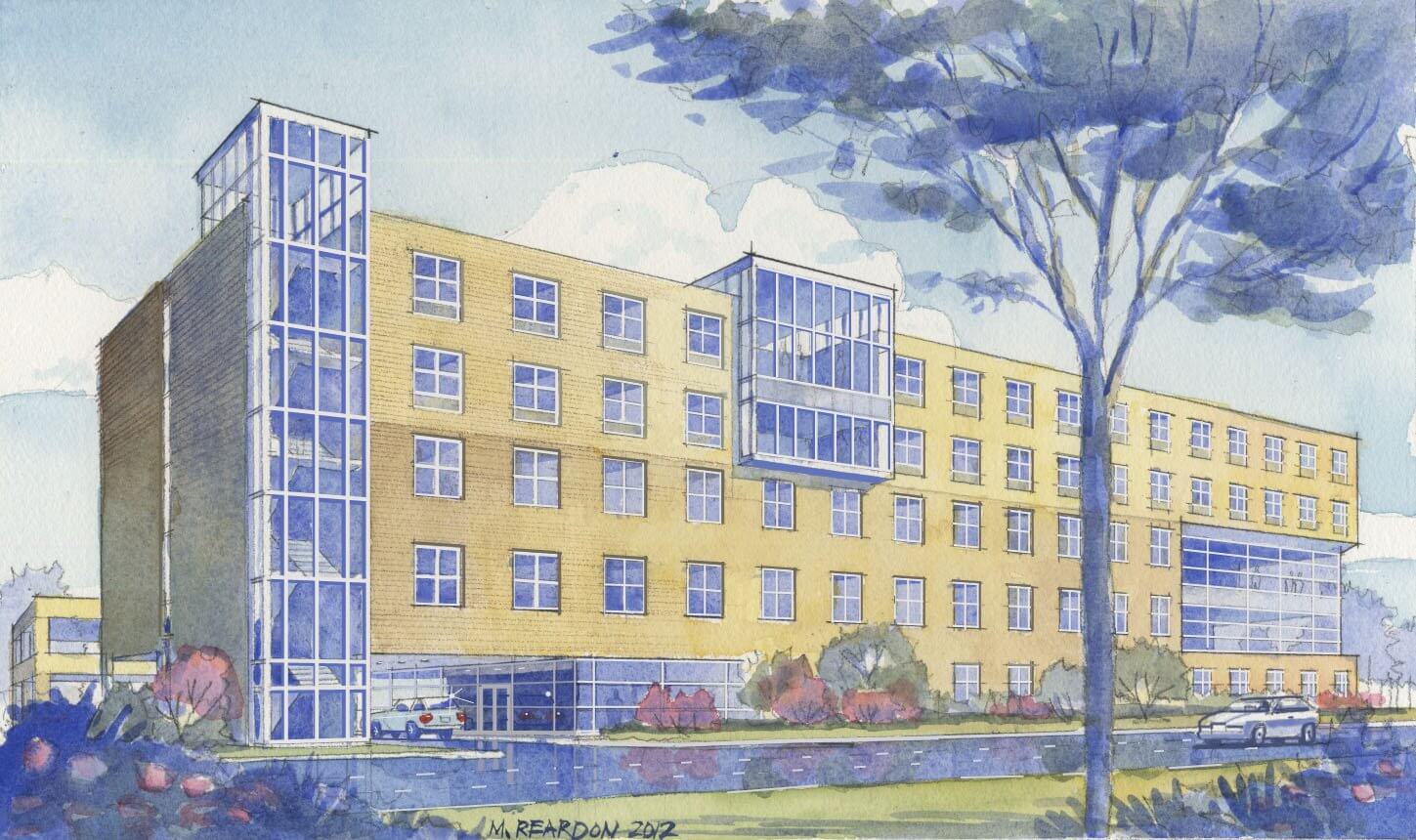 For the 7.2 million patients who visit the Texas Medical Center each year, Houston offers world-class medical expertise, the likes of which cannot be found anywhere else. But for those who must travel from outside the Houston metro area to access that lifesaving treatment, finding a place to stay can be a difficult task. Enter Hope Lodge Houston, the patient residence the American Cancer Society is working to build in the medical center.

The American Cancer Society currently operates 31 Hope Lodge facilities throughout the United States. Houston’s lodge would be the largest, fit for the largest medical center in the world. The site selected for Hope Lodge Houston is located on Almeda Road, on land donated by The University of Texas MD Anderson Cancer Center. Fundraising for construction has been going on for several years, but campaign co-chairs Robert McNair, owner of the Houston Texans, and his wife Janice recently upped the ante.

“For every two dollars we raise, they will match with a dollar, up to four million dollars,” said Sandy Biggers, director of major gift campaigns at the American Cancer Society.

McNair’s own recent cancer battle only increased his desire to see Hope Lodge Houston built, said Biggers. Last August, McNair announced he had a clean bill of health after a 10-month battle with two forms of cancer.

“He saw firsthand all those people who come here to Houston who aren’t from here, and they look lost and scared because the Texas Medical Center can be a little daunting,” said Biggers. “He realized we’ve got to get this done, there are so many people that need it.”

Hope Lodges throughout the country offer a free place to stay for patients and caregivers who must travel far from home for cancer treatment. Traveling for medical treatment can have an immense impact on a patient’s wallet, particularly because many types of treatment, such as radiation therapy, can take weeks.

“Even at a minimal fee, that can be a tremendous financial burden,” said Biggers.

Beyond monetary concerns, often just finding a room is nearly impossible. Biggers cited the recent Houston Livestock Show and Rodeo as an example of complicating factors for visiting patients.

“We get anywhere from 40 to 45 calls a week from people needing lodging,” she said. “Unfortunately, we’re not able to help them very much during these times because there aren’t any hotels available at all anywhere.”

So far, the campaign for Hope Lodge Houston is about halfway to its $30 million goal, thanks to generous donations from corporations, foundations and private individuals. With the help of the McNairs’ fundraising challenge, the American Cancer Society’s goal is to raise enough by the end of 2015 to break ground for construction. Every little bit counts, Biggers said, particularly with the McNairs matching donations.

“It’s an exciting time to be part of this,” she said. “Everything makes a difference, so we want everybody to know we’re grateful for whatever they can give.”