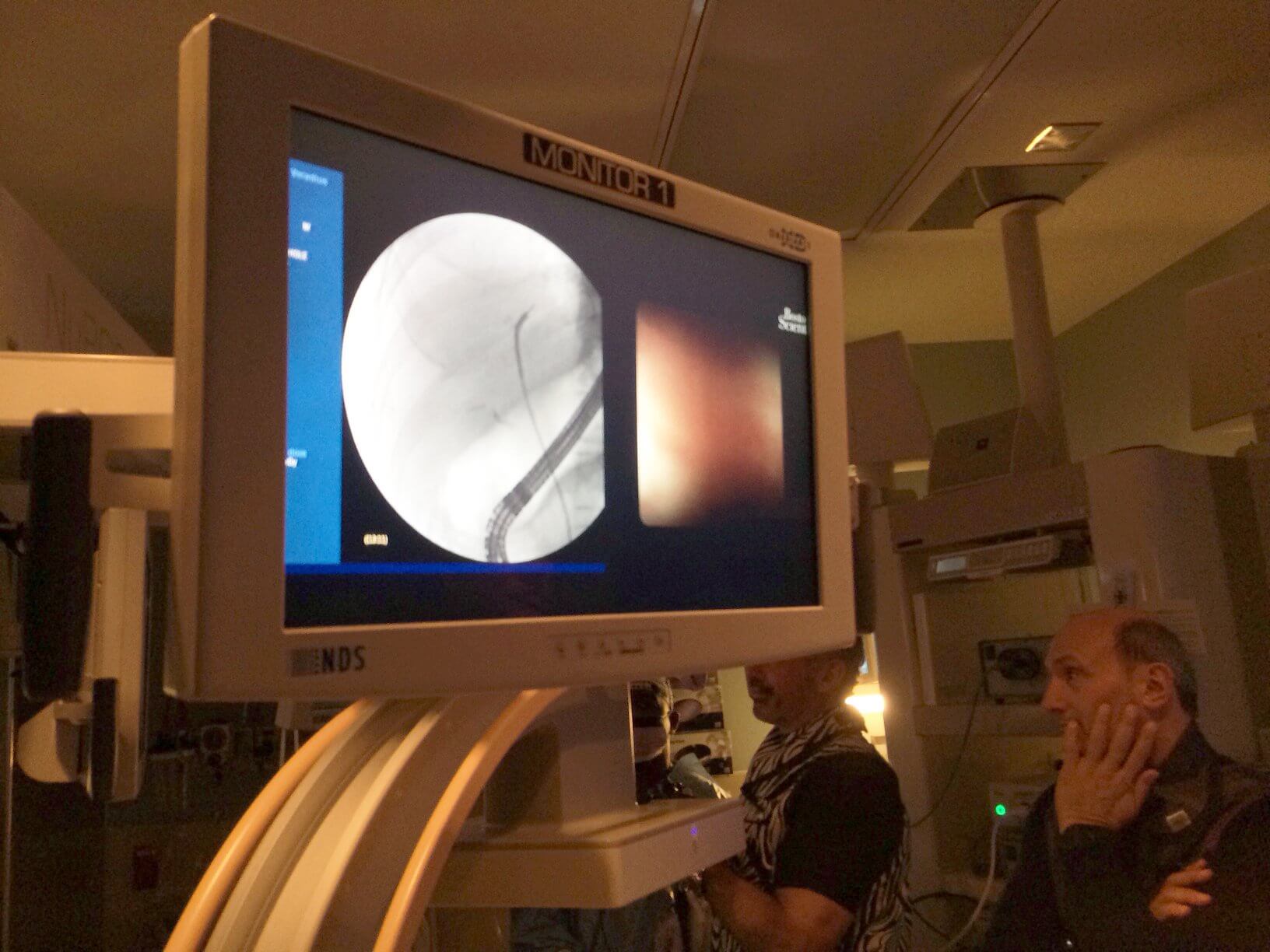 Isaac Raijman, MD, Chief of Gastroenterology at Baylor St. Luke’s, has performed the most procedures in the world using this new technology, which is yielding promising results in improving the efficiency of endoscopic diagnoses and procedures.

“It was like it lifted a curtain from my eyes—it was that dramatic,” Dr. Raijman said, describing the previous images as “foggy and kind of hazy.”

On a weekly basis, physicians from around the country are shadowing Dr. Raijman to learn more about the device. During a recent procedure, he was able to use the SpyGlass system to view images of a lesion on a patient’s liver that would otherwise have been difficult to detect.

The patient was originally referred, from another hospital, to Dr. Raijman for an endoscopic retrograde cholangiopancreatography (ERCP) after liver tests yielded abnormal results.

“When I performed the ERCP, I injected contrast and it didn’t show any abnormality except for the coloring being somewhat abnormal,” said Dr. Raijman. “If I just stop there, I don’t really have a specific diagnosis. That’s where this SpyGlass technology plays an important role.”

While holding a demonstration for a visiting physician, as well as Baylor St. Luke’s colleagues, Dr. Raijman was able to show how the SpyGlass offers a more specific diagnosis for the same patient.

“In one single branch on the left side of the liver, there was mucous. It’s not normal to have mucous there,” he described. “As we were exploring that area, we saw a flat lesion in the bile duct with fronds—it almost looked like an anemone.” Dr. Raijman identified the lesion as a villous adenoma of the bile duct, which has a high possibility of turning into cancer.

“The impact of this is that now we have a specific diagnosis, we know exactly where within the liver it is, and he can undergo surgery and be cured,” added Dr. Raijman. “We perform targeted biopsies; we can do specific breaking of stones and remove them from sites that otherwise would not be possible; and we can identify the cause of certain problems.”

Presently, Dr. Raijman is one of only five physicians using the SpyGlass technology in the world, and has helped refine and develop the technology, which will be released nationally.