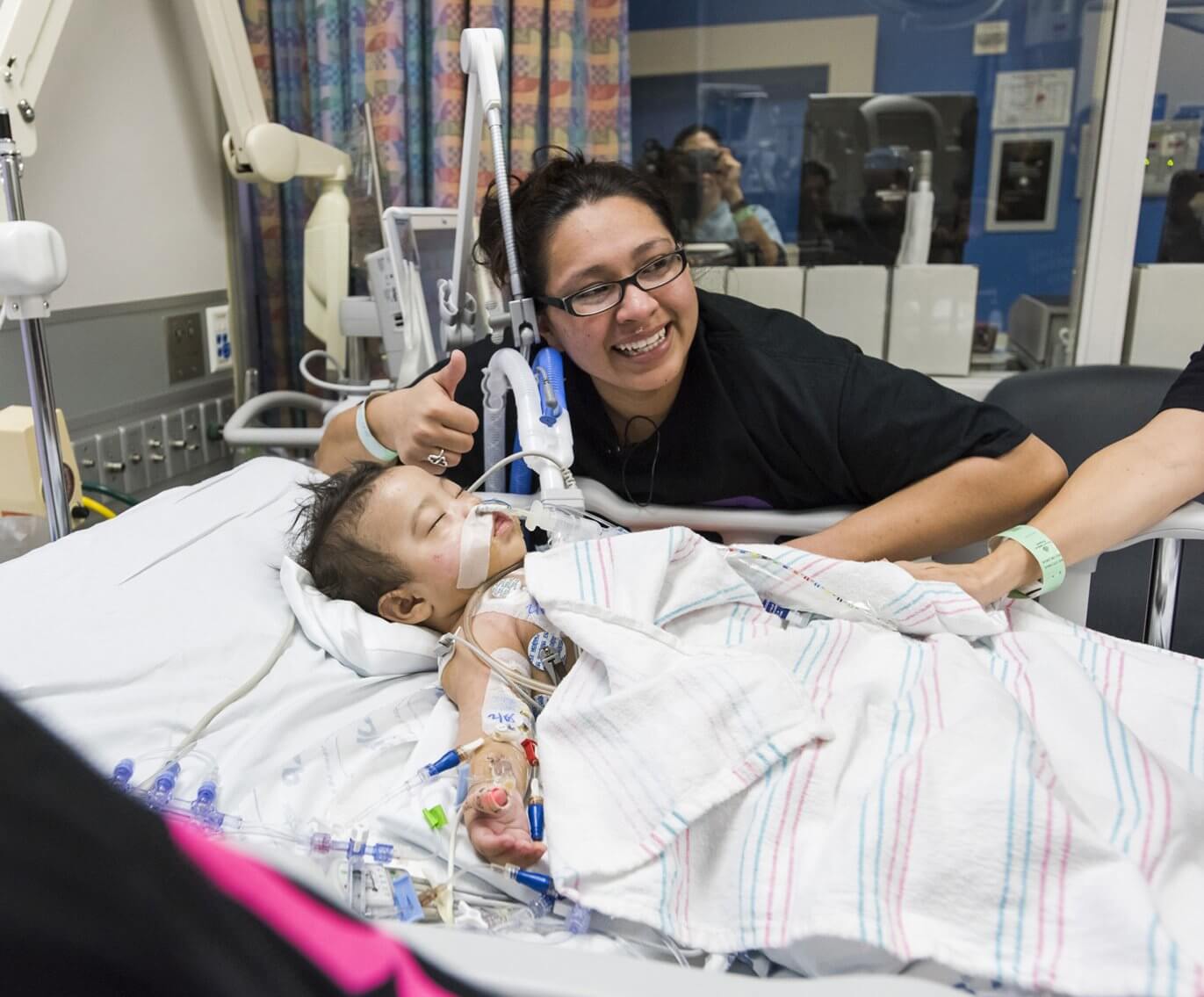 Knatalye Hope and Adeline Faith Mata, conjoined twin girls born at Texas Children’s Pavilion for Women in April 2014, underwent a successful separation surgery on Feb. 17 at Texas Children’s Hospital. A team of more than 26 clinicians, including 12 surgeons, six anesthesiologists and eight surgical nurses, among others, worked together to separate the girls who shared a chest wall, lungs, pericardial sac (the lining of the heart), diaphragm, liver, intestines, colon and pelvis. During the complex surgery, the team worked for approximately 23 hours on Knatalye and 26 hours on Adeline with the official separation occurring approximately 18 hours into the surgery. Among the surgical subspecialties involved were pediatric surgery, plastic surgery, cardiovascular surgery, urology, liver transplant surgery, orthopedic surgery and pediatric gynecology.

“This is the first time a separation surgery for thoraco-omphalo-ischiopagus twins with this particular configuration has been successful,” said Darrell Cass, M.D., pediatric surgeon, co-director of Texas Children’s Fetal Center and associate professor of surgery, pediatrics and obstetrics and gynecology at Baylor College of Medicine. “This surgery was not without its challenges with the girls sharing several organ systems.  Our team has been preparing for this surgery for months and we’ve done everything from working with our radiology experts to build a 3-D model of their organs, to conducting simulations of the actual separation surgery.”

A multidisciplinary team is currently caring for the girls in the Pediatric Intensive Care Unit where it is expected they will continue to recover for a couple of months. It is anticipated they will undergo additional surgeries in the future.

“We are so grateful to all of the surgeons and everyone who cared for our daughters and gave them the incredible chance to live separate lives,” said Elysse Mata, mother of the babies. “We know how much planning and time went into this surgery and we are so blessed to be at a place like Texas Children’s where we have access to the surgeons and caretakers that have made this dream a reality. We also want to express our gratitude to all of the people that have prayed and provided support to our family over the last 10 months.”

About the Mata twins

The family, from Lubbock, learned during a routine ultrasound on Jan. 13, 2014 that Elysse was carrying twins and they were conjoined. Subsequently, the family was referred to Texas Children’s Fetal Center where they underwent extensive prenatal imaging, multidisciplinary consultation and development of plans to achieve a safe delivery and postnatal care.

For the last 10 months, Knatalye and Adeline were cared for by a team of specialists in the Level IV neonatal intensive care unit at Texas Children’s Hospital.

In December 2014, the girls underwent a five-hour surgery at Texas Children’s to place custom-made tissue expanders into their chest and abdomen area. The tissue expanders helped to stretch the babies’ skin in preparation for their separation surgery. More information about the tissue expansion is available here.

The girls will remain at Texas Children’s under the care of a team of specialists until their discharge date, which is at this time unknown.