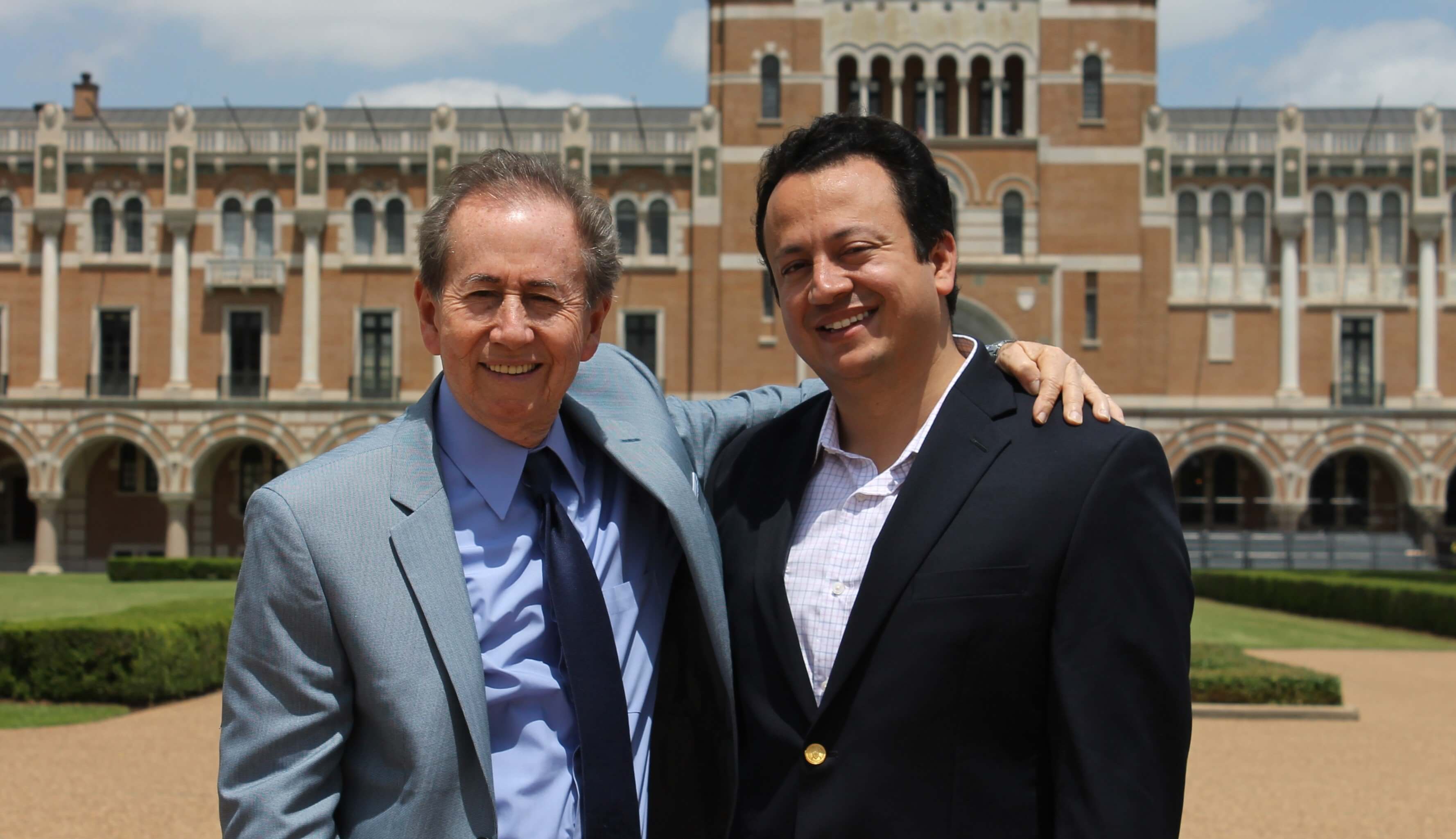 A father and son from Honduras who have been traveling to Houston for treatment at the Texas Medical Center have discovered another of the city’s assets: continuing education at Rice University.

In late December 2013, Dr. Pompeyo Vásquez and his son, Edwing, came from Honduras for a routine checkup at the medical center. It turned out to be a fateful trip for Pompeyo; he was diagnosed with cancer. Faced with follow-up visits for treatment, the father and son found unexpected opportunities across the street from the medical center on the Rice University campus.

“Rice University had certainly appealed to me on the first trip, so on a Friday morning in March 2014, after leaving treatment with my dad, we walked to the campus searching for the Glasscock School building,” said Edwing, who is a committed lifelong learner like his father and has taken continuing education classes at New York University.

“According to my directions, we had passed it (the Glasscock School’s Anderson-Clarke Center) several times, and while we were reading some signs, a woman was headed toward us and we asked for help. She told us that she was actually heading to the new building, so we talked about my studying interests and she encouraged me to register.”

By happenstance, that woman was Kim McGaw, the Glasscock School’s director of professional programs. “It was divine timing,” McGaw said.

Edwing, an attorney who lives in Distrito Central, a city in the Honduran department of Francisco Morazán, signed up for a human resources management class. He subsequently enrolled in four more courses, including a Center for Philanthropy and Nonprofit Leadership course on Campaign Planning and Management. His father often accompanied him to campus to enjoy the respite from the medical center and their hotel room.

“The (Center for Philanthropy and Nonprofit Leadership) course allowed me to have a methodical approach on planning,” Edwing said. “Volunteering has been part of my life, and as a member of different organizations and recently being the vice president of a Rotary Club (Club Rotario Tegucigalpa Metropolitano) and a board member of two other nonprofit organizations, one of them a foundation that I started after my mom passed away in 2013, the course really helped me.”

For the Glasscock School, which enrolls nearly 20,000 students annually and has drawn students from more than 100 countries, Edwing’s enthusiasm was emblematic of the bond students forge with the school.

“We had formed a friendship by the time they were to return to Honduras,” McGaw said. “They were able to experience quite a bit of campus life, including a Rice versus (Texas) A&M baseball game and lunch at the Rice Faculty Club.”

Last October, Edwing accompanied his father to Houston for a six-month checkup and signed up for another course, an online paralegal program, which he is currently taking from Honduras.

“Looking back at 2014, I feel very grateful to Houston, because it allowed my dad to fight cancer and gave me a second chance on learning and keeping my hopes up in order to accomplish my dreams,” Edwing said.