How cancer turns good cells to the dark side

How cancer turns good cells to the dark side 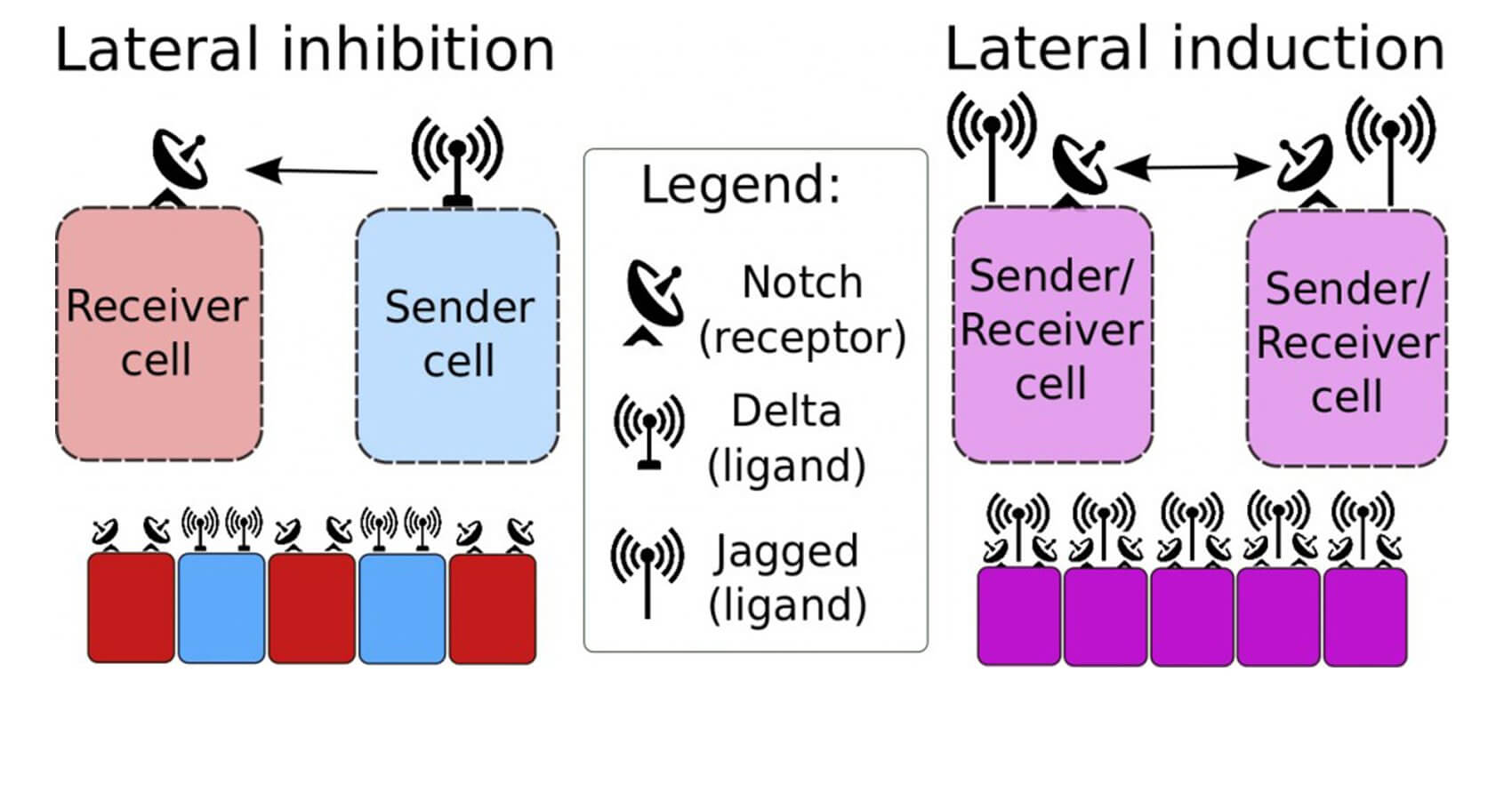 Cancer uses a little-understood element of cell signaling to hijack the communication process and spread, according to Rice University researchers.

A new computational study by researchers at the Rice-based Center for Theoretical Biological Physics shows how cancer cells take advantage of the system by which cells communicate with their neighbors as they pass messages to “be like me” or “be not like me.”

Led by Rice biophysicists Eshel Ben-Jacob and José Onuchic, the researchers decode how cancer uses a cell-cell interaction mechanism known as notch signaling to promote metastasis. This mechanism plays a crucial role in embryonic development and wound healing and is activated when a delta or jagged ligand of one cell interacts with the notch receptor on an adjacent one.

Their open-access study appears this month in the Proceedings of the National Academy of Sciences. It follows a 2014 study in which the researchers mapped the flow of information through genetic circuits involved in cancer metastasis.

“At the heart of our new understanding is that the primary agents of metastasis are clusters of hybrid epithelial (nonmobile) and mesenchymal (migrating) cells,” Ben-Jacob said. “These, and not the fully mesenchymal cells, are the ‘bad actors’ of cancer progression that pose the highest risk. By acting together, these hybrid cancer cells have a better chance to evade the immune system during migration and can better survive while circulating in blood vessels.”

The multifaceted mechanism by which notch-delta-jagged signaling promotes cancer progression has been a mystery until now, Ben-Jacob said, but recent experimental studies have revealed the jagged ligand plays a critical role in tumor progression.

The new study provides a fresh theoretical framework for scientists who study the fates of cells. It shows the presence of jagged ligands can give rise to sender/receiver hybrid cells that send a signal — “be like me” — that is useful for embryonic development and healing, but can also be hijacked by cancer cells.

“We realized that hybrid cancer cells can take advantage of that characteristic to establish stable interactions and turn them into ‘assault teams’ that migrate together during metastasis,” Onuchic said.

The focus of research on notch signaling to date has been on notch-delta signaling alone, Ben-Jacob said. In that case, one cell (the sender) expresses high notch receptor and low delta ligand. The other (the receiver) expresses low notch and high delta. This situation leads the two cells to adopt opposite fates: to “be not like me.”

The first clues biologists had to notch-delta signaling came a century ago in studies of the wing formation of fruit flies. A visual manifestation of cell messaging is in the checkerboard or salt-and-pepper patterns seen in some organisms when cells tell their neighbors to be “not me” and adopt the opposite color. “Since jagged seemed to play a similar role to delta, the focus has been on notch-delta,” Ben-Jacob said. “We were motivated to look closer and focus on the effect of the differences between these ligands.”

Recent findings showed stromal cells in the tumor environment secrete jagged ligands. The Rice researchers found cancer cells hijack nearby stromal cells and prompt them to boost their production of the ligand, reinforcing the cancer’s chances of survival.

The researchers suggested cells’ internal expression of jagged may also increase the production and maintenance of therapy-resistant cancer stem cells.

“Because they have a high likelihood to acquire stem-like properties, when arriving at distant organs they utilize this cellular plasticity to differentiate and adapt to new conditions at the metastasis location,” said lead author Marcelo Boareto, a former visiting scholar at Rice and now a doctoral student at the University of Sao Paulo, Brazil.

The researchers said their model is a step toward deeper understanding of the signaling mechanisms cancer cells use to evade the immune system and treatment.

“Studying single cells cannot give us all the answers,” Onuchic said. “We need to understand the decisions made by the cells that are talking to each other.”

The paper’s co-authors include postdoctoral researcher Mingyang Lu, graduate student Mohit Kumar Jolly and Cecilia Clementi, a professor of chemistry and of chemical and biomolecular engineering, all at Rice. Onuchic is the Harry C. and Olga K. Wiess Chair of Physics and professor of physics and astronomy, of chemistry and biosciences and co-director of the Center for Theoretical Biological Physics. Ben-Jacob is an adjunct professor of biosciences at Rice, a senior investigator at the Center for Theoretical Biological Physics and a professor of physics and the Maguy-Glass Chair in Physics of Complex Systems at Tel Aviv University.