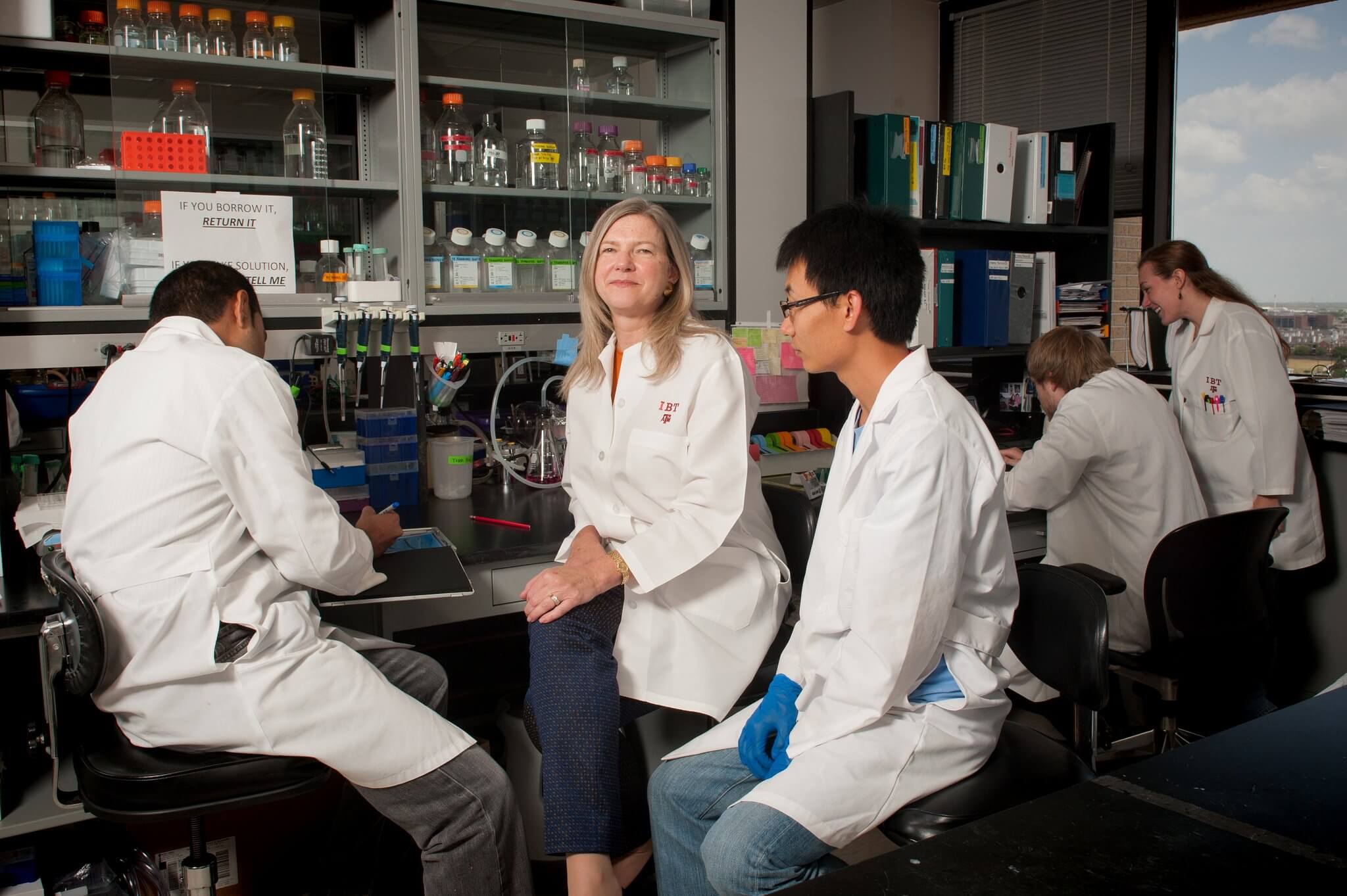 The Texas A&M Health Science Center Institute of Biosciences and Technology (IBT) in Houston recently received an early translational research grant from the Cancer Prevention and Research Institute of Texas (CPRIT) to move recent scientific breakthroughs from the laboratory into drug development for cancers with some of the greatest unmet medical need.

Cheryl Lyn Walker, Ph.D., director of the Texas A&M IBT, along with Peter Davies, Ph.D., M.D., and Vannakambodi Ganesh, Ph.D., both with the Texas A&M IBT, Shuxing Zhang, Ph.D., with the University of Texas MD Anderson Cancer Center and Scott Gilbertson, M.D., Ph.D., with the University of Houston, were awarded $1,999,979 as a collaborative team to translate their discoveries into new drugs for uterine and kidney cancer.

The three-year grant will allow the team to develop drugs that target a tumor suppressor protein, p27, as a new therapeutic approach to treat p27-deficient cancers, including endometrial carcinoma, renal cell carcinoma, and in the future, breast and prostate cancer.

“For a number of years, we have known that p27 inhibits tumor growth, but only in the cell nucleus where it tells the cells to stop dividing,” Walker explained. “However, many cancers drive p27 out of the nucleus and into the cytoplasm, promoting tumor growth and making it very difficult to target for therapeutics.”

Walker and team are working on a therapeutic that will, for the first time, increase levels of this tumor suppressor protein in the nucleus, where it can stop the cancer growth, without increasing levels in the cytoplasm. Utilizing state-of-the-art technology housed the John S. Dunn Gulf Coast Consortium for Chemical Genomics at the Texas A&M IBT, the researchers are currently conducting high throughput screens, looking at hundreds of millions of cells and tens of millions of compounds to find molecules that can raise p27 in the nucleus without raising levels in the cytoplasm.

They have already identified several promising “hits” using this screening approach. As result of the CPRIT support, the team will move forward with the next generation of these compounds that will prove more effective and be better candidates for clinical drug development.

“This tumor suppressor protein has been a potential therapeutic target for at least a decade, but, until now, no one has figured out a way to very specifically increase p27 in the nucleus to block cancer growth,” Walker said. “CPRIT is providing support during this early, critical stage to translate our discovery into drug development, and move it forward into preclinical testing to combat cancer, support that is difficult if not impossible to get elsewhere.”