Journey to the Institute of Medicine

Journey to the Institute of Medicine 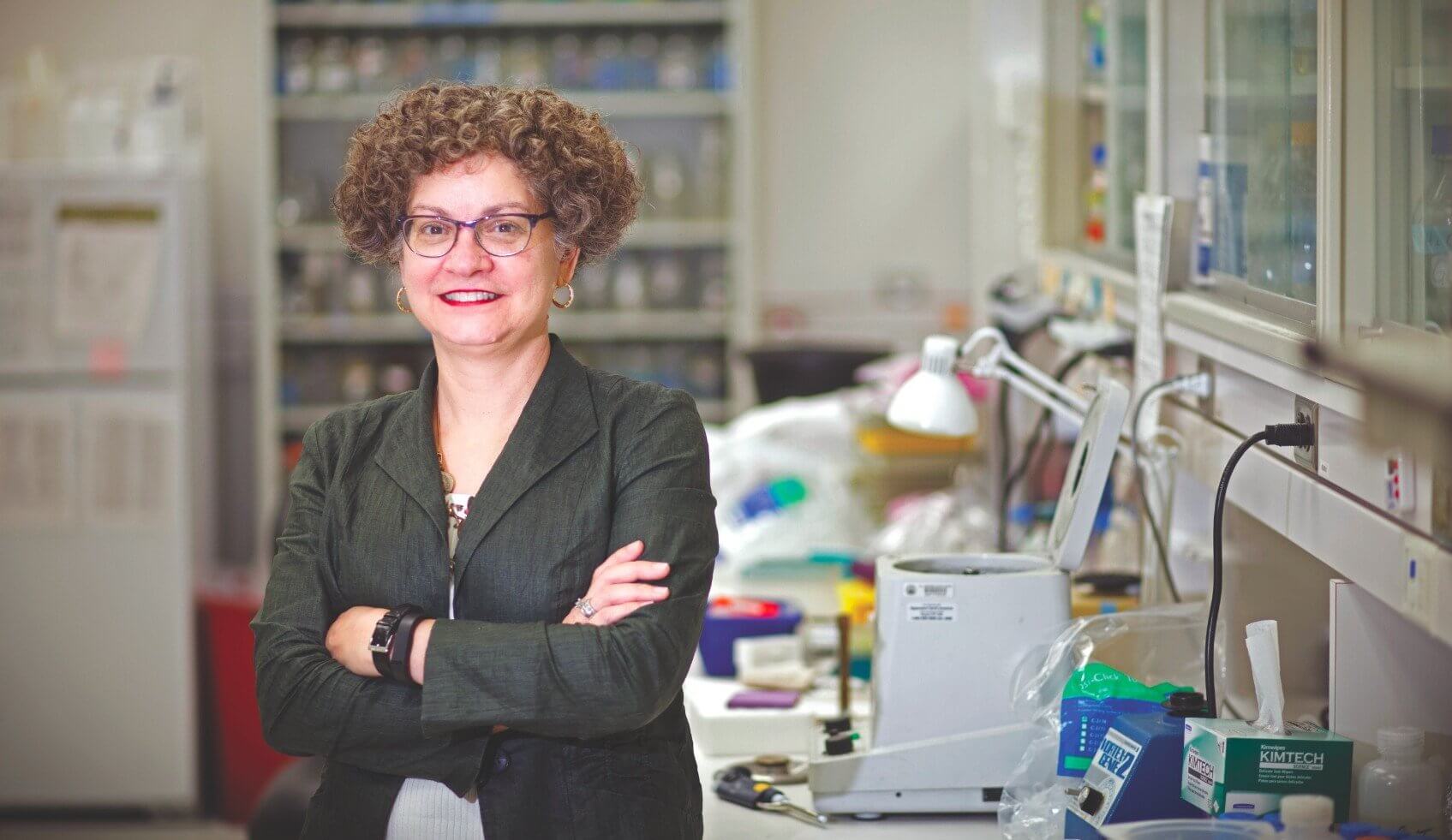 Since the 1970s, the beginning of fall is marked each year by a prestigious honor for up to 70 leaders in biomedical science, health care, health policy and related fields: election to the Institute of Medicine of the National Academies. Most years, members of Texas Medical Center institutions can be found among the new inductees, and this year is no exception.

Three of the 70 new members announced in October have ties to the medical center. Guillermina Lozano, Ph.D., is chair of the department of genetics at The University of Texas MD Anderson Cancer Center, David Piwnica-Worms, M.D., Ph.D., is chair of the department of cancer systems imaging at MD Anderson, and Deepak Srivastava, M.D., the Younger Family Director of the Gladstone Institute of Cardiovascular Disease and director of the Roddenberry Stem Cell Center at Gladstone, is the nonresident scholar for biomedical research policy at Rice University’s Baker Institute for Public Policy.

A parameter for electing new members set by the Institute of Medicine is to build a diverse group of people from a variety of backgrounds, and these three new members embody that goal. They are all accomplished leaders in their respective fields, but each has arrived at this honor thanks to their own unique and groundbreaking body of work.

For Lozano, the path to the Institute is connected to a different path: the p53 tumor suppressor pathway. For years, her work has been focused on the protein known as p53. When p53 is functioning properly, it prevents tumors from developing.

“P53 is a tumor suppressor, and I would say every tumor somehow figures out how to inactivate p53,” said Lozano. “Most of the time it does so by mutating the gene so it’s not functional, but sometimes it overproduces inhibitors of the pathway.” Inactivating p53 allows cancerous cells the opportunity to grow freely.

A discovery Lozano noted as particularly significant in her research was identifying the importance of MDM2 and MDM4 in inhibiting p53. “The very first mouse model we generated was a model that showed how crucial the relationship between MDM2 and p53 is,” said Lozano.

The discovery of that relationship represents just one of the many accomplishments that led to Lozano’s IOM membership, an honor she hasn’t yet fully absorbed.

“It’s just now sinking in,” said Lozano. “I appreciate that the medical community has highlighted and rewarded our accomplishments with this honor.”

While the election represents an acknowledgment of the work Lozano has completed thus far in her career, the research process never ends. There is still more to be done to achieve a full understanding of p53 and how it functions. “The pathway is a very complex and branched pathway,” said Lozano. “We’re trying to figure out what the missing pieces are.”

Among her future goals is characterizing a new animal model to understand p53 somatic mutations.

“All of our models have really revolved around an inherited mutation in p53, so a big part of my lab now is moving towards generating a somatic mutation of p53,” said Lozano. “There are some individuals who inherit p53 mutations but that’s a rare population. Most people have normal p53, but the tumor specifically generates mutations in p53. We have some new models that are going to more faithfully recapitulate that inactivation of p53 in a single cell.”

“It’s a team sport and I’ve had the good fortune of having some outstanding trainees, graduate students, and fellows over the years.” — David Piwnica-Worms, M.D., Ph.D., chair of the Department of Cancer Systems Imaging at The University of Texas MD Anderson Cancer Center

For Piwnica-Worms, also at MD Anderson, the path to the Institute of Medicine was illuminated by a glow familiar to most—firefly luciferase, the enzyme that causes fireflies to glow. As chair of the department of cancer systems imaging, Piwnica-Worms is focused on molecular imaging, which allows researchers to observe cancer cells at work in vivo, or inside the body.

“What molecular imaging is about is trying to visualize molecular and biochemical events within the context of the body using external imaging devices,” said Piwnica-Worms, a pioneer in the development of the field. “Our particular area that we’ve emphasized for many years involves using genetically encoded reporters—using the tools of cell and molecular biology to insert a reporter enzyme that, just like a reporter at a newspaper or on the Internet, can participate and observe something and then report out on it.”

This process involves inserting the firefly luciferase gene into live cells to make them glow and emit photons.

“Using specialized instruments that are very sensitive to those photons, we can map the process that we’ve linked that firefly luciferase reporter gene to,” said Piwnica-Worms. “When engineered into mouse animals with cancer we can observe these dynamic processes of cancer biology in vivo using the bioluminescence imaging approach.”

The field of molecular imaging represents a change in the way cancer research was approached in the past, because it offers the opportunity to observe how cancer cells interact and function while they are inside the body, as opposed to studying cells in culture, on petri dishes.

“We learned a lot from cells in culture, but there are some things you just can’t recapitulate with cells in culture on glass or plastic cover slips, because you’re not getting the same signals that they would be as if they were in the animal or in the human, ultimately,” said Piwnica-Worms. “The whole field of molecular imaging provides that opportunity to study molecular biochemical events in their native context in the whole body.”

A future goal for Piwnica-Worms and his team is to observe those events in the human body, as his team works toward translating the approaches they have used in cell and animal models into human patients.

“One reason I came to MD Anderson a year ago was the opportunity in the collaborative culture here and the huge patient base,” said Piwnica-Worms. “We are looking at some specific opportunities in our cancer metabolism and inflammation imaging to try to think about translating these. None are ready for primetime or clinical applications, in vivo, in the near term but we’re working towards that.”

As he makes plans for the future, the IOM election offers Piwnica-Worms the opportunity to look back at how much the field of molecular imaging has grown and acknowledge all who have contributed to his work.

“It truly represents decades worth of collaboration and wonderful trainees that have been in the lab over time, that have done so much of the hard work,” he said. “It’s always nice to have some recognition and validation of all the hard work. It’s a team sport and I’ve had the good fortune of having some outstanding trainees, graduate students, and fellows over the years.”

As for Srivastava, the third new Institute of Medicine member connected to Texas Medical Center, the path to the IOM began right here in the medical center. Srivastava grew up in Galveston, where his father has worked as a professor and scientist at The University of Texas Medical Branch at Galveston (UTMB) for 40 years. He completed his undergraduate work at Rice University and attended medical school at UTMB. Although his current home base is at the Gladstone Institutes in San Francisco, he still serves as the nonresident scholar for biomedical research policy at Rice University’s Baker Institute for Public Policy.

“These experiences served as the foundation for all the work I have done subsequently,” said Srivastava.

That work includes discovering the gene networks that control the formation of the heart in an embryo, as well as identifying mutations in those genes that cause congenital heart defects
in children.

“Most recently, we redeployed embryonic heart muscle gene networks in scar-forming cells of the heart to regenerate new muscle, thereby repairing the heart after damage in animal models,” said Srivastava. “I am most excited about this latter work since it has the potential to offer hope to the millions of people worldwide suffering from heart disease and may serve as an alternative to heart transplants.”

For Srivastava, in addition to acknowledging his own achievements in medicine, the IOM election offers the opportunity to recognize those who have worked alongside him in the lab.

“There is no higher honor in medicine and I am honored and humbled to be part of this group of exceptional individuals dedicated to improving health worldwide,” he said. “I am also very proud of the former trainees from my lab who are making discoveries in academia and in industry and consider them the most rewarding aspect of my job.”