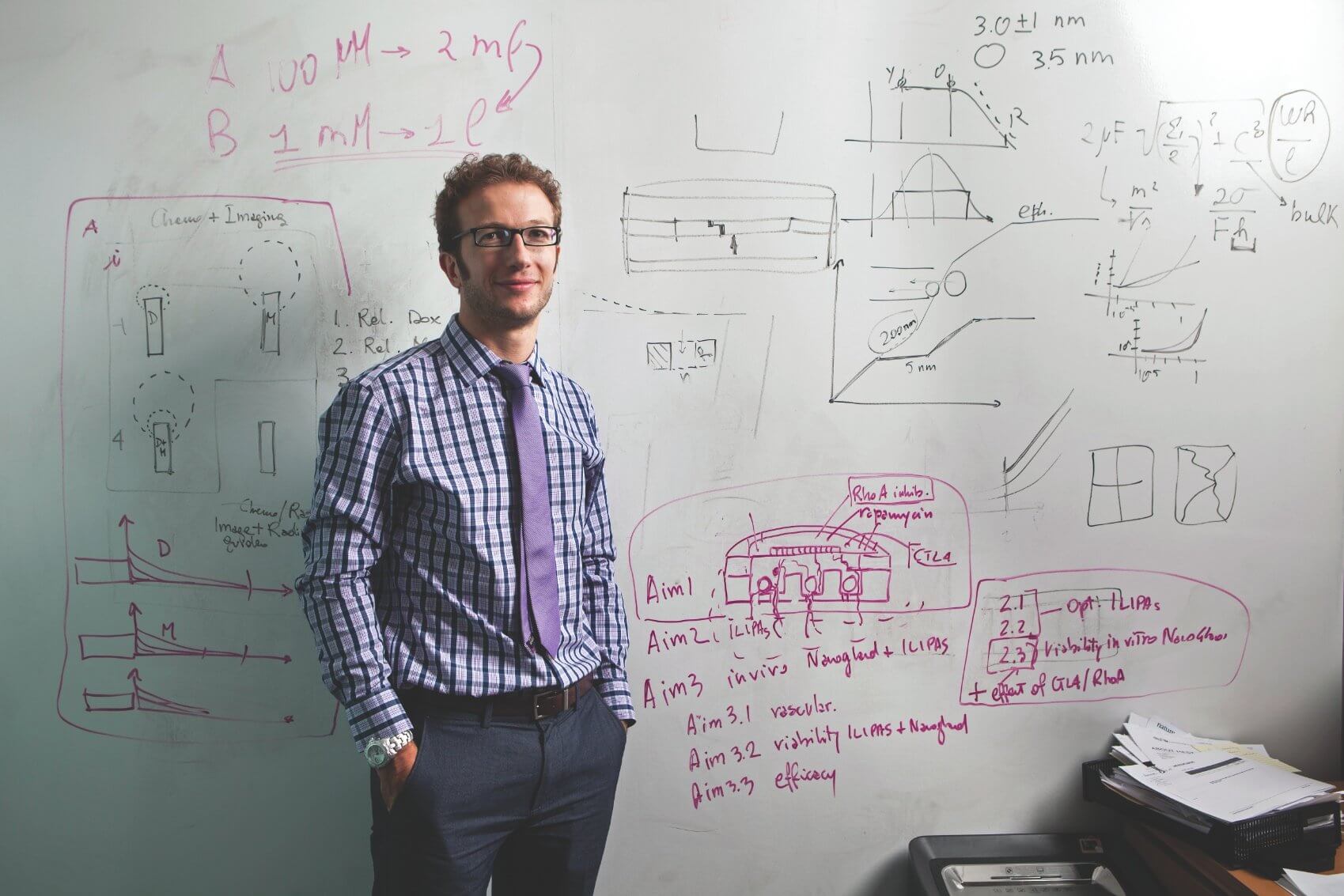 The Houston Methodist Research Institute (HMRI) was recently awarded $1.25 million dollars to develop an implantable drug device that may produce radical changes in both space research and patient care. The grant, which was provided by the Center for Advancement of Science in Space (CASIS), will help scientists aboard the International Space Station (ISS) conduct experiments by giving them the technology to perform in vivo studying, as well as potentially provide future opportunities that would benefit doctors in administering drug treatment for patients remotely.

Keeping in line with the mission of the CASIS organization, the HMRI was chosen for this unique opportunity to conduct experiments on the ISS because of its dual functioning goal. As the sole management team for the ISS U.S. National Laboratory, CASIS awards grants to those who have a clear concept of what they can test at the ISS and how those results can be translated into medical or commercial practice on Earth.

This unique opportunity to test new medical technology in space will be led by Alessandro Grattoni, Ph.D., the Department of Nanomedicine interim co-chair and assistant professor at the HRMI, and Mauro Ferrari, Ph.D., president and CEO of HMRI. Grattoni, Ferrari and their team have over 25 years of experience working on nanotechnology. Together they have created several implant model devices that preceded this device, which Grattoni says is the first they have created to use a tunable release nanochannel membrane.

Over the next five years Grattoni and his team will test their device in the lab as well as aboard the ISS. In space, the scientists who work aboard the station often have practical limitations in handling and administering treatment to the test animals in the ISS. By creating an implantable device that allows the scientists to administer the drugs remotely, more tests are able to be done and the speed with which the scientist can administer and analyze the data is greatly improved.

“On the ISS, you can test on rodents such as rats and mice, but they are enclosed in an animal enclosure module,” said Grattoni. “You don’t have easy access to them for doing all the things you would do in an animal experiment here on Earth. So the limited access doesn’t allow you to dose them frequently with drugs or administer different types of therapeutics.”

In addition to overcoming accessibility issues, the project also expects to take advantage of the unique environmental changes aboard the ISS.

“We can foresee telemedicine approaches where the doctor doesn’t necessarily need to be in direct contact with the patient. Doctors can serve remote geographical places, as well as harsh environmental areas, difficult to reach, such as war zones.” — Alessandro Grattoni, Ph.D.

“The benefit to doing research in microgravity is because natural convection doesn’t occur,” said CASIS Scientific Research and Communications Analyst Emily Roberge. “Things like buoyancy can be dependent on gravity. So when you remove gravity you can reduce the amount of movement within a fluid. You can actually study larger-scale systems, but they behave the way smaller-scale studies do. So instead of studying nanofluidics at the nanoscale, you can study nanofluidic-type behavior on a microfluid scale. You’re bringing it up a magnitude in size, which makes it easier to evaluate what is occurring and perform different types of tests to look at how the fluid and particles behave. Additionally, several pathologies progress more acutely and rapidly in space, as in the case of osteoporosis or muscle atrophy. If you are going to test a treatment for such diseases, you can test it more rapidly in space. It’s the intention of this team to take advantage of that process for testing this device.”

Pending the successful outcome of the device, Grattoni and his team believe there are countless possibilities of what this could mean for clinical application. Using the same concept on Earth could allow doctors to administer medicine to their patients remotely.

“We can foresee telemedicine approaches where the doctor doesn’t necessarily need to be in direct contact with the patient,” said Grattoni. “Doctors can serve remote geographical places, as well as harsh environmental areas, difficult to reach, such as war zones.”

In addition to reducing the need for doctor and patient travel, implantable drug devices could also be beneficial for those suffering from chronic illnesses that may require careful dosage instructions in order for the treatment to be most effective.

“Imagine a patient who has just undergone surgery or is suffering from chronic pain;” said Grattoni. “The doctor needs to evaluate the level of pain and adjust the drug recommendations. Many times the patient may be debilitated. It would be much better for the patient to stay at home, call the doctors and the doctor could remotely control the administration of the pain medication and the dose.”

In another example, Grattoni discussed how some prescriptions work best when they are taken during certain times of the day and are very dependent on the biological circadian cycle. Certain drugs, he says, work best in the morning and others in the evening. But it’s not uncommon for patients to not follow the suggested schedule or to forget doses.

With the use of an implantable device, doctors could ensure that the treatments could be administered without interrupting the patient’s schedule and doses would not be missed, increasing the likelihood of a successful recovery.

“The way we give drugs today is still rudimentary,” said Grattoni. “Once medications are given orally or through injections, the concentration of drug spikes in the plasma and then little by little decays below therapeutic levels. In numerous instances, what you really want is to maintain the drug concentration in the plasma at a the therapeutic level until you are finished treating the patient.”

Grattoni believes his new device exceeds the abilities of the state-of-the-art and clinically available implantable drug delivery systems. In his opinion, these systems are still critically flawed due to their inability to give consistent dosages.

“All of the polymer degradable technologies are designed, in theory, to give you a constant dosage, but as a matter of fact they aren’t capable of doing so because of the way the polymer degrades,” said Grattoni. “So they have the capability of delivering a drug for a long period, but never maintaining it on the level that you would actually want.

“In some instances, such as in testosterone replacement therapy, urologists prescribe little degradable pellets of testosterone and these are supposed to deliver constantly for months,” he continued. “Due to the inconsistent delivery rate of degradable polymeric systems during the first days after implantation, patients may experience a surge of testosterone, above what they really need. They will feel like lions, but then the levels will drop day after day until they are back below physiological level. With our device, this would not happen, as constant drug delivery will be tightly controlled for the duration of the treatment.”

As he prepares to begin his five year project with CASIS, Grattoni is confident that what he is developing will help further research aboard the ISS, as well as have an enormous impact on drug administration. For now, only time will tell the impact of this partnership.

“I think it’s very easy to see the applications (of this work) for personalized medicine,” said Roberge. “Implanting a drug device that will be targeted in a certain area, as well as being able to control the timing and amount of drug release will change the way we are able to treat people. I think that is really exciting and a big move towards the future of personalizing medicine.”