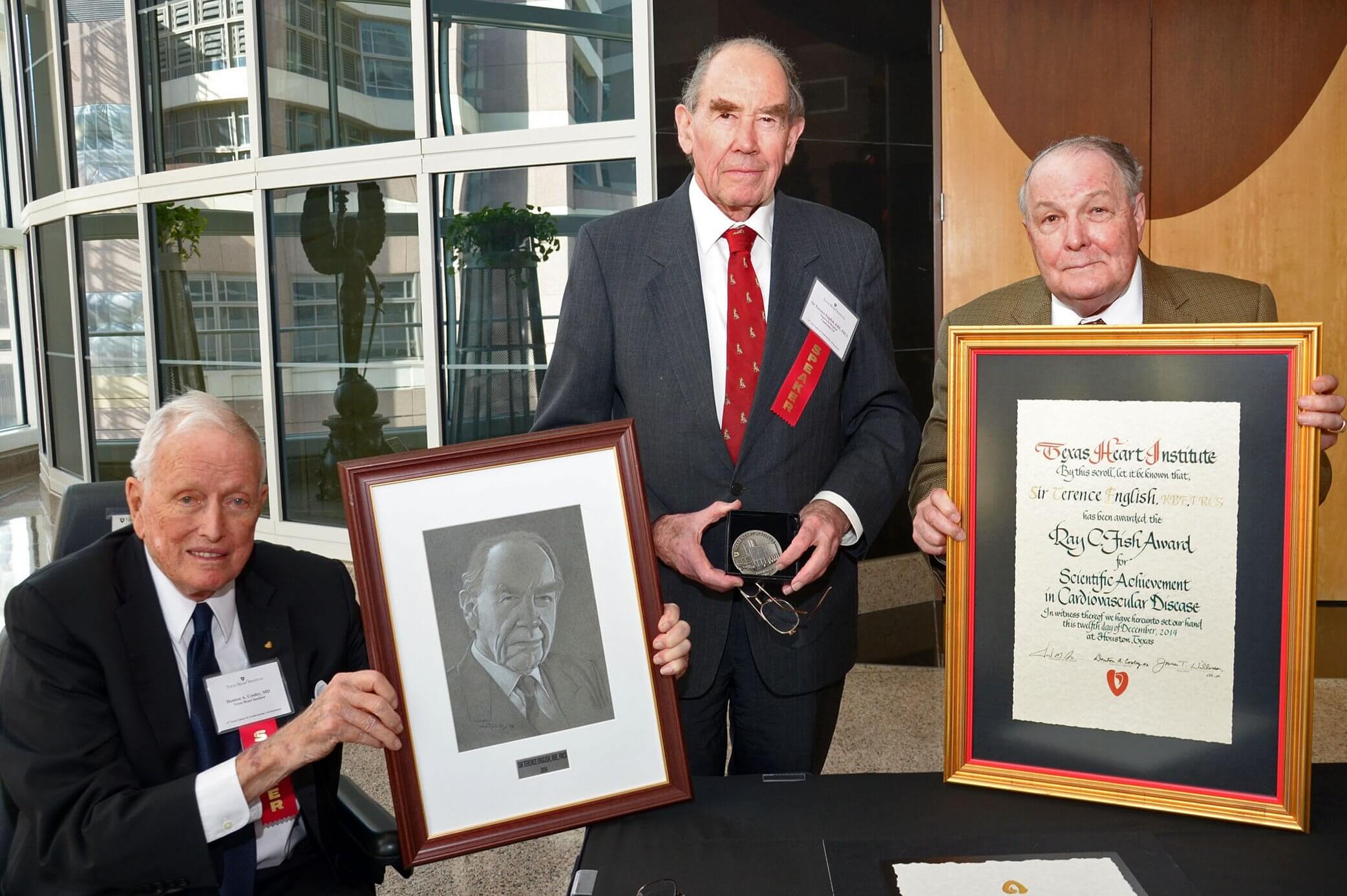 Presented by famed heart surgeon and THI founder Denton A. Cooley, MD, and by THI President James T. Willerson, MD, during the 14th annual Texas Update in Cardiovascular Advancements Symposium, the award recognizes those whose innovations have made significant contributions to cardiovascular medicine and surgery.

Sir Terence was responsible for establishing the internationally renowned heart transplant program at Papworth Hospital near Cambridge, where he performed Britain’s first successful heart transplant in 1979.

He was born in South Africa in1932 and educated at Hilton College in Natal. He then obtained a BSc in Mining Engineering at Witwatersrand University in Johannesburg. However, shortly before completing his degree, he decided he would rather be a doctor, and a small inheritance enabled him to study medicine at Guy’s Hospital in London.

In 1973, Sir Terence was appointed Consultant Cardiothoracic Surgeon to Papworth and Addenbrooke’s Hospitals in Cambridge. In 1989, he became President of The Royal College of Surgeons and was later described in the BMJ (Originally the British Medical Journal) publication (1997) “With Head and Heart and Hands” as, “perhaps the best president of the medical royal colleges since the war”. He was elected Master of St Catharine’s College, Cambridge in 1993; Deputy Lieutenant of Cambridgeshire in 1995 and in the same year became President of the British Medical Association.

Following retirement in 2000, Sir Terence has remained active and involved with a number of charities. He is currently Patron of the Primary Trauma Care Foundation and is passionate about delivering courses in trauma care to developing countries. He also enjoys participating in long 4X4 “adventure drives” to remote parts of the world.

The 14th Texas Update in Cardiovascular Advancements Symposium is being conducted on Dec. 12-13. The annual Continuing Medical Education (CME) event is designed to update medical professionals and researchers on the status and future directions of cardiovascular research and medicine.