Preparing for a Public Health Crisis

Preparing for a Public Health Crisis 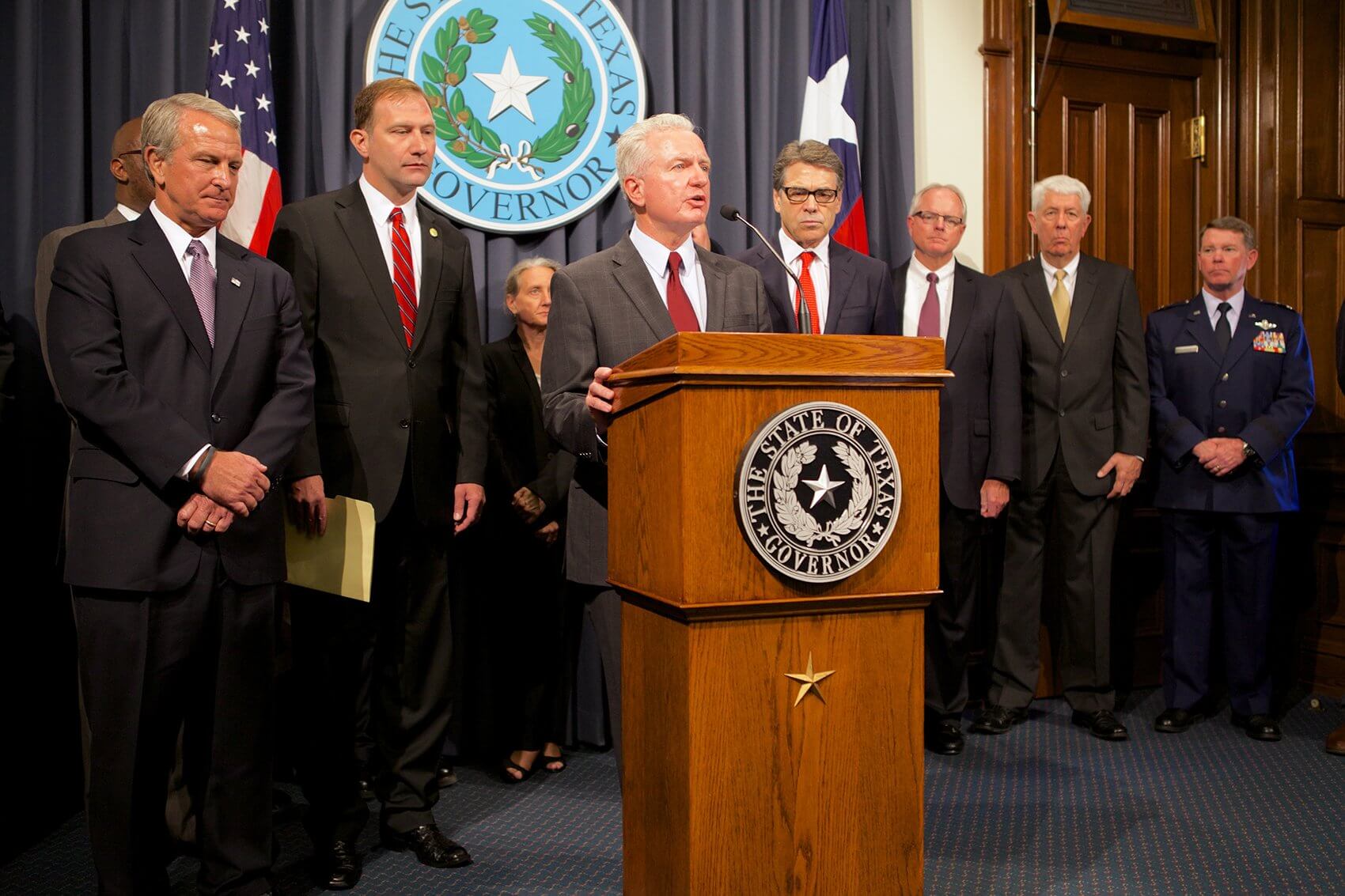 On Oct. 6, one week after a patient was diagnosed with the Ebola virus at Texas Health Presbyterian Hospital in Dallas, Gov. Rick Perry issued an executive order to form of the Texas Task Force on Infectious Disease Preparedness and Response. Though the announcement came on the heels of growing concerns about Ebola in the United States, the task force will focus on assessing the state’s capabilities to prepare for and respond to any emerging infectious disease, not limited to Ebola.

“Over the past several days we have learned a lot about the unique challenges of situations like this, and it’s important that we continue to adapt our response to these realities,” Perry said at a press conference. “This task force will develop a comprehensive, longterm plan to ensure Texas deals effectively with any potential outbreak, building on our existing State Emergency Plan, and will cover all phases of preparedness and response.”

The task force is made up of public health experts, epidemiologists and leaders of state agencies. A number of Texas Medical Center physicians and experts are among its members, including the director, Brett P. Giroir, M.D., chief executive officer of Texas A&M Health Science Center.

“Infectious disease outbreaks are real, and they are inevitable given our interconnected world where an outbreak anywhere is a risk everywhere. We must be fully prepared as a state to address this challenge,” said Giroir. “Governor Perry is mobilizing the tremendous wealth of expertise within the state to assure that we are as prepared as possible for any further Ebola case—both in the near and long term—as well as for other public health threats that will inevitably occur.”

The task force has already met several times and has identified a number of priorities. The initial areas of focus include hospital preparedness and the potential role of improved rapid diagnostics; command and control issues; organization and implementation of epidemiologic investigations and monitoring; decontamination and waste disposal; patient care issues; care of patients being monitored; and handling of domestic animals in contact with patients.

In order to ensure health care providers are prepared to handle infectious diseases, the task force will also study the procedures surrounding the Ebola patient treated in Dallas, where nurses giving treatment contracted the disease. “We will certainly look into the situation that led to a transmission of Ebola to health care workers to ensure lessons are learned and appropriate actions are taken to prevent such a scenario from occurring again,” said Giroir.

As information spreads about the Ebola virus and its presence in the United States, so has a certain amount of misinformation and fear, particularly in terms of how the disease is transmitted. Giroir spoke to those fears, saying, “It’s important to reiterate that Ebola is only transmitted through bodily fluids, and while it’s a highly contagious virus with relatively high mortality rates, the general public should realize that unless they have had direct physical contact with a symptomatic Ebola patient, they do not have Ebola.”

The task force has already issued its initial recommendations in a letter to Perry. Among the proposals are: establishing specific hospitals designated as official Ebola treatment facilities, with The University of Texas Medical Branch at Galveston offered as a suggestion, the creation of a transportation team to bring infected patients to the treatment facilities, and preventing people from traveling for at least 48 hours if they have been in contact with patients who have Ebola or other infectious diseases. The task force is expected to submit at least two additional reports to Perry and the Texas legislature. Further reports may be issued if the task force deems it necessary.