The Pen & the Scalpel: An artist, a journalist, and two doctors weigh in on matters of the heart

The Pen & the Scalpel: An artist, a journalist, and two doctors weigh in on matters of the heart 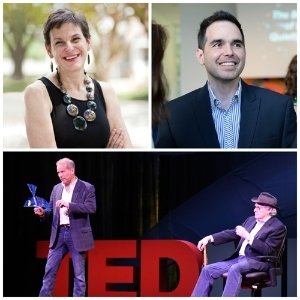 Dario Robleto’s current Menil exhibition, The Boundary of Life is Quietly Crossed, inspires this evening of conversation between the artist and an award-winning journalist and two eminent heart surgeons. The ties that bind these masters of their crafts are the workings of the human heart — and their residency in the incubator of invention that is the City of Houston.

Presented by the Menil Collection and the Cynthia Woods Mitchell Center for the Arts, University of Houston, The Pen & the Scalpel promises to test the boundaries that separate art and science.

Join in this multi-disciplinary (that is, freewheeling) conversation.
Executive editor of Texas Monthly and co-author of Power Failure: The Inside Story of the Collapse of Enron, Mimi Swartz is an investigative reporter and essayist whose work has appeared in The New Yorker, Vanity Fair, Esquire, Slate, Vogue, National Geographic, The New York Times (Op-Ed page and Sunday Magazine). In her next book, she traces the history of the artificial heart and the drama of its development.

Dr. O.H. “Bud” Frazier is Chief of the Center for Cardiac Support and Director of Cardiovascular Surgery Research at the Texas Heart Institute. Dr. Frazier has been a pioneer in the treatment of severe heart failure and in the fields of heart transplantation and artificial devices.

Director of the Center for Technology and Innovation and Co-Director of the Cullen Cardiovascular Research Laboratory at the Texas Heart Institute, Dr. William E. “Billy” Cohn has more than 70 U.S. patents granted or pending, and another 60 international patents for his medical innovations.