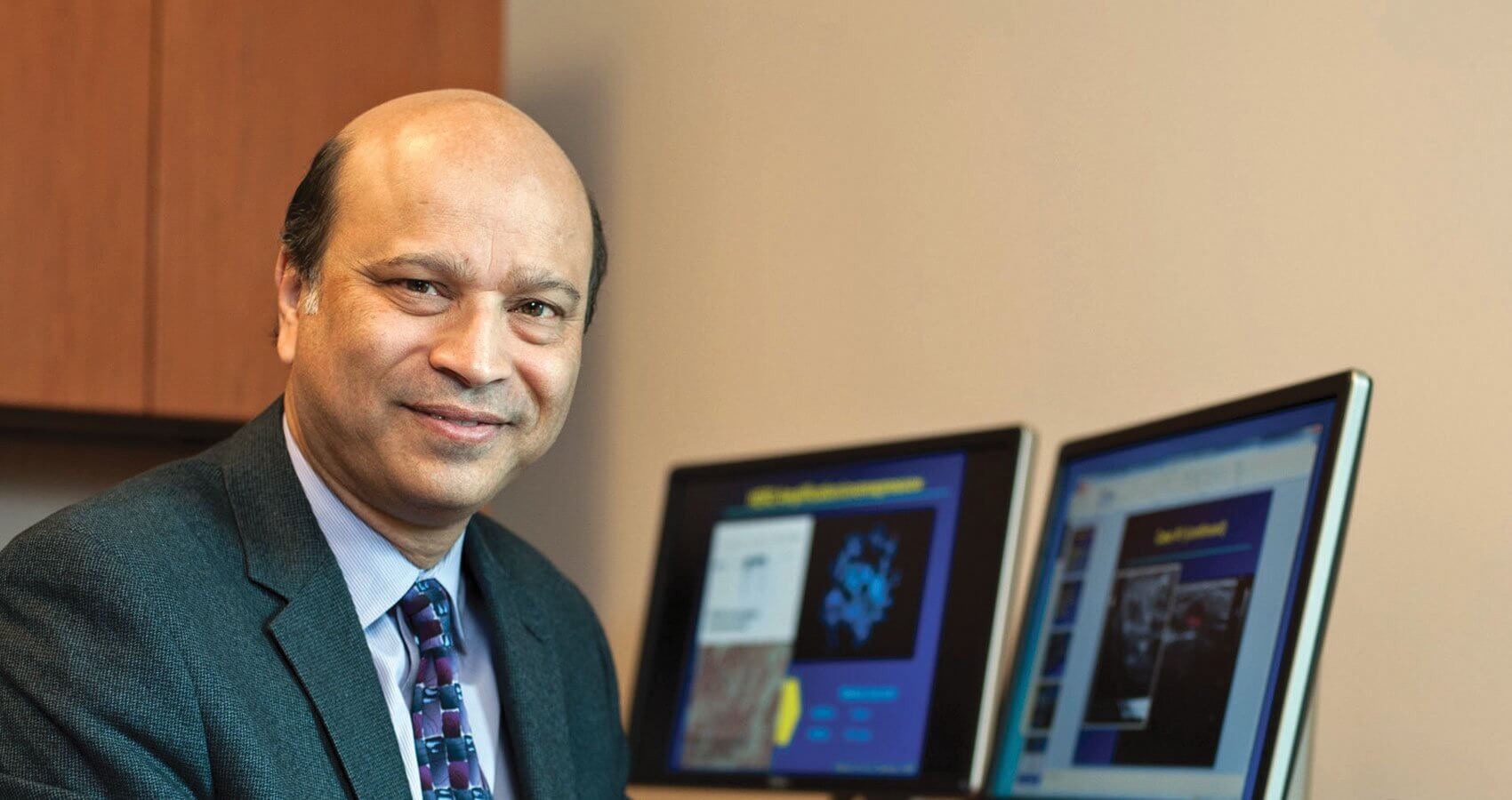 Few people are more intimately acquainted with innovation in the field of breast cancer research and treatment than V. Craig Jordan, Ph.D. Numerous groundbreaking discoveries are credited to Jordan, but his most widely known achievement is turning a failed contraceptive into tamoxifen, the estrogen-blocking breast cancer drug responsible for saving countless lives. Now the man known as the “father of tamoxifen” is bringing his talents to The University of Texas MD Anderson Cancer Center.

Jordan’s recruitment is one of several exciting new developments in MD Anderson’s Breast Medical Oncology Department. The department also has a new chair, Debu Tripathy, M.D., who joined MD Anderson in late August with big plans for the future of breast cancer research and treatment at the hospital.

A key element of those plans includes moving the department in a more patient-focused direction that involves tailoring breast cancer treatments to each individual patient’s specific needs.

“In this new age of molecular biology and a growing understanding of what actually drives breast cancer,” said Tripathy, “we are very excited about applying this knowledge and developing a cutting-edge program that takes advantage of this information and is able to personalize and individualize therapies for breast cancer patients.”

In decades past, researchers were looking for one miracle drug, the “magic bullet” that would cure cancer. These days, however, breast cancer treatment has evolved into something much more nuanced and individualized.

“We’re recognizing that everybody’s cancer is different—when you think about it, cancer is survival of the fittest,” said Tripathy. “Cancer cells don’t become cancer cells overnight, they slowly evolve over time. So by the time we actually detect a cancer that we can see on the screen or we can remove surgically, it already has a lot of genetic lesions that have given it an advantage to grow.”

Understanding the differences unique to each individual patient and devising a treatment based on those differences is integral to the future of MD Anderson’s Breast Medical Oncology Department.

“The field has really changed into developing drugs that are tailored for specific patients,” Tripathy explained. “You’re not only developing new drugs but you’re also working on ways to find out how to match the right patient to the right drug.”

According to Tripathy, this process of personalizing therapy, known as precision medicine, will be “the pathway forward” in cancer research. It will most likely depend on creating cocktails of multiple drugs customized to each individual patients’ needs, very similar to the direction HIV and AIDS treatment has taken in recent years.

“What drives me is the ability to find and develop better outcomes for our patients with breast cancer, and the program that I develop is going to be very patient-focused,” said Tripathy. “Everything I do is with that mission in mind.”

Another goal for facilitating innovation at MD Anderson is to promote collaboration between researchers and clinical teams and a multidisciplinary approach to developing new treatments.

“Research, by definition, is a search for new treatments that will improve patient outcomes,” said Tripathy, “but it has to go through a very rigorous process and it requires a laboratory team that works very closely with a clinical team.”

Jordan is a new star player on that laboratory team. A professor in breast medical oncology and molecular and cellular oncology, he will continue his work using hormonal therapy to both treat and prevent breast cancer.

“He’s considered, by just about everyone in the field, to be the person who brought hormonal therapy to the forefront,” said Tripathy. “Treating patients with hormonal therapy—therapy that targets the estrogen receptor pathway—remains our most potent tool in lowering the risk of recurrence and improving survival for women with breast cancer.”

Jordan’s contributions to the groundbreaking field of hormonal therapy date back to the tamoxifen discovery in the 1970s, though his interest in laboratory experimentation began even earlier.

“I was allowed by my mother to convert my bedroom to a chemistry laboratory in my teens, and there would always be something blowing up or being thrown out of the window, the curtains would be on fire,” Jordan recalled of his childhood. “This passion for chemistry for the service of society by making medicines is something that was just was there…from being a teenager I’ve thought about nothing else.”

When Jordan first conceived using hormonal therapy to target estrogen growth, he said the notion was laugh- able to many critics.

“Where we were 40 years ago was basically non-specific therapies, combination chemotherapies that tended to hurt the patient more than the cancer,” said Jordan. “Combination chemotherapy was king. That was going to cure cancer…there was no place in the artillery for anything else.”

At that time, shortly after Jordan finished his Ph.D., women diagnosed with breast cancer faced a bleak and uncertain future.

“When I started in the 1970s, if my mother had had the diagnosis of breast cancer, she would have died pretty quickly,” he said. “There was no mammography, there was radical mastectomy, there was treatment in the last year of life. That was it.”

Breast cancer treatment today looks vastly different, largely thanks to a stroke of imagination, a vision Jordan had to use a failed contraceptive to treat cancer. He admits the idea seemed “ridiculous” to many at the time, but the critics did not derail his determination. That failed contraceptive became tamoxifen.

“The drug wasn’t my discovery, it’s how you use it and that’s the absolute key here. There are so many drugs that are thrown away because nobody could figure out how to use them,” said Jordan. “It’s being able to be the champion of something and building on your success.”

Now Jordan will build on that success at MD Anderson, continuing his pioneering hormonal therapy work.

“His laboratory has made some very interesting observations about the biological pathways involved in estrogen that could be capitalized to develop newer and better treatments,” said Tripathy. “We are very excited to have his brilliance here to continue our research trajectory.”

After over four decades of visionary discoveries in breast cancer research and treatment—from tamoxifen to the more recent raloxifene, a selective estrogen receptor modulator that prevents osteoporosis as well as breast cancer—Jordan’s focus remains on future discoveries.

“Down in Texas we’re going to absolutely spend the next five to ten years working on a hormone replacement therapy for women that will prevent breast cancer, will give them benefits, and will not cause cancer,” said Jordan.

As they spoke of a brighter future for breast cancer patients, both Jordan and Tripathy described MD Anderson, and the entire Texas Medical Center, as a hotbed of innovation in the field.

“I think the overall environment here is really an excellent one and one that will serve the people well,” said Tripathy. “It’s really all about making sure that we, little by little, eradicate cancer, and it’s only going to come through coordinated effort.”

Jordan echoed that sentiment, explaining the collaboration and powerful interactions between the laboratory, the clinic and the community at large drew him to MD Anderson.

“The secret for me was you have ideas, you prove you’re successful, you have complete commitment and enthusiasm,” he said. “This is the top place in the world where we can put the next range of ideas into action.”