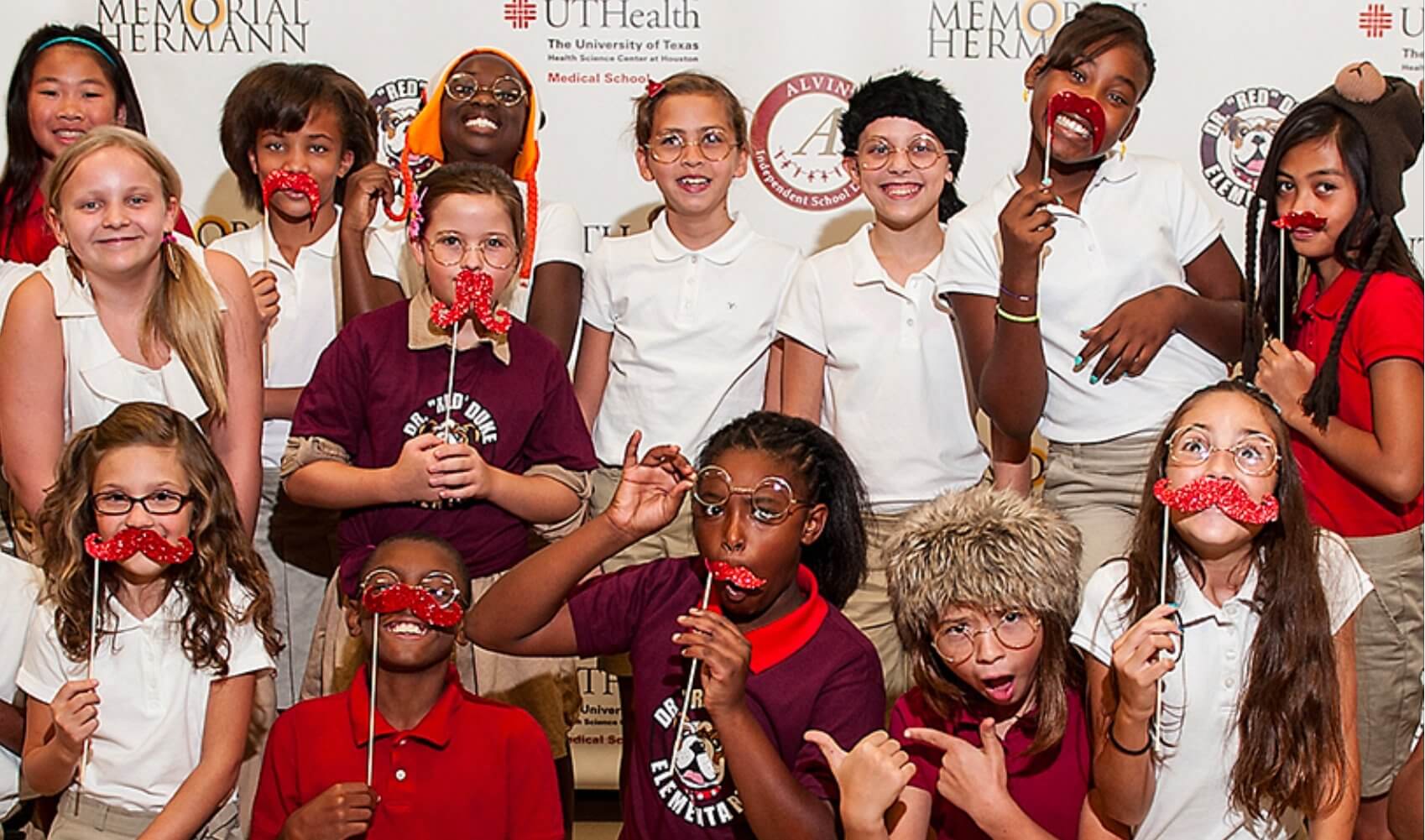 Throughout his career as a trauma surgeon for The University of Texas Health Science Center at Houston (UTHealth) Medical School, James “Red” Duke Jr., M.D., has repeatedly made his mark on history. An instrumental figure in establishing the Memorial Hermann-Texas Medical Center trauma program in 1972, Duke later played a pivotal role as founding director of Memorial Hermann Life Flight, the renowned air ambulance program for which he still serves as medical director. As a result of the nationally syndicated Texas Health Reports, which educated millions about topics ranging from kidney stones to injury prevention, he became one of the most recognized personalities in his field.

On September 7th, representatives from Alvin Independent School District (ISD), Memorial Hermann-TMC, UTHealth Medical School and the Pearland, Alvin and Manvel communities gathered to celebrate the official dedication ceremony of the Dr. James “Red” Duke Elementary school. The Alvin ISD Board of Trustees selected the name of the district’s newest campus in honor of the distinguished surgeon.

“I’m such a fortunate man, I can’t even try to put dimensions on it,” said Duke, also professor of surgery and the John B. Holmes professor of clinical sciences at UTHealth Medical School. “I honestly don’t know why I was ever picked for the privilege of having this school named after me; I’m humbled beyond words but I am grateful beyond words as well. The fact that the school is an elementary school is extra special— this is such a formative time in children’s lives, when they begin to really perfect those things you learn about courtesy, respect and honesty. That’s what it’s all about.”

Duke is known around the world for his extraordinary efforts to train medical students, residents and surgeons, improve outcomes for injured patients and educate the public about important health issues.

Approximately 500 people attended the 45-minute dedication ceremony, featuring a performance by Alvin ISD’s cast from “Peter Pan, the Musical,” two Duke Elementary students sang the National Anthem, the presentation of colors by Boy Scout Troop 414, and a brief video on the history of Memorial Hermann Life flight. A special video tribute to Duke from the students of Duke Elementary showcased their gratitude towards their school’s namesake. The event also featured a “photo booth,” where participants both young and old were invited to put on wire-rimmed glasses and red mustaches, a playful reference to Duke’s iconic visage.

“For more than 50 years, Dr. Duke has saved lives and inspired others to do the same,” said Craig Cordola, CEO of Memorial Hermann-TMC. “A colorful personality, he has lived a robust life of service and extraordinary accomplishments. In addition to his dedication to serving patients, he has always been passionate about teaching and now his legacy will be known to generations to come.”

Duke Elementary is a two-story campus with a total enrollment of 852 students, as of September 5th. Located in Manvel, Texas, the campus serves students in pre-kindergarten through fifth grade and includes areas for physical education, art, music and special classes. The school has adopted a bulldog mascot and the official colors of maroon and white, in honor of Duke’s alma mater, Texas A&M University. Duke Elementary opened its doors for the first time on August 25th, ushering in the first day of the 2014-2015 school year.

“This campus is named after a great man who has made a significant impact on our community, and has definitely left his mark in history,” said Fulvia Shaw, principal of Duke Elementary. “We will work to ensure that the students who come through the doors of our school will be inspired to be innovative, develop a passion for learning, and make a commitment to improving their community. They will be encouraged to reach their full potential, and have a clear understanding of the importance of Dr. Duke and all that he stands for. When they grow up, they will be equipped with the necessary skills and tools to be outstanding leaders.”

“Our students will create a world where they belong,” she added. “They’ll take ownership as empowered individuals, and they will leave a lasting impact.”