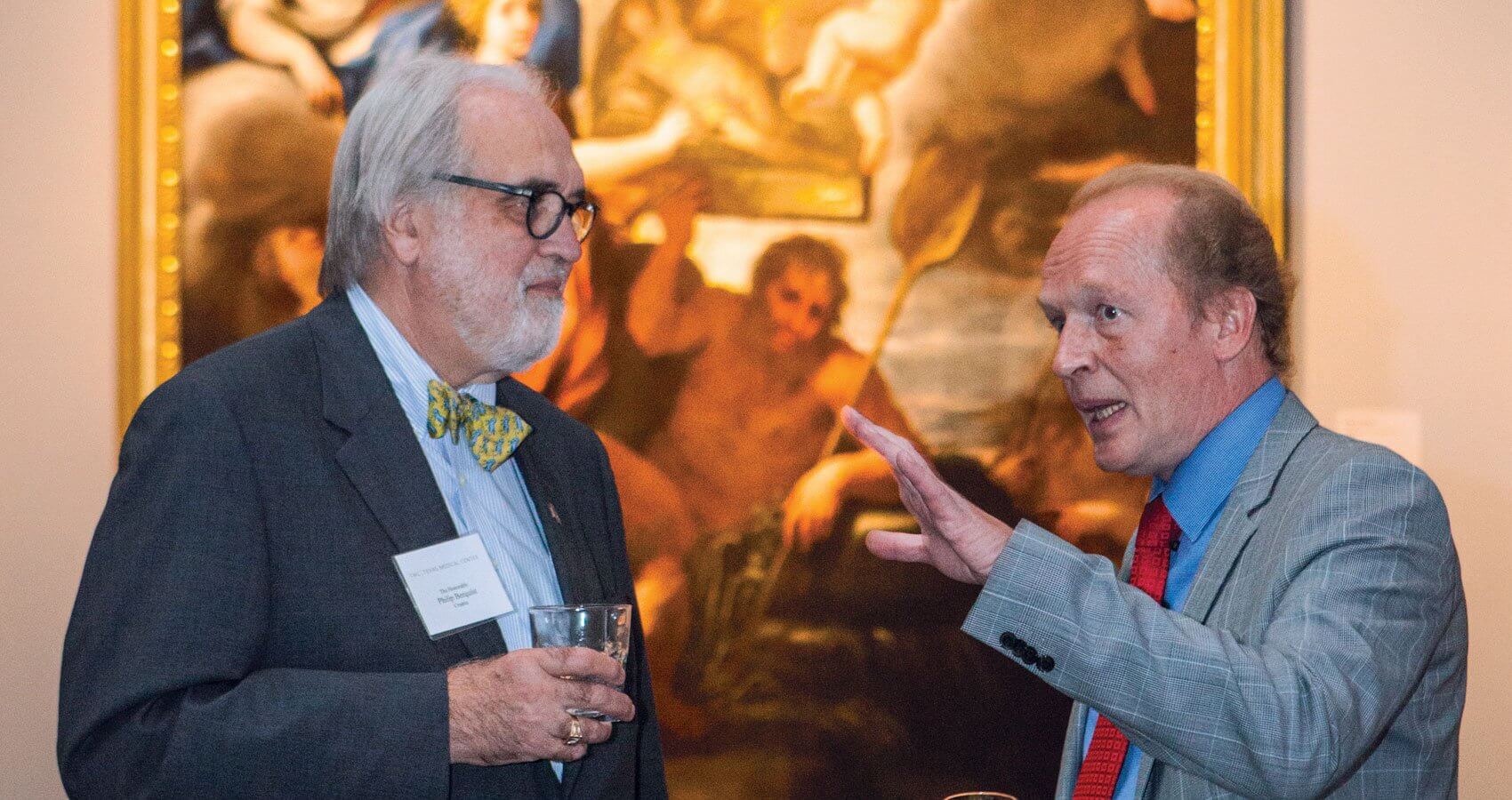 On September 17th, the Texas Medical Center hosted a reception honoring the Consular Corps of Houston. Held at the Museum of Fine Arts, Houston, the event brought together consular officials from 92 countries and representatives from Texas Medical Center member institutions to discuss health care programs, opportunities and academics.

“The Consular Corps of Houston is an essential resource for the almost 20,000 international patients who seek medical treatment in the Texas Medical Center each year,” said Robert C. Robbins, M.D., president and chief executive officer of the Texas Medical Center. “We value our relationship with the Corps and look forward to assisting them for many years to come.”

Houston has the third largest consular corps in the nation after New York and Los Angeles. There are approximately 92 consulates in Houston, from Albania to Vietnam. Consular officials develop economic, commercial, scientific and cultural relations between the countries they represent and the area in which they serve. An important function of a consulate is to help increase commerce—trade, technology transfer and investments—both ways. Consular officials provide a wealth of information on the economy, society, culture and tourism of the countries they represent.

Thousands of international patients visit the Texas Medical Center each year for patient care services, bolstered by the understanding that the quality of the care they receive and the collective scope of the health services provided are unsurpassed anywhere in the world. At the same time, the various member institutions in the Texas Medical Center provide services throughout the world as part of their collective missions—there are more than 200 separate and distinct international programs focused on patient care, education and research.

The importance of helping these patients navigate the overwhelming network of institutions within the medical center, while simultaneously solidifying international efforts, spurred the mutual desire to develop a stronger relationship between the medical center and the Consular Corps of Houston.

“This relationship ultimately leads to the bottom line, which is education,” said Louis A. Browne, Ph.D., honorary consul of Barbados and executive advisory committee member for the Consular Corps of Houston. “There’s tremendous need for education in several of these countries. I make it a point to recommend that every visitor take a tour of the medical center—many Texas Medical Center institutions are looking for relationships with some of the countries that we represent, and it provides the administration with an opportunity to establish footholds for development.