Buoyed by state funding, biomedical sciences are booming in the Texan city 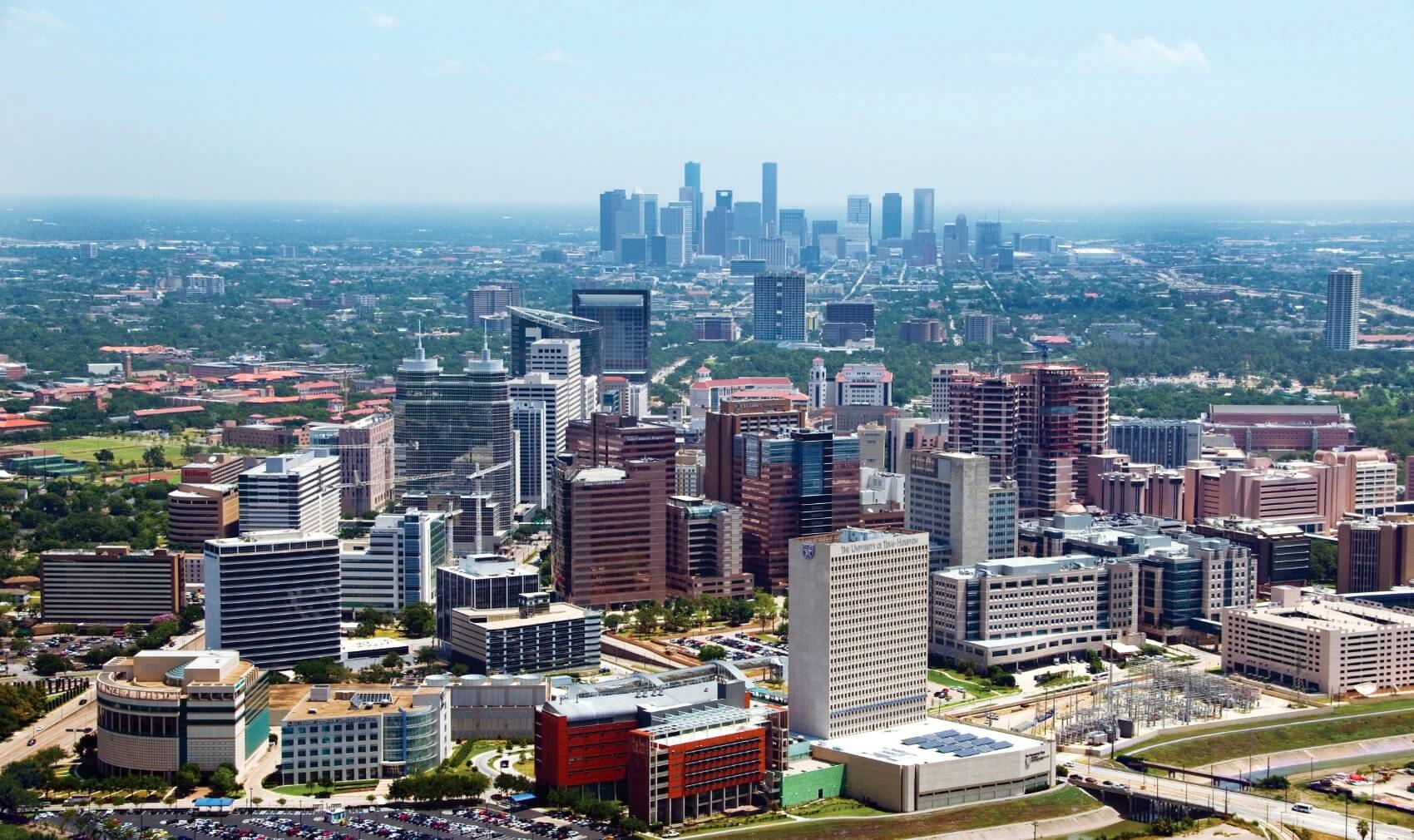 Texans pride themselves on their state’s massive scale. So it is no surprise that Houston, the Lone Star State’s most populous city and the fourth largest in the United States, boasts a biomedical infrastructure of impressive proportions.

What is surprising, however, is the sheer density of that infrastructure. The Texas Medical Center (TMC) is essentially a city of hospitals, clinics and medical-research labs—59 institutions and organizations in all—jammed into 544 hectares in southern Houston. Walking through what staff jokingly call “the world’s largest parking garage” (parking fees help to pay for the operating costs) feels like strolling through any dense urban centre—except that every building is a hospital, clinic, university or research institution.

That size, plus a concentrated infrastructure, serves as a magnet for patients, funding and, increasingly, scientific recruitment. Houston’s hospitals serve more than 6 million patients a year, and the University of Texas MD Anderson Cancer Center leads the nation in grant dollars won from the US National Cancer Institute in Bethesda, Maryland. The city claims US$420 million from the $3-billion Cancer Prevention Research Institute of Texas (CPRIT), which since its inception has awarded 36 grants worth $124 million for recruiting scientists, labs and companies to the city.

“What’s unique is we have such a high density of top-tier medical-research institutions in such a compact space,” says Ronald DePinho, president of MD Anderson. The mix of hospitals and academic institutions at the TMC provides a platform for growth in clinical research—such studies require a patient base and interdisciplinary research, which flourishes when neighbouring institutions collaborate. Nearby Rice University and the University of Texas provide a basic-research yin to the TMC’s clinical yang, and bolster the city’s interdisciplinary bona fides.

DePinho, civic leaders and academics are proud of the city’s vast educational and clinical assets—the life and health sciences are the city’s second biggest industry after energy and oil—but they feel the lack of a major biotechnology and pharmaceutical presence in Houston. The region has had a robust history of technology transfer in the life sciences, but has generated mostly licenses, which produce revenue, rather than biotechnology companies, which create jobs. Houston also needs to train young scientists to fill positions in biotech subfields such as technology transfer and intellectual property, or else recruit talent from outside the area.

The city is beginning to address those needs. First, MD Anderson created the Center for Professional Development and Entrepreneurship in 2012, giving young scientists training options beyond tenure-track careers. Then, last year, the University of Texas Health Science Center began changing the way it prepares graduate students for a changing work environment.

There are also tentative plans for a research facility that all TMC members could share, in the same way that the Broad Institute in Cambridge, Massachusetts, draws scientists from Harvard University and the Massachusetts Institute of Technology. “We need to pool our resources,” Robbins says. If such a facility is built, it could mean hundreds of new positions, especially in the five key research themes.

TMC members have a history of sharing aca- demic resources, says George Stancel, an executive vice-president at the University of Texas Houston. The ‘Green Sheet’—a list of seminars and talks on the TMC campus—dates back to the 1970s, when the calendar was printed on green paper. “Any day of the week I can walk into a seminar or meeting at another medical school, cancer centre, hospital or academic centre and learn from those talks and presentations,” Stancel says. This year the TMC added ‘The Lead’ (short for Leadership, Education and Career Development), which is a similar service for professional develop- ment that includes workshops and presentations about non-academic careers.

Houston’s biomedical institutions also tend to share when recruiting talent. The current chair of neurosurgery at the Baylor College of Medicine is also chair of neurosurgery at MD Anderson and director of MD Anderson’s brain-tumour centre. The two institutions recruit jointly for this and other roles, which makes recruitment easier, especially when it involves bringing in entire institutes. For example, in 2011 the vaccine-development programme of the Sabin Vaccine Institute moved from Washington DC to co-locate at Baylor and Texas Children’s Hospital.

Access to funding has given Houston institutions an impressive track record in bringing world-class institutions to town. When Rice provost George McLendon went shopping for a computational centre that could simulate the inner workings of a cell, he identified the US National Science Foundation- funded Center for Theoretical Biological Physics at the University of California, San Diego. The centre moved to Rice in 2011 after being offered $10 million in CPRIT funding.

The move sent a message: Texas will spend money to secure talent, and the $3-billion CPRIT endowment means that this is not just talk. “It is a huge difference to say to a top person that our state is interested in jump-starting careers like yours in this area,” says McLendon. That message has made it easier for Rice to recruit 30 or so faculty members a year, half of whom are in science or engineering. Over the next five years, Rice will seek early-career scientists in bioengineering, computational sciences and physics.

Other Houston research institutions have had equal success in attracting talent. One of the latest recruits is David Sugarbaker, a cancer researcher and mesothelioma specialist from Harvard Medical School and Brigham and Women’s Hospital in Boston, Massachusetts, who arrived at Baylor in March to build a comprehensive lung-disease centre. Between now and 2019 Baylor plans to recruit 150 faculty members, says Paul Klotman, Baylor president and chief executive.

The existence of CPRIT makes recruiting easiest in cancer-related fields. But if someone identifies a big fish in a field unrelated to cancer, other state money can be tapped. Jan-Åke Gustafsson, one of the world’s foremost hormone researchers, was recruited in 2009 from Stockholm’s Karolinska Institute with a $5.5-million grant to the University of Houston through the Texas Emerging Technology Fund. His institute, the Center for Nuclear Receptors and Cell Signaling (CNRCS), is jointly supported by the university and Houston Methodist Hospital.

Moving the CNRCS meant hiring more staff, says Mary Ann Ottinger, associate vice-chancellor for research at the University of Houston—and in addition, in the next several years, the university plans to recruit 30 faculty members annually across all departments, buoyed by CPRIT and similar state funds.

Houston is also attracting and launching bio- technology companies using funds from CPRIT and others, says Robert Harvey, president of the Greater Houston Partnership, the city’s economic-development arm. The organization helped the London-based biotechnology company Cell Medica to open a Houston office, partly with the help of CPRIT money, Harvey says. And even if a company is not directly linked to cancer treatment, the partnership can access other incentives to help close the deal, such as the Texas Entrepreneurial Fund.

Whether Houston buys life-science entrepreneurship or builds it, the momentum is growing. Like most things in Texas, it’s likely to get bigger.

* This article was originally published in the journal Nature. Reprinted with permission.