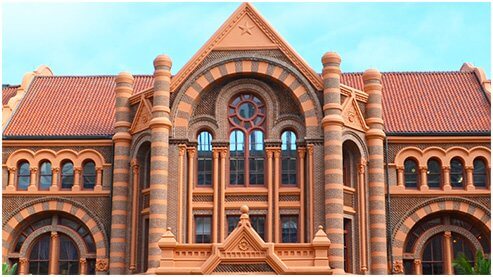 You see them everywhere these days — electronic activity monitors clasped around wrists or clipped to waistbands. The devices offer promises of weight loss and increased physical activity, but can they provide the kind of motivation you might get from in-person weight-loss counseling? A team at The University of Texas Medical Branch at Galveston (UTMB) recently launched a study to find out, and they discovered those small devices can be a powerful tool in helping users stay active.

“We wanted to see exactly what is going on in them, because a lot is written about them, but nobody had actually gone through and systematically looked at what they did,” said Elizabeth Lyons, Ph.D., senior author and assistant professor at UTMB’s Institute for Translational Sciences.

The researchers focused on 13 electronic activity monitors from recognizable brands like Fitbit, Jawbone and Nike.

“We had three of us wear all of them for at least a week each, but at least one person wore them for two weeks or more,” said Lyons. “It was basically like playtesting a game – trying them out and seeing what the experience of wearing them is like.”

The goal was to compare the behavior change techniques used by the devices to those typically employed in clinic-based physical activity intervention. Lyons said she and her team were “really impressed” by the monitors’ performance. “Even the lower-end ones all included the major things you would expect to find and the things that we know from meta-analyses are associated with success,” she said. “Most of them included social support, social comparison, weight-logging and goal-setting.”

Additionally, the team found many of the devices offer powerful reinforcement and social rewards to users, which include the ability to friend other users in the app or share your activity to Facebook, Twitter and other social networks, as well as virtual rewards and badges for reaching a certain number of steps or other milestones.

Though the team was left with an overall positive impression of electronic activity monitors, Lyons pointed out there’s still a lot of value in face-to-face counseling and treatment when it comes to weight-loss goals. In some ways, the devices can be an improvement on human assistance, because “there’s no way that I can be by a person’s side telling them they immediately and continuously how many steps they’re getting,” said Lyons. “But there’s still some things where you need to have a human and technology just isn’t going to cut it.”

The real takeaway from the study is these devices aren’t necessarily a replacement for traditional, clinic-based weight-loss management, but more of an enhancement.