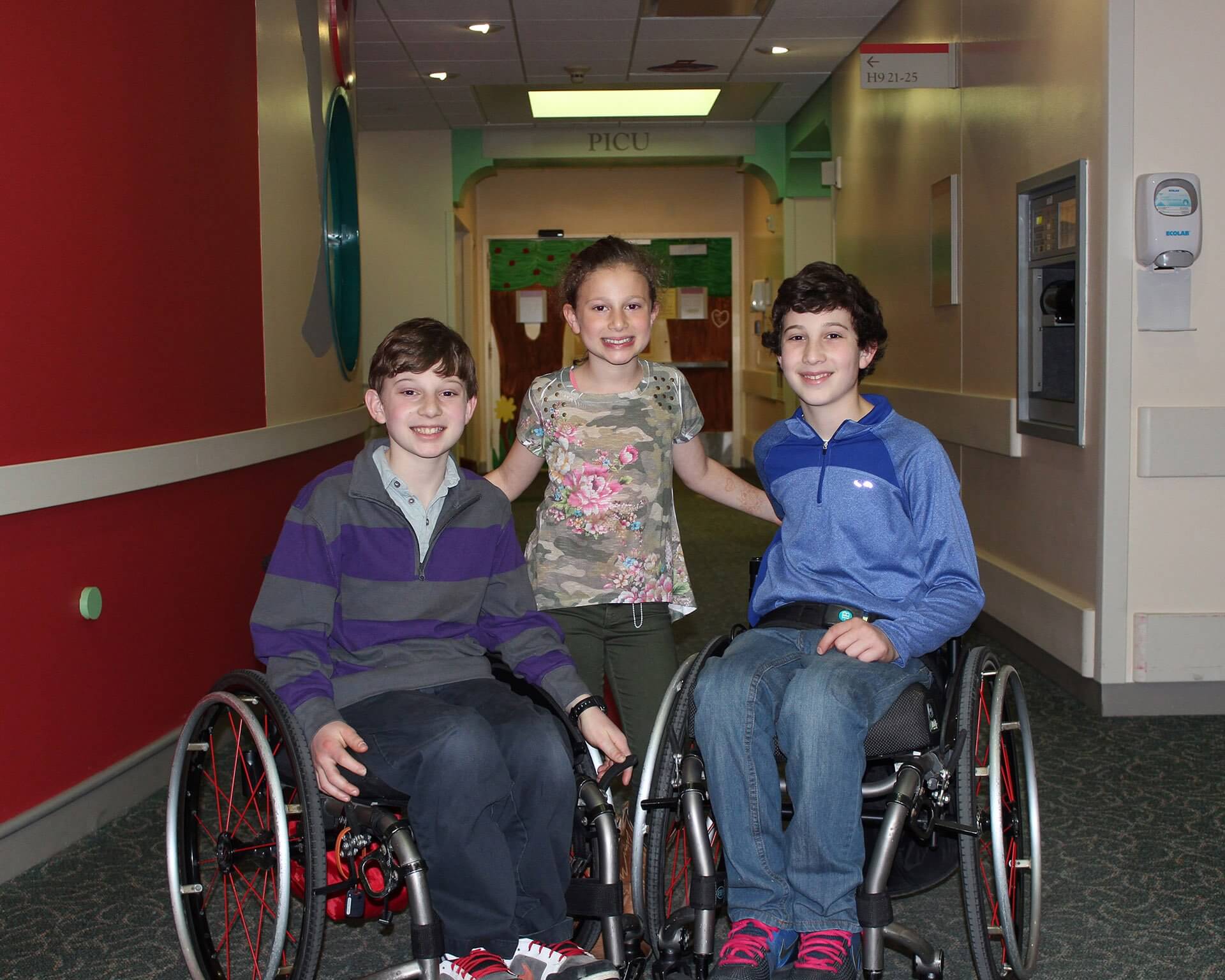 In July 2011, three young siblings lost their parents in a tragic car accident on the way home from summer vacation in Colorado. The Berry family was traveling back to Houston when their vehicle was struck head-on by an SUV that had veered into their lane. The two brothers, Peter and Aaron, who were 9 and 8 years old at the time, sustained serious spinal cord injuries that paralyzed them from the waist down. Miraculously their younger sister, Willa, was mostly unharmed.

After life-saving surgery at a West Texas hospital, Peter and Aaron were transported by Memorial Hermann Life Flight® to Children’s Memorial Hermann Hospital, where they were placed under the care of the pediatric surgery team and closely followed by the trauma nurse practitioners. After weeks of treatment and therapy, they were both discharged in late July and spent the next several months completing rehabilitation.

Now, nearly three years later, the siblings are thriving. In March they returned to Children’s Memorial Hermann Hospital to visit their old nurses and caretakers, most of whom they hadn’t seen since being discharged from the hospital. They talked about everything from their basketball team (the TIRR Hotwheels, TIRR Memorial Hermann’s junior wheelchair basketball team, who happen to be the 2013 national champions) to their favorite breakfast food (French toast) to girls at school (mum’s the word).

“It’s weird being back here – everything looks the same,” Peter, now 12, explained. Both he and Aaron wanted to see the room where they’d played video games, and they recalled watching movies, eating popsicles, and the times they’d gotten bored. Willa stood between them and listened as the nurses re-lived their memories with the boys.

“They’re truly remarkable kids,” said their aunt, Simone Berry, who accompanied them on the visit. The siblings now live with Simone, whom they affectionately call, “Aunt Simmy,” their uncle Matt, and their two cousins. “It’s a full house, but we’re all doing great and are very happy.”

The siblings are cheerful, polite and personable beyond their years. They spoke passionately about their hobbies, school, and of taking care of one another.

“They should be so proud of themselves,” said their social worker, Kristen Soudelier, LMSW, who was also present for the reunion. “They’ve had to overcome so many obstacles both physically and emotionally – it’s really impressive and inspiring.”

When the visit was over, the group headed to the gift shop to buy some water for the drive home. Peter noticed some Dickies Peanut Patties® for sale and asked his aunt if he could get one. “I remember my Dad used to eat these,” he said.

Aaron and Willa saw them and remembered, too. They left the hospital with three, talking about how they would save half of each for their cousins.