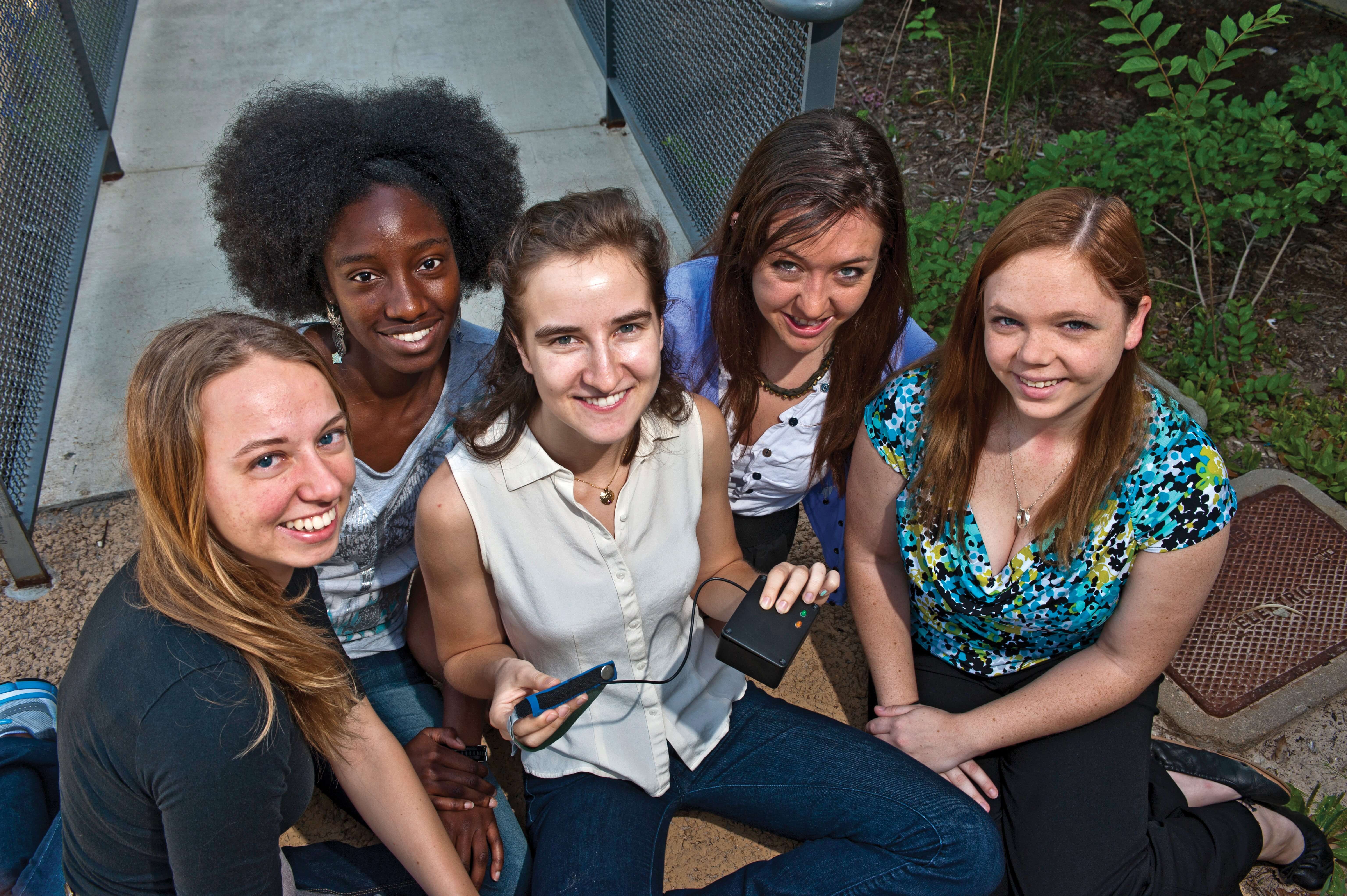 The Rice 360 ̊: Institute for Global Health Technologies has won a grant to continue development of a device invented by Rice students to help premature infants at risk from apnea, a breathing condition that can cause cognitive damage or death if not treated.

The BreathAlert device, originally designed in 2012 by engineering students as their senior capstone project, will be evaluated and optimized to detect and correct episodes of apnea in low-resource settings where traditional vital-signs monitoring is not available.

This work is part of an ongoing collaboration with pediatricians at Queen Elizabeth Central Hospital in Blantyre, Malawi, who identified the critical need for low-cost monitoring tools and have provided clinical guidance on the project, said Maria Oden, director of Rice’s Oshman Engineering Design Kitchen and a professor in the practice of engineering education.

Maria Oden pitched the project at the organization’s annual DevelopmentXChange in Washington, D.C., on July 30. “We’re so excited,” she said of the award. “This will allow us to finalize the design and complete an initial clinical evaluation of BreathAlert.”

Rebecca Richards-Kortum, Rice 360 ̊ and Beyond Traditional Borders (BTB) director and the Stanley C. Moore Professor of Bioengineering, also attended the event. She helped present BreathAlert and reported on progress in the ongoing bubble continuous positive airway pressure (bCPAP) project, also funded by Saving Lives at Birth, as it rolls out in Malawi.

Rachel Gilbert has worked for Rice 360 ̊ since graduation to develop the project she helped start with Rice graduates Rachel Alexander, Jordan Schermerhorn, Bridget Ugoh and Andrea Ulrich as part of BTB. Gilbert will leave Rice this summer to work in Vietnam under a Whittaker International Program Fellowship.

“We’ve been improving the design to get it to the point where it’s ready to be tested in clinics,” she said. “We are currently testing how well it can detect breaths and apnea on breathing mannequins.”

Gilbert, fellow bioengineering alumnus Tyler Young and Kelley Maynard, Rice 360 ̊ director of technology development, have begun testing the device on full-term infants in Houston “to see if BreathAlert can accurately detect breaths and if its vibration can stir sleeping babies.”

“Sixty seven percent of babies born before 32 weeks’ gestation suffer from apnea of prematurity, so that is well over a million babies a year worldwide,” Oden said. “If a baby stops breathing in the developed world, an alarm immediately summons a nurse to intervene. That nurse will usually pat the baby vigorously to wake them up.

“In a busy ward where there might be 40 babies and one overworked nurse, this baby’s survival is really a game of chance. It relies on this nurse to observe the baby at the exact moment they stop breathing and intervene. BreathAlert was designed to detect and automatically intervene in cases of apnea.”

Oden said part of the grant will also allow the team to develop the, product requirements and specifications to prepare BreathAlert for commercial manufacturing.

Richards-Kortum and Oden expect BreathAlert to find a home alongside bCPAP and other projects invented by Rice students as part of the Day One Project, a Rice initiative to build modern, cost-effective neonatal clinics for hospitals in developing nations. The pilot “Nursery of the Future” project is underway at Queen Elizabeth Central Hospital.

The grant is the third to Rice in the highly competitive program’s four years. The bCPAP device won a seed grant in the program’s first year and a larger “transition-to-scale” award in 2012. The device is being deployed in African hospitals.

The Grand Challenge funded 59 projects in its first three years to address 289,000 maternal deaths, 2.9 million neonatal deaths and 2.6 million stillbirths that occur in the world each year.