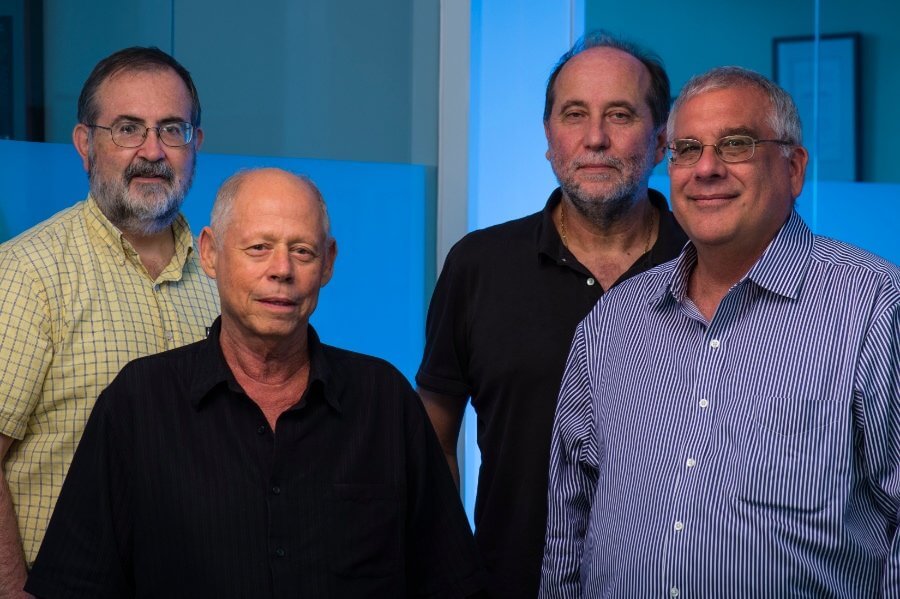 Rice University has received a five-year, $11.75 million grant from the National Science Foundation (NSF) to support the Center for Theoretical Biological Physics.

Its researchers work at the intersection of biology and physics, primarily through sophisticated computational analysis, to reveal how interactions at the atomic scale relate to the behavior of cells and their communities.

The center came to Rice in 2011 when biophysicists José Onuchic and Peter Wolynes and bioengineer Herbert Levine were recruited to join the faculty from the University of California-San Diego. Research has been split between Rice and UCSD since then, but the center moves its operation entirely to Rice to begin its 13th year this week. The center also includes researchers at Baylor College of Medicine and the University of Houston.

“From my point of view, this is the end of the transition and the beginning of a new reality,” Onuchic said.

Based at Rice’s BioScience Research Collaborative, the center remains one of 10 Physics Frontier Centers, a program created by the Physics Division of the NSF. The center has been established as a partnership with the NSF’s divisions of Physics and Molecular and Cell Biosciences with additional participation from the divisions of Chemistry and Materials Research.

“All 10 Physics Frontier Centers that NSF funds provide the kind of environment that is ripe for innovation, discovery and transformation,” said Denise Caldwell, who started the program 12 years ago in the Physics Division at NSF and now serves as the division’s director.

The Rice researchers and their colleagues push boundaries as they apply physical science to new aspects of the natural world, Levine said. “Our frontier is that of living systems, studying how the interaction of physical objects such as protein molecules can enable the functioning of living creatures, in all their wondrous complexity,” he said.

“The study of living things inspires new approaches across theoretical physics and chemistry,” Wolynes added. “I am delighted the NSF has decided to support the idea that exploring the frontiers of both the physical and biological sciences requires creative theory.”

As theorists, Levine said, the center’s scientists develop concepts, models and methods that quantitatively describe processes in living systems. “This often requires going beyond the state-of-the-art of current physics ideas,” he said. “We are working with biologists to build a new predictive bioscience that can go well beyond current capabilities. And, as understanding a process invariably allows for its manipulation, our increased fundamental knowledge should eventually lead to new proposals for treatments for disease.”

Levine said the renewal of the NSF grant “represents an increasing awareness of real progress on this frontier and an appreciation of our unique role in fostering that progress.”

“Using this interdisciplinary approach to living systems, researchers can make quantitative predictions of a system’s behavior that biological approaches cannot do alone,” said Krastan Blagoev, a program director in the Physics Division at NSF.

Since their arrival at Rice, the center’s researchers have analyzed the forces proteins rely on to evolve, whether over seconds or eons; uncovered hidden mechanisms by which the flu attacks its victims; found a key binding interface that influences a cell’s choice to live or die; decoded the decision-making circuitry underlying how bacteria cooperate to create rugged biofilms; suggested methods for understanding why some cells retain their “stem-like” nature and are thus able to differentiate in a broad range of other cell types; and discovered ways in which animal cells move individually and collectively as they perform their assigned tasks as part of tissues and organs.

Many of their projects involve Texas Medical Center collaborators. “Moving to Rice has been essential in providing both the physical infrastructure and intellectual atmosphere with which to pursue our scientific goals,” said Levine.

Echoing these sentiments, Onuchic also praised Rice administrators who turned out en masse for the NSF site visit in 2013 to help make the case “that Houston is the place to be for the research we do,” he said.

“NSF wants to make sure the institution has a commitment toward the center, and Rice really made a strong point of its commitment. They were very impressed.”

“The center is at the front lines of the application of fundamental physics to life science,” said Rice Provost George McLendon, who praised both the fundamental research aspects of the center and, with an eye to the future, its promise to think about applications. “With the support of the Cancer Prevention and Research Institute of Texas, we have been able to leverage the NSF support to also engage physics to understand and fight cancer by including both outstanding computation and the resources of the world’s largest medical center. We are thrilled to have the center renewed and know it will continue to grow in reputation and impact.”

“This partnership between physics and biosciences – both inside NSF in granting this award and outside in research groups like Rice University’s Physics Frontier Center – truly represents cutting-edge interdisciplinary research (and the funding process) at its very best,” said Kamal Shukla, an NSF program director for molecular biophysics in the Molecular and Cellular Biosciences Division.

“Already, physicists and biologists working together have spring boarded our ability to answer molecular-level questions, such as protein folding,” he said. “Data-rich biology, especially in the post-genomic era, offers unprecedented opportunities and challenges to develop new theories to address more complex biological problems. This is without question one of the most exciting times to be involved in this interdisciplinary endeavor.”

Onuchic and Levine are co-directors of the center, and Wolynes and Eshel Ben-Jacob are senior scientists, also based at the center’s Rice headquarters. Additional senior investigators are Mary Farach-Carson, Cecilia Clementi, Michael Deem, Oleg Igoshin and Anatoly Kolomeisky at Rice University; Margaret Cheung at the University of Houston; and Ido Golding, Erez Lieberman Aiden and Jianpeng Ma of Baylor College of Medicine and Rice.