Immune system is key ally in cyberwar against cancer

Immune system is key ally in cyberwar against cancer 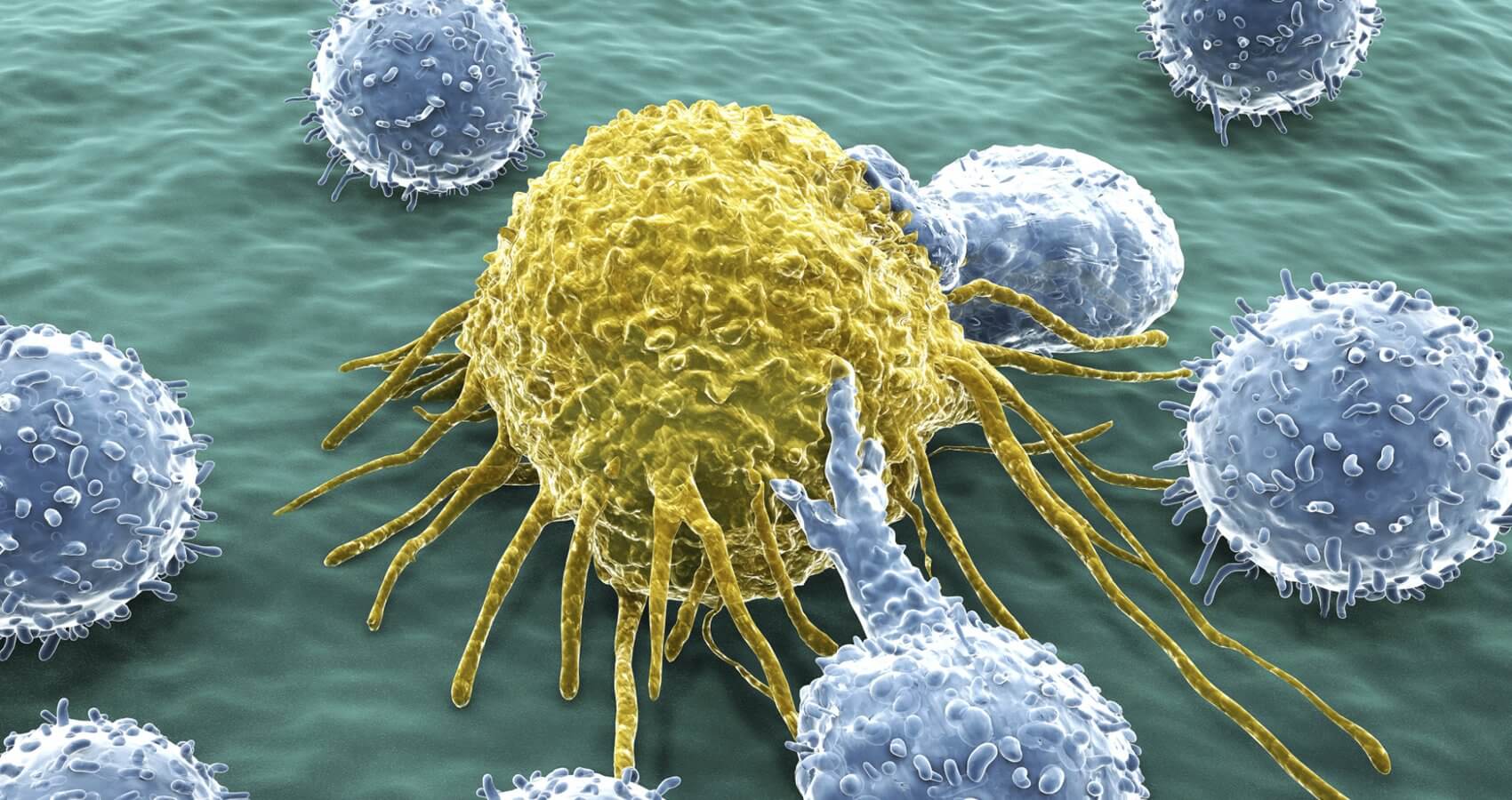 Research by Rice University scientists who are fighting a cyberwar against cancer finds that the immune system may be a clinician’s most powerful ally.

“Recent research has found that cancer is already adept at using cyberwarfare against the immune system, and we studied the interplay between cancer and the immune system to see how we might turn the tables on cancer,” said Rice University’s Eshel Ben-Jacob, co-author of a new study this week in the Early Edition of the Proceedings of the National Academy of Sciences.

Ben-Jacob and colleagues at Rice’s Center for Theoretical Biological Physics (CTBP) and the University of Texas MD Anderson Cancer Center, developed a computer program that modeled a specific channel of cell-to-cell communication involving exosomes. Exosomes are tiny packets of proteins, messenger RNA and other information-coding segments that both cancer and immune cells make and use to send information to other cells.

“Basically, exosomes are small cassettes of information that are packed and sealed inside small nanoscale vesicles,” Ben-Jacob said. “These nanocarriers are addressed with special markers so they can be delivered to specific types of cells, and they contain a good deal of specific information in the form of signaling proteins, snippets of RNA, microRNAs and other data. Once taken by the target cells, these nanocarriers can order cells to change what they are doing and in some cases even change their identity.”

“We were inspired to do this research by two papers — one that showed how the dendritic cells use the exosome to fight cancer and another that showed how cancer cells co-opt the exosomal system both to prevent the bone marrow from making dendritic cells and disable dendritic cells’ coaching abilities,” Ben-Jacob said. “This is cyberwarfare, pure and simple. Cancer uses the immune systems’ own communications network to attack not the soldiers but the generals that are coordinating the body’s defense.”

To examine the role of exosome-mediated cell-to-cell communication in the battle between cancer in the immune system, Ben-Jacob and postdoctoral fellow Mingyang Lu, the study’s first author, worked with CTBP colleagues to create a computer model that captured the special aspects of the exosomal exchange between cancer cells, dendritic cells and the other cells in the immune system.

“You should imagine there is a tug-of-war between the cancer and the immune system,” said study co-author and CTBP co-director José Onuchic, Rice’s Harry C. and Olga K. Wiess Professor of Physics and Astronomy. “Sometimes one side wins and sometimes the other. The question is whether we can understand this battle enough to use radiotherapy or chemotherapy in such a way as to change the balance of the tug-of-war in favor of the immune system.”

Based on their findings, Ben-Jacob and Onuchic say the answer is likely yes. In particular, the CTBP model found that the presence of exosomes creates a situation where three possible cancer states can exist, and one of the states — an intermediate state in which cancer is neither strong nor weak but the immune system is on high alert — could be the key for a new therapeutic approach and with reduced side effects.

Although the state where cancer is weakened is preferable, there is a growing body of clinical evidence that suggests it is very difficult to force cancer directly from the strong to the weak position, in part because radiation and chemotherapeutic treatments also weaken the immune system as they weaken cancer.

“It is fairly common that a cancer recedes following treatment only to return stronger than ever in just a few months or weeks,” said study co-author Sam Hanash, professor of clinical cancer prevention and director of the Red and Charlene McCombs Institute for the Early Detection and Treatment of Cancer at MD Anderson. “The new model captures this dynamic and suggests alternative scenarios whereby the immune system does its job fighting the cancer.”

Ben-Jacob said the team showed that it was possible to force cancer from the strong to the moderate state by alternating cycles of radiation or chemotherapy with immune-boosting treatments.

“Our model shows that just a few of these treatment-boosting cycles can alter the cancer-immune balance to help the immune system bring the cancer to the moderate state,” Ben-Jacob said. “Once in the intermediate state, cancer can be brought further down to the weak state by a few short pulses of immune boosting.

“It is much more effective to use a two-step process and drive cancer from the strong to the intermediate state and then from the intermediate to the weak state,” he said. “Without the exosome — the cancer-immune cyberwar nanocarriers — and the third state, this two-step approach wouldn’t be possible.”

Ben-Jacob is a senior investigator at CTBP, adjunct professor of biochemistry and cell biology at Rice and the Maguy-Glass Chair in Physics of Complex Systems and professor of physics and astronomy at Tel Aviv University.

In addition to Ben-Jacob, Onuchic and Lu, study co-authors include Rice graduate student Bin Huang and Sam Hanash, director of the Red and Charline McCombs Institute for the Early Detection and Treatment of Cancer at the University of Texas MD Anderson Cancer Center. The research was supported by the Cancer Prevention and Research Institute of Texas, the National Science Foundation and the Tauber Family Funds.