A Home Away From Home

With a total of 86 rooms throughout the Texas Medical Center, Ronald McDonald House Houston offers a warm and welcoming environment to families of children facing life-threatening conditions

A Home Away From Home 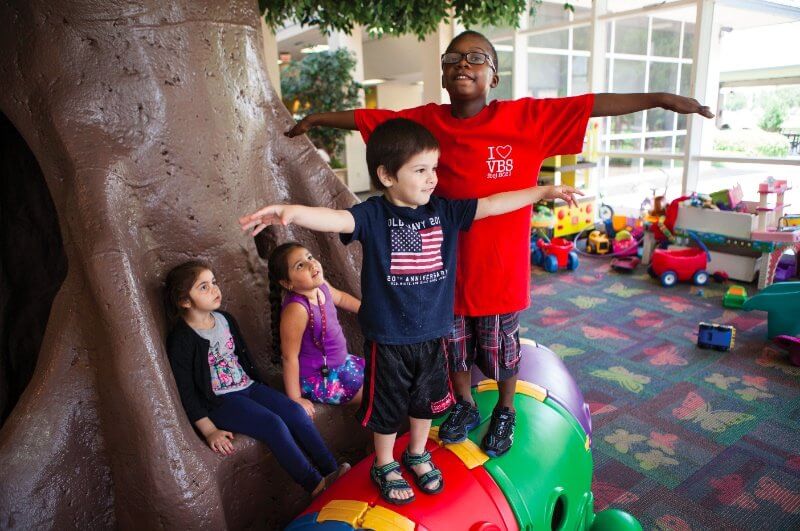 At MD Anderson Children’s Cancer Hospital, the aroma of chocolate chip cookies wafts through the air as a volunteer prepares to make her rounds. At Texas Children’s Hospital, mothers and fathers find a moment of solace in the sanctuary of a private bedroom, resting their eyes for a few hours while harnessing the strength needed to support their child. At Children’s Memorial Hermann Hospital, parents regain a semblance of normalcy and control as they do laundry and cook dinner, bolstered by the solidarity of other families who share similar experiences. On Holcombe Blvd, the frenetic beeping of hospital monitoring equipment is replaced by the ringing of infectious laughter and the eager barks of the House’s resident labradoodle. At Ronald McDonald House Houston (RMHH), families with seriously ill children being treated in Texas Medical Center institutions find much more than warm beds and a roof over their heads — they’re enveloped in an atmosphere of care, compassion and support.

Offering a nurturing environment to all families of children facing a potentially life threatening condition, including those in need of an organ transplant, major cardiac surgery or fighting cancer, RMHH operates a total of 86 rooms and provides support services in several locations throughout Houston. Spanning across the medical center from a freestanding, 50-bedroom House on Holcombe Boulevard to smaller facilities inside Texas Children’s Hospital, Children’s Memorial Hermann Hospital and MD Anderson Children’s Cancer Hospital, all of these programs loudly proclaim a home away from home in every detail from well-stocked bookshelves to ironing boards.

“We operate very much like a hotel in terms of the services that we provide, but the big difference is that this is a hotel with a big heart,” explained Mikki Donnelly, director of advancement for Ronald McDonald House Houston. “The gift of a room and a place to stay is one thing, but the gift of sharing your story and finding solidarity is something else entirely. Very seldom do the families who have stayed here talk about the accommodations themselves, but they all talk about the sense of community with other families and the feeling of support that they receive from volunteers who come in and just listen to what they have to say.”

Families who come to Ronald McDonald House Houston are facing the reality of every parent’s worst nightmare in the serious and often life-threatening illness of their child. In the wake of the trauma of their diagnosis, the prospect of finding a safe, affordable place to stay in an unfamiliar city, while dealing with a sick child, can make a stressful situation even more difficult. Coming from all walks of life and representing a full spectrum of cultural and economic backgrounds, these families journey on parallel paths — they all share a common bond through their children’s experiences.

“The Ronald McDonald House provides, clearly, a place to stay, but that is way down the list of important elements,” said Emily Crosswell, a member of the Ronald McDonald House Houston Board of Directors and an integral figure in RMHH’s development since it’s inception. “The families support each other, the staff and volunteers support the families, and the community comes into our House and is able not only to share themselves, but take away something greater through their exposure to the courage of families who have been uprooted from their homes and are going through such stressful times in their lives.”

In 1978, spurred by Donald Fernbach, M.D., then head of the Hematology and Oncology Service of Texas Children’s Hospital, an assemblage of concerned parents of pediatric patients, McDonald’s franchisees and supporting members of Houston’s medical community began the initiative to build a Ronald McDonald House in Houston. Motivated by a collective desire to build a safe haven within the medical center, they worked tirelessly to bring their dream to fruition. Gaining traction thanks to the support of Bud Adams and the Houston Oilers and following in the footsteps of the Philadelphia Eagles and the Chicago Bears, who had also rallied beneath the banner of Ronald McDonald Houses, Houston’s NFL publicity machine kicked itself into gear to help raise awareness for the cause. With heightened support and visibility, fundraising began in earnest. Before the end of 1981, a 21-bedroom Ronald McDonald House rose near the Astrodome at 1550 La Concha Lane in Houston.

By 1992, the facility was at capacity, and families had to be added to a waiting list, leading the RMHH Board to initiate a capital campaign to build a larger House.

“After 10 years at LaConcha, we saw the need to not only expand, but to really grow and thrive, which would require a new site,” added Crosswell. “The Texas Medical Center had this location—the George Myers site—next door to the Houston Hospice on Holcombe Boulevard, which had previously been vacant. In fit in perfectly with our vision to build a larger home and provide van service to all of the pediatric hospitals in the medical center.” Thanks to the support and generosity of the Houston community, the new 50-bedroom House opened on Holcombe Blvd in 1997.

Providing a welcoming place to stay, often for extended periods, the Holcombe House combines the soothing luxury of a hotel — each private bedroom contains two queen size beds and a private bathroom — with an array of activities reminiscent of a cruise ship. In addition to both indoor and outdoor play areas for children that include everything from an indoor tree house to a putting green, a robust activity program developed with community partners— among them the Houston Symphony and the Museum of Fine Arts, Houston — acts as a much needed respite. For six weeks during the summer, the Holcombe House hosts their own camp, which is open to all children and their siblings, reflecting their philosophy of creating a sense of normalcy for the families they serve.

“We can’t carry your child, but we can put a roof over your head, get you to your appointments — we run shuttles every morning because it’s so expensive to park in the medical center — and give you a diversion to keep your mind off the stress that you’re experiencing,” said Leslie Bourne, executive director of Ronald McDonald House Houston. “We don’t duplicate any services that are available at the hospital. We don’t do anything medical here. We’re here to comfort the families, make them feel safe and secure, and nurture them.”

That emphasis on a nurturing environment works in tandem with the Holcombe House’s efforts to help families reassert control over their lives. While different community partners prepare food several times throughout the week, shared kitchens and a community dining area allow families the opportunity to cook and socialize. The house also has a large laundry room. A Houston Independent School District accredited one-room school has been a fixture of RMHH for the past 32 years.

A typical conversation at the Holcombe House will often be punctuated by a resounding, enthusiastic ‘woof!’

“Mogie joined the team about five years ago — he pretty much runs the house,” laughed Donnelly. “He really is what makes this house feel like a real home and he’s not a therapy dog — when we were choosing a dog, that was intentional. Therapy dogs are trained to just sit and let themselves be petted. We wanted a family dog that can run around and chase tennis balls. Mogie is a true house dog, but without anybody realizing it, he provides a lot of therapy.”

Ronald McDonald House Houston has added locations to a handful of hospitals in recent years to address the needs of different patient populations within the medical center. The House inside Texas Children’s Hospital offers families a short-term place to call home while their child receives treatment in the neonatal, pediatric, or cardiovascular intensive care units. Consisting of 20 private rooms—available for brief overnight stays or nap time—a large communal kitchen, laundry facility, living area and quiet rooms, the feeling of arriving home allows the stress of the hospital to fade away momentarily.

The House inside Children’s Memorial Hermann Hospital, a 14-room facility, serves families with children being treated in either the neonatal intensive care or the pediatric intensive care unit.

“Just being close by is one of the biggest benefits of having the House right here in the hospital,” said Nanci Allen, director of hospital programs for Ronald McDonald House Houston. “Our locations are always right next to the populations that we serve to make it as easy as possible for the family. Here, it’s about the parents, and all they care about at this point is being close to their children. It’s kind of like grandma’s house — a very warm, cozy environment where you can have chocolate chip cookies or just take a nap. We don’t want you to feel like you’re in the hospital; we want you to feel like you’ve come home, for just a little bit.”

Four Family Rooms inside Texas Children’s Hospital offer families a comfortable place to rest while their children receive care. In 2013, as the newest addition to the RMHH network, a Family Room was added at MD Anderson’s Children’s Cancer Hospital. “It’s more than having a 1,000 foot space that serves as a waiting room, because we bring the feeling that exists all across RMHH into that space,” explained Bourne. “It’s that sensation of hope, that nurturing, warm environment that’s bolstered by the support of our volunteers — you’re not going to get that in a hospital waiting room where people are too busy to sit down and ask how you or your child are doing.”

“The hospitals that we serve keep coming to us and asking us to expand our programs—we bring a lot to them in exchange for valuable real estate,” she added “It’s becoming clear that we’re starting to impact research—published data has started coming out about how children cope better and heal faster if their family is staying in a Ronald McDonald House.”

While Ronald McDonald House Houston adapts their services to meet the steady advance of medical protocol and technology, their commitment to care and compassion is unwavering. “If we can help relieve stress for the adult, it translates to how they react towards their children,” concluded Donnelly. “Tension is counterproductive to the healing process for children. In a way, we’re the hospital’s customer service component — it’s a yin and a yang, where they work on the medical issues and we help them with some of the emotional issues. It’s a winning partnership. Who knew that chocolate chip cookies and fluffy chairs could do all that?”