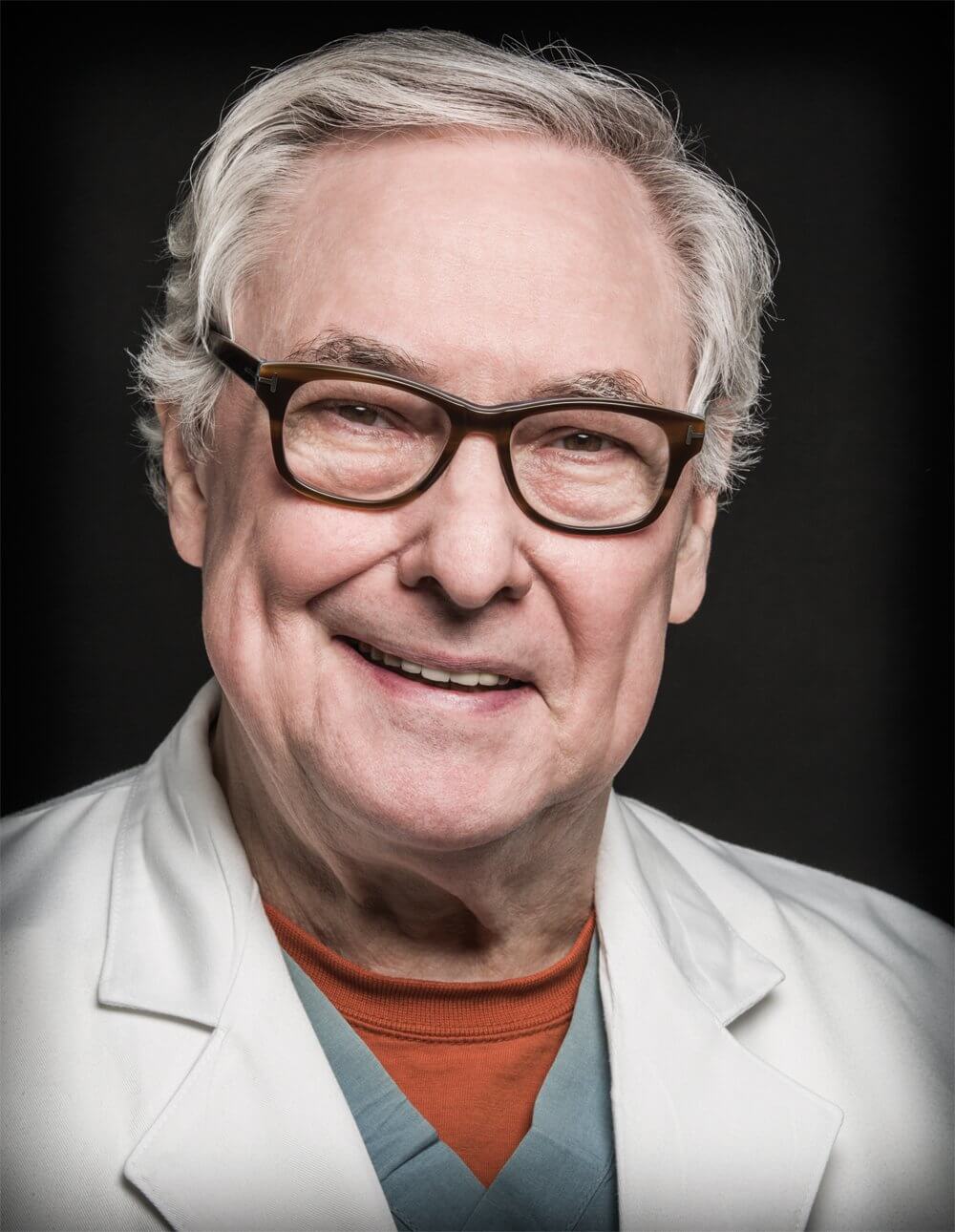 With roughly 3,000 people In the United States waiting for a heart transplant on any given day, one Texas Heart Institute surgeon has dedicated his career to improving their chances of survival.

O. H. “Bud” Frazier, M.D., has had a career punctuated with incredible achievements. The Texas Heart Institute surgeon has developed and been the first to implant nearly every heart assist device being used today. These devices help the damaged heart pump blood to the body. Frazier recently implanted his 1,000th such device—more than any other surgeon in the world. He has also performed more than 1,000 heart transplants since 1982.

Frazier was not, by his own admission, “a typical medical student.” Originally a history major, he was drawn to medicine through literature. As the time to choose a career neared, Frazier happened to be reading the stories Anton Chekhov wrote about his experiences as a physician in rural Russia. Those stories were pivotal in Frazier’s decision.

He recalls the day he told his mother that he wanted to go to medical school.

“She said, ‘Well, you can do anything you want, but I don’t think you will make much of a doctor. You know you’ve never been able to kill anything.’ She was referring to the fact that I had never liked to hunt. And I said, ‘Well, mother, I don’t think you have to enjoy killing things to be a good doctor.’ And she said, ‘No, but it would help.’ That may have sounded a little callous, but I realized what she meant. She thought it would be especially hard for me to lose a patient.”

Frazier trained at Baylor University School of Medicine, both as a medical student and as a surgical resident. With a steady hand in the operating room, he had the natural skill and drive to become an exceptional surgeon. His mentors were two of the most renowned heart surgeons in the world: Michael E. DeBakey,M.D., the first to successfully implant a left ventricular bypass pump in a patient; and Denton A. Cooley, M.D., the first in the United States to perform a successful human heart transplant and the first in the world to implant an artificial heart in a human. While he was still a medical student at Baylor, Frazier had to choose a research project. Fortuitously, he chose to work on the artificial heart that Cooley later implanted.

The 1960s were an incredible time to be in medicine. “Being a surgeon in those days was glamorous. Dr. DeBakey and Dr. Cooley were constantly in the national news media. Every important development in cardiac surgery was coming from the Texas Medical Center.”

Frazier’s training was interrupted by the Vietnam War. He was drafted to serve as a U.S. Army flight surgeon, from 1968 to 1970, trading the halls of Baylor for an assault helicopter company. For his bravery and exceptional service, he received the Combat Flight Medal, the Vietnamese Navy Medal, and the Vietnamese Distinguished Service Medal. After his discharge from the military, he returned to Houston to continue his surgical residency under DeBakey.

Following his surgical residency, Frazier decided to pursue his cardiac training with Cooley at the Texas Heart Institute (THI), which had the largest cardiovascular surgery program in the world. Cooley, who founded THI, had left Baylor by then. After Frazier’s cardiac surgery residency, he stayed at THI, partially because of the state-of-the-art Cullen Cardiovascular Surgical Research Laboratory, which was the most advanced facility in the country for artificial heart research. Frazier wanted to both continue the work he had begun at Baylor and be an active cardiovascular surgeon.

“The older I get, the more grateful I am to Drs. DeBakey and Cooley for everything they taught me. Everyone has heard the stories about what a taskmaster Dr. DeBakey was, and I can tell you that they are all true. A stickler for excellence, he built Baylor into a world-class institution. I truly respect what he was able to accomplish. I am especially grateful for his introducing me to the world of heart assist and replacement devices and for teaching me much that I would later apply to this field.”

“In my opinion, Dr. Cooley is the best heart surgeon who has ever lived. He also has a very gracious personality. I watched him successfully perform countless cardiac repairs in the operating room—procedures that no other surgeon could even have attempted. He would do as many as 15 open heart operations in one day. Normally, doing three such cases in one day is a big job. But Dr. Cooley would just sail through the operative schedule. No one in history has been his equal. Without his contributions, heart surgery would not be what it is today.”

Frazier began his experimental research immediately upon joining THI in the late 1970s. In 1986, he successfully implanted a pulsatile heart assist device as a bridge to transplantation. In 1994, the Food and Drug Administration (FDA) approved this device as the first for the bridge-to-transplant use. In 1991, he implanted the first electrically powered, untethered assist device, which allowed a patient to leave the hospital and lead an active life while waiting for a heart transplant. This device was the first approved by the FDA for “destination,” not bridge-to-transplant, therapy.

Frazier was an early champion of the continuous-flow pump as a heart assist device. In 1988, he was the first to implant the Hemopump, the first totally implantable, continuous-flow device, which he developed with an engineer named Rich Wampler. Its design, based on the concept of the Archimedes screw, results in “pulseless” (or continuous) blood flow. “The Hemopump was considered the ‘Kitty Hawk’ of continuous-flow device development, and it showed that a device spinning at 25,000 rpm could be safely implanted in the human circulatory system.”

Frazier was also working simultaneously with another engineer, Rob Jarvik, to develop a long-term, continuous flow pump. In 2000, Frazier successfully implanted this device in a patient. In 2003, he implanted the first successful HeartMate II, a descendant of the Hemopump. The HeartMate II has become the device most widely used today—both as a bridge to transplant and as destination therapy.

Frazier first implanted a continuous flow pump as a total heart replacement in 2005, in a calf. Later, after numerous lab experiments, he implanted a similar device in a patient, thereby proving that a human, as well as experimental animals, could survive with a pulseless total heart device.

Frazier learned that the native heart can, in some cases, recover if it is allowed to rest with the help of an assist device. When this occurs, the device can be removed entirely. “We have shown in many cases that the heart will improve enough that the pump can be removed, eliminating the need for the patient to have a transplant or be dependent on a device.”

When talking about transplants, Frazier shows the combined sense of responsibility and compassion that helped drive his exceptional career. “To me it has always been a conundrum to know that a heart transplant depends on someone else’s misfortune. And, younger patients who have transplants may not have a normal life expectancy. With heart assist devices and artificial hearts, I think that we can significantly improve the outcomes for these patients.”

Frazier remains dedicated to developing new technology to sustain, replace, or heal damaged hearts. He is currently working at the THI with an engineering group led by Daniel Timms on a new continuous-flow artificial heart that Frazier believes could be the most revolutionary artificial heart ever.

Given his extraordinary career, no one would expect anything less.