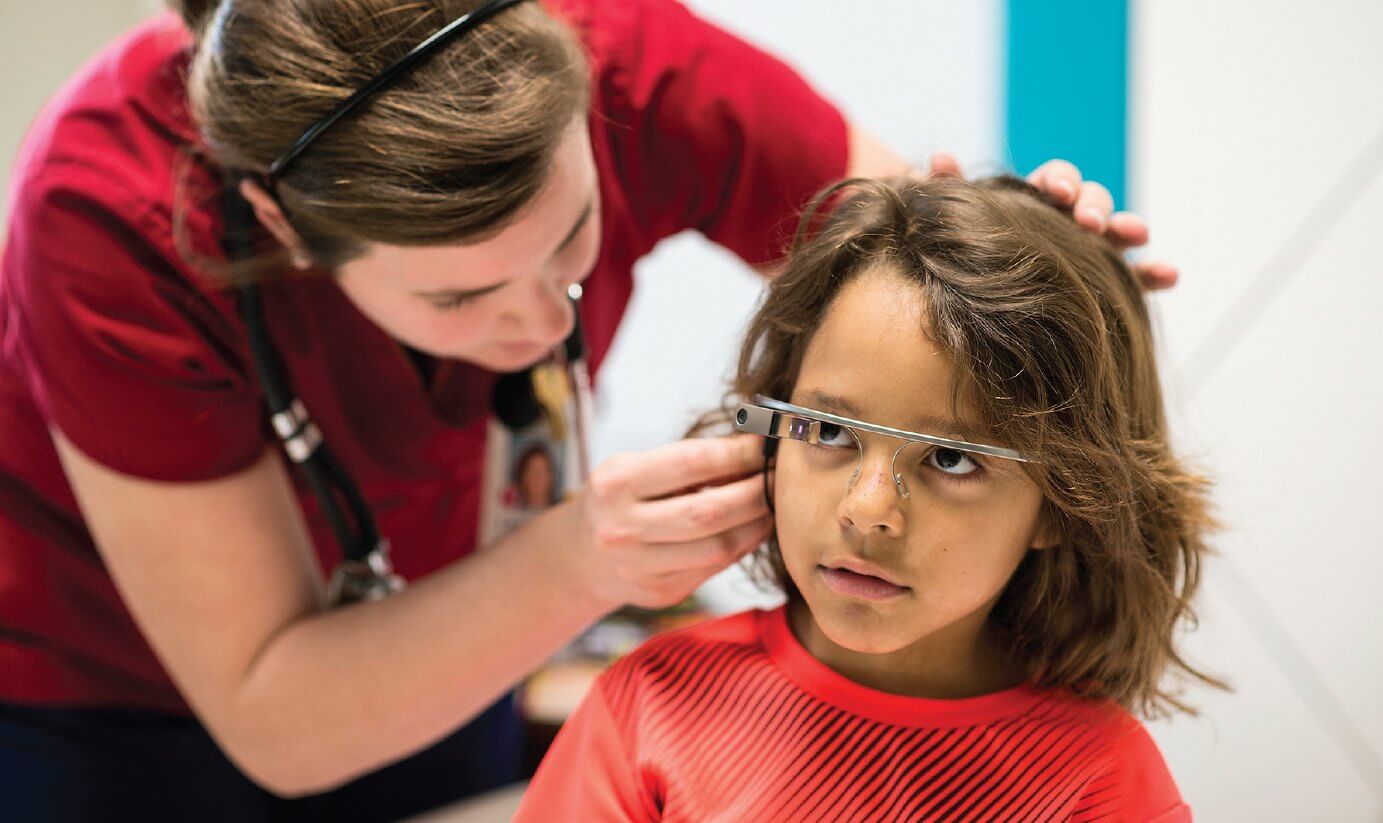 Children’s Memorial Hermann Hospital, together with the help of the Google Glass Explorer program, is enhancing the patient experience in a way never before possible. The hospital recently allowed kids of all ages to virtually “visit” the Houston Zoo, located across the street from the hospital, without ever leaving their hospital beds.

“We are thrilled to be able to leverage this exciting new piece of equipment to bring a virtual escape and some much needed happiness and distraction to our youngest patients during their stay with us,” said Susie Distefano, CEO of Children’s Memorial Hermann Hospital. “The unique opportunity to team up with the Houston Zoo, using state-of-the-art technology to literally bring their animals to our bedsides, has placed smiles on countless faces.”

Patients at Memorial Hermann were among the first in the nation to participate in the highly exclusive Google Explorer program. This groundbreaking new piece of “wearable” technology allows users to easily take videos and pictures from a direct point of view and take part in video calls via Google Hangout, all in a hands-free, voice command experience.

Six-year-old Jayden Neal was diagnosed with type 1 diabetes about a year ago and, since then, has been a regular patient of Memorial Hermann. “Because of Jayden’s condition, we come to the hospital often,” said Jayden’s mom, Raquel Neal. “On our way to the hospital the other day, we drove by the Zoo and Jayden said, ‘Mommy, I just want to go to the Zoo!’ So, now that’s all he’s been talking about: getting to go to the Zoo after all!”

Going forward, Memorial Hermann plans to continue in the Google Explorer program and identify the endless opportunities for applications. For example, a new study released just this week indicates that Google Glass may help calm patients during surgery.

Memorial Hermann is no stranger to breaking technological boundaries. The health system has made international headlines for its live-tweeting of major operations, including an open-heart surgery, a brain operation, and the world’s first live-tweeted Caesarean section.