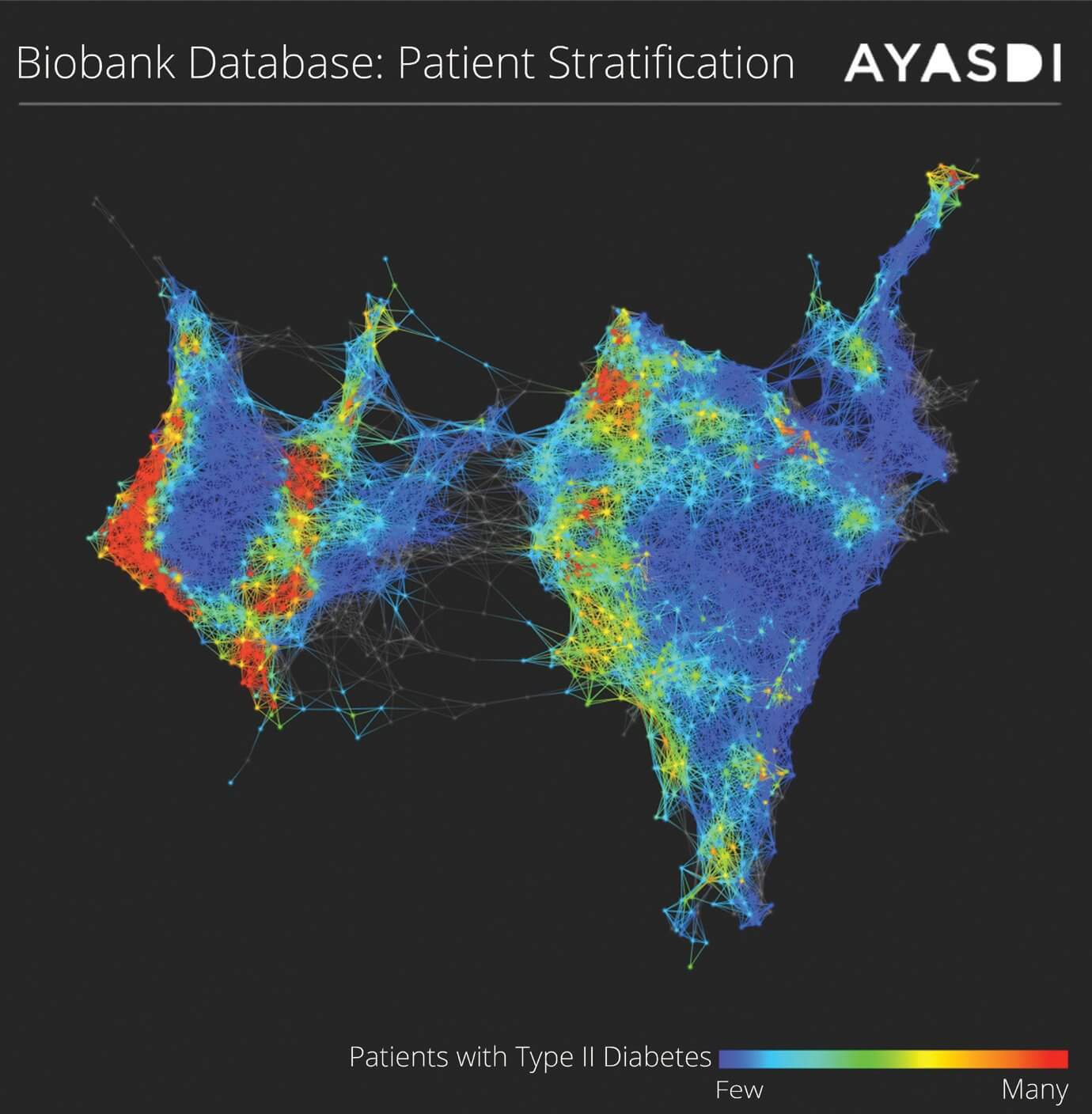 The sheer volume of data in our world has been expanding exponentially. Analyzing large, complex sets of data has become a necessity in understanding everything from the wealth of information derived from social media to data obtained from analysis of the human genome. From the office of the White House to every pharmaceutical and health care organization in the world, data is the key strategic asset that has the potential to change the way that we provide patient care, cure diseases and save lives. In 2011, McKinsey & Company estimated that, “If U.S. health care were able to use big data creatively and effectively to drive efficiency and quality, more than $300 billion in value would be created every year.”

With an annual patient volume that exceeds 7 million and a vast, rich network of research enterprises, the Texas Medical Center is a prime contender for a revolutionary approach to data analysis. In keeping with their endeavors to create a world-class center for complex data research and operational excellence in medicine, the medical center has selected Ayasdi, a startup company from Palo Alto, California that uses topological data analysis to quickly glean meaning from big data, as part of its vision to revolutionize patient care, translational medicine and clinical research.

In 2012, the health care industry amassed over 500 petabytes (a unit of data measurement) of health care data; this number is on the trajectory to grow to 25,000 petabytes by 2020. Although we have figured out how to store, manage and process data, the ability to derive insights from that information has not changed much in the last 30 years. In most cases, organizations rely on labor-intensive, hypothesis-based analytical approaches that exclude anyone without advanced degrees in computational mathematics and statistics. With exponential data growth estimates and increased data complexity, new data analysis techniques like Ayasdi’s will be integral to finding breakthroughs and innovations from health care data.

“We regard this partnership as a tremendous opportunity,” said Gunnar Carlsson, Ph.D., co-founder of Ayasdi and professor of mathematics at Stanford University. “The Texas Medical Center has an enormous variety of very sophisticated institutions. It provides the perfect place to use our software because of the sheer volume of data being generated. The scientific potential of their research enterprises is unparalleled.”

Ayasdi’s software is based on topological data analysis, which visualizes relationships between data points as two dimensional shapes made up of interconnected nodes. The nodes represent the subjects under analysis, whether they are a dataset of breast cancer tumors or statistics of players from the Miami Heat—the team leverages Ayasdi’s software to analyze basketball data in order to make smarter match up decisions. The most similar nodes will cluster together, with lines drawn between them, while dissimilar nodes will be separated into different shapes. The idea is that emergent patterns, like loops, forks, or separated clusters, will reveal meaningfully different subpopulations in the dataset.

“Think of studying data like looking for a hammer in a dark garage,” explained Carlsson, who specializes in a branch of mathematics called topology, the study of shape. “If you have a flashlight and point it at the ceiling, or in the corner, it’s not very likely that the narrow beam of light will illuminate your target. If you were able to turn on the light in the garage, your eyes would be drawn to the hammer and maybe a bucket of nails in the corner you hadn’t noticed. The idea is to visualize the data in order to see the whole statistical landscape, generating questions accordingly. It’s the Jeopardy method of data analysis: answers first.”

Topology, the subset of mathematics that focuses on the study of shapes, dates back to the 19th century, but scholars were writing treatises on the subject for over a century beforehand. While topology has existed, in a theoretical sense, since the 1700’s, Carlsson pioneered the applied use of topology to solve complex, real world problems beginning in the mid 1990’s. In the early 2000’s, this work led to $10 million in research grants, courtesy of the National Science Foundation (NSF) and the Defense Advanced Research Projects Agency (DARPA) to study the application of  topological data analysis to problems of interest within the U.S. government. Based on the success of these efforts, Carlsson, in conjunction with two other Stanford mathematicians, Gurjeet Singh, Ph.D., and Harlan Sexton, Ph.D., founded Ayasdi in 2008.

The goal of the training session was to entice research teams in the medical center to submit project ideas that would be considered for sponsorship on the Ayasdi platform. With sponsorship, teams would have access to the knowledge and experience of the award winning Ayasdi data science team to assist in the analysis of their data. Drawn from a pool of 12 submissions from various member institutions, three teams have been awarded the full support of the Ayasdi research team.

Andrew Futreal, Ph.D., a professor of Genomic Medicine at The University of Texas MD Anderson Cancer Center, describes the goal of his study as, “discovering key patient-centric ‘factors’ that impact outcome.” Futreal’s study will be conducted with the help of Joseph Petrosino, Ph.D., assistant professor of Molecular Virology and Microbiology at Baylor College of Medicine. Alok Madan, Ph.D., MPH and his team were selected for their research among adult and adolescent psychiatric patients during and after hospitalization, a collaborative effort between The Menninger Clinic and Baylor.

Erik Boerwinkle, Ph.D., professor at The University of Texas Health Science Center at Houston, and his team were also selected for their work on whole genome sequence analysis of  cardiometabolic phenotypes, an effort to understand the genetic basis of health and disease.

The remaining submissions that were not selected for sponsorship will also have access to Ayasdi’s software, with the support of Texas Medical Center’s in-house data scientist, equipping them to make significant strides in their areas of research. Deriving knowledge from data with a non-biased, fact-based approach will be critical to allowing the medical center and its member institutions to leverage a greater quantity of their data to solve difficult and disparate problems.

“We’re honored to work with a world-class organization like Texas Medical Center to target some of the most challenging diseases and conditions and to accelerate breakthroughs in health care and life sciences,” said Gurjeet Singh, co-founder and CEO at Ayasdi. “We are excited to enable TMC with a new approach to discover knowledge about leukemia, heart disease, traumatic brain injury, post-traumatic stress disorder and many more.”

This past May, Ayasdi stood head and shoulders above the competition as the grand prize winner of both awards at Bio-IT World 2014, where more than a hundred companies set up booths to showcase the myriad applications of IT and informatics to biomedical research and the drug discovery enterprise. They were the only company to be recognized for both an innovative solution, Ayasdi Cure, and for that solution’s key role in a breakthrough medical discovery. The new Ayasdi Cure application is designed to help pharmaceutical and biotech companies accelerate the drug discovery process.

“Texas Medical Center is entering a new era in our evolution where member institutions are exchanging ideas and sharing insights and resources to accelerate discovery to advance care,” concluded Robert C. Robbins, M.D., president and chief executive officer of Texas Medical Center. “Specifically, we’re focused on five areas—health policy, stem-cell research, clinical trials, genomics and innovation—and data is the key to revolutionizing all of them.”