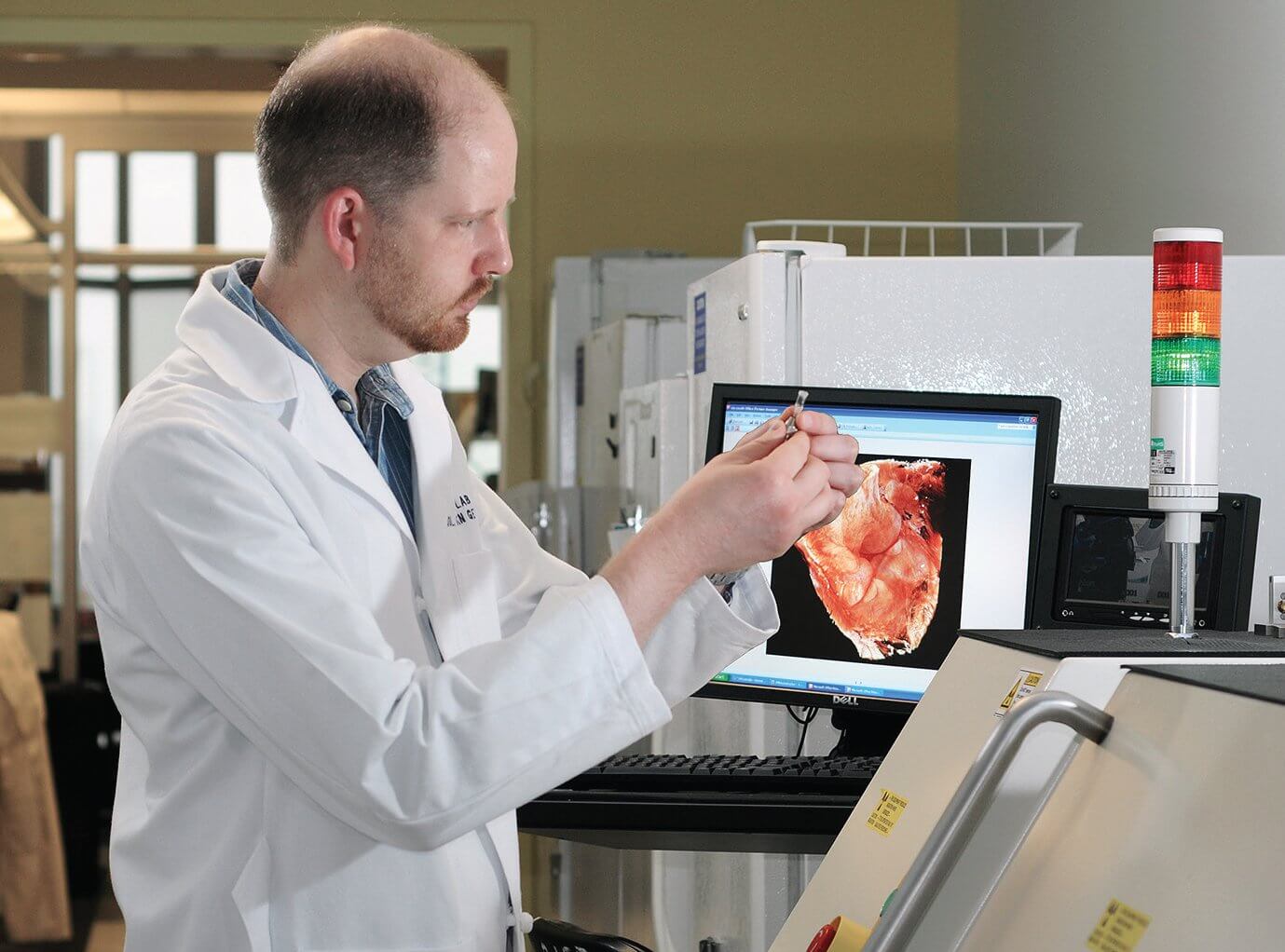 America is graying; senior citizens represent the most rapidly growing segment of our population. As life expectancy increases, so does the necessity of preventing and treating degenerative processes, such as osteoporosis, that contribute to bone fractures. Since 2002, the Rolanette and Berdon Lawrence Bone Disease Program of Texas (Lawrence BDPT), a collaborative research, clinical and education program of Baylor College of Medicine and The University of Texas MD Anderson Cancer Center, has sought to improve bone disease research and convert scientific findings to more effective treatment and prevention options.

“We’ve created a program that has several goals. The first is to foster bone research across the Texas Medical Center,” explained Robert Gagel, M.D., current director of the Lawrence BDPT and head of the Division of Internal Medicine at MD Anderson. “The second goal is to bring researchers interested in bone together to share and improve the quality of research. Finally, we want to improve the quality of care for patients with osteoporosis and other metabolic bone disorders.”

Since the inception of the program in 2002, Baylor and MD Anderson researchers and clinicians have worked together to cover the entire spectrum of oncological and metabolic bone disease. Each institution has a particular focus. MD Anderson’s Bone Healthcare Program has become an important resource for cancer patients who require specialized care for bone loss and other skeletal problems— frequently due to the very therapies that are saving their lives.

At Baylor, significant strides in research are being made in developing strategies to stimulate new bone formation. The Clinic for Metabolic and Genetic Disorders of Bone has become the primary referral center for patients with genetic conditions such as osteogenesis imperfecta, also known as “brittle bone disease,” muscular dystrophies and neurofibromatosis where there is a significant involvement of the skeletal system.

“The members of the BDPT have made some of the most important discoveries in bone biology over the past decade,” said Gagel. Gerald Karsenty, M.D., Ph.D., professor of Molecular and Human Genetics at Baylor, discovered a gene called RUNX2, the master transcription factor responsible for generating bone formation, and defined the role of the brain in the regulation of bone formation. Brendan Lee, M.D., Ph.D., professor of Molecular and Human Genetics at Baylor and the previous director of the BDPT, detected a new and important cause of osteogenesis imperfecta, a common disorder among children characterized by brittle bones that are prone to fracture. Another member, Benoit deCrombrughee, M.D., professor of Genetics at MD Anderson, identified an important transcription factor, Osterix, necessary for normal bone formation.

According to the American Academy of Orthopedic Surgeons, each year, 1.5 million bone fractures in the United States are attributed to osteoporosis, including 350,000 hip fractures. Seventy percent of those suffering from osteoporosis related hip fractures do not return to their pre-injury status. These fractures often result in a cascade of complications stemming from a loss of independence and an inability to perform daily living activities.

“The problem is that only twenty percent of patients who have an osteoporotic related fracture ever get seen by a physician and receive treatment for vitamin D deficiency, calcium defi- ciency, or with drugs that are effective for preventing fractures,” said Gagel. “We hope to increase the percentage
of those patients to eighty percent or above through the development of a fracture liaison program that identifies patients with fractures and refers them for fracture prevention treatment.”

Beatrice Edwards, M.D., associate professor of General Internal Medicine at MD Anderson, remains similarly optimistic about the prospects for reducing the gap in medical care among osteoporosis patients. “We have excellent treatment options.

Osteoporosis medicines are some of the most effective medications available; they can prevent fractures up to seventy percent,” said Edwards. “The most impressive aspect of the Bone Disease Program of Texas is that it has fostered collaborations between very talented clinicians and basic science researchers,” said Sandesh Nagamani, M.D., assistant professor of Molecular and Human Genetics at Baylor and director of the Clinic for Metabolic and Genetic Disorders of Bone. “This synergy has not only helped provide a human context to some basic discoveries, but has lead to better care for patients seen at the various TMC institutions.”

“What is unique about our program is that all of these medical facilities sit in a defined geographic area. We could build a fracture liaison center that services 6,900 hospital beds; in a single stroke, we could cover the largest number of patients anywhere in the United States,” explained Gagel. “There are opportunities in the future for other medical institutions within the Texas Medical Center to join us.”

At their recent ten-year anniversary celebration, the BDPT announced that The University of Texas Health Science Center will be formally joining the pro- gram after being informally involved for the past five years.

“We’re trying to improve quality of care for all adults at the Texas Medical Center,” said Edwards. “Even as America is graying, we intend to see individuals remaining independent in their own homes, with full mobility, so that they age with dignity.”