An Evening of Ethics and Art

An Evening of Ethics and Art 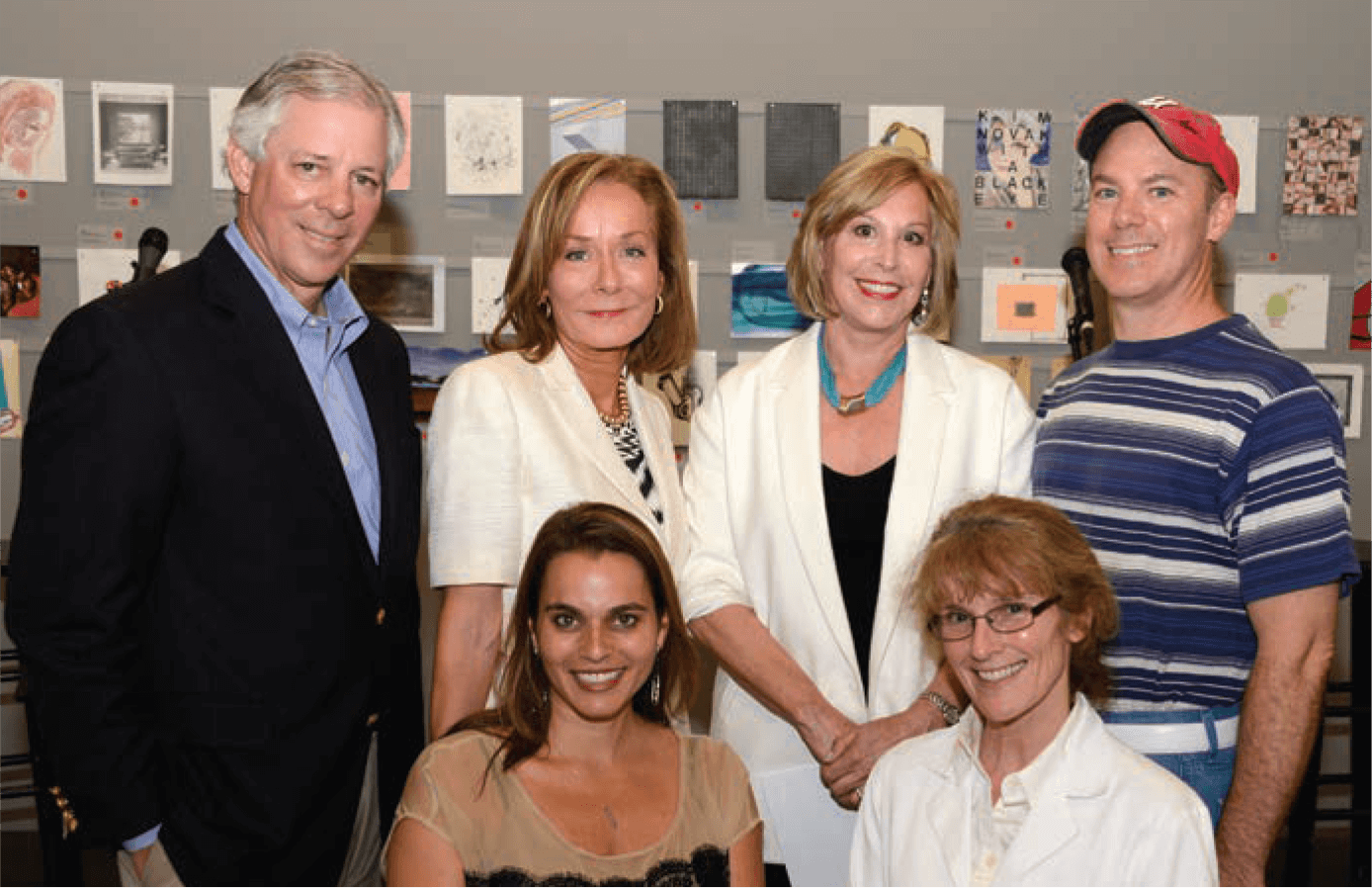 To get people talking about ethics, often the issues have to be right in front of them. They have to have context. That is the thought behind the Bioethics on Stage series presented by Baylor College of Medicine’s Center for Medical Ethics and Health Policy.

Written by psychologist and bioethicist Lynn W. Bush, and law professor and bioethicist Karen H. Rothernberg, the play engages the audience in a scenario in which a family deals with clinical research trials, and the disclosure of genetic testing findings. The event is designed to get people from all walks of life thinking, and talking, about the ethics of research and medicine in a unique way.

Baylor’s Center for Medical Ethics and Health Policy Director and Leon Jaworski Professor of Biomedical Ethics Amy McGuire, J.D., Ph.D., narrated the play, encouraging audience members to think through the scenarios from the perspective of a patient deciding whether to take part in clinical testing. She hopes this play will serve as the first of many opportunities for the medical community and the general public to come together around conversations that take place within the Texas Medical Center and homes across the country, every day.

“This play raises issues around clinical trial research participation, and some of the issues associated with that, including the decision making that goes into designing an ethical research protocol, and the participation by individuals and families,” said McGuire. “And this particular research study involves genetic testing, so it raises a lot of issues around decisions about genetic testing, the kinds of information you can get back from new genomic technologies that are being used, and how to communicate that information to family members.”

The play opened with a single mother and her three children visiting a pediatric genetic clinic. Two of the three children, nineteen-year-old Bobby and sixteen-year-old Amy, have an autosomal recessive genetic disorder, and the family was offered a chance to take part in a clinical study. The conversations that followed centered around the consent form, and the kinds of questions and conflicts a family might face related to genetic testing.

The first act, titled “It’s Not That Simple,” includes a scene where the family is reading through the consent form sent home with them by Dr. Hardy, played by Lorraine Potocki, M.D., FACMG, professor of molecular and human genetics at Baylor.

“The form goes on to say, ‘In the future, we may contact you to find out if you are interested in learning about your results or gene variants that are important to your health and/or the health of your relatives,’” said Amy, played by Doe Florsheim, president of The Partnership for Baylor College of Medicine.

“They say ‘important,’ but how will they decide what’s really important enough to tell us?” replied Bobby, played by Robert Robbins, M.D., president of the Texas Medical Center.

The audience engaged in conversations around that very idea during the first discussion portion of the play. Geneticists, physicians and members of the general public weighed in on what the family could or should expect in the way of privacy, consent of health information for children, and the desperation that might drive families to take part in clinical trials without really understanding what the outcome could be. Would a family risk finding out more than they want to know about their own health, for the chance to find a treatment or cure for a particular health problem they face every day?

One audience member suggested that in cases where genetic testing holds promise for a treatment or cure, families and individuals may be quick to sign a document like the consent forms presented in the play. A geneticist in the audience suggested that even families in desperate situations might give more thought to the forms than some would expect. She noted that many of her patients’ families, facing pediatric cancer, request time to go over the forms and discuss their options.

The play’s second act, titled “It’s So Complicated,” includes a scene in which the family is told of “some potentially significant findings unrelated to what [they] were looking for.”

The mom, played by Melanie Gray, a partner at Winston and Strawn LLP and a Baylor board member, is advised to seek further testing from a neurologist, for the possibility of early-onset Alzheimer’s disease. Bobby is told that he carries the BRCA mutation, giving him a six percent lifetime risk for developing breast cancer. And the youngest and “healthiest” son of the family, Sam, played by Reid Sutton, M.D., associate professor of molecular and human genetics at Baylor, is told he must quit the swim team because of a genetic predisposition to Long QT syndrome.

The scene sparked conversations about a doctor’s role in carefully and completely explaining the findings of these types of genetic tests, and not rushing into a diagnosis. Some also questioned the current practice of “all or nothing” disclosure of significant health findings from genetic testing.