Snoring Can Be Telling Of Bigger Health Problems

Snoring Can Be Telling Of Bigger Health Problems 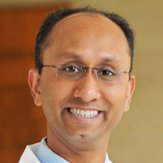 Roaring snores that rumble a room or violent snorts for breath during sleep could be sounds of obstructive sleep apnea. While a true diagnosis is only possible with a sleep study, if left untreated, the sleep disorder could lead to serious consequences.

Typical symptoms include shallow breathing or intermittent cessation of breathing while asleep. Sufferers can stop breathing for periods of seconds or even minutes — upward of hundreds of times a night in some cases.

As head of the Harris Health’s Sleep Disorders Center, Alapat sees hundreds of overweight and obese patients suffering from the potentially deadly sleep disorder. Annually, the center performs about 1,200 sleep studies to evaluate patients for a variety of sleep disorders, including obstructive sleep apnea, insomnia, restless legs syndrome and narcolepsy.

“A cardinal recommendation physicians make to overweight or obese patients suffering from obstructive sleep apnea is to lose weight. Losing weight can reduce or even eliminate some of the effects and symptoms. We see it all the time, people who lose weight see an improvement, but people who gain weight have a worsening of symptoms,” he says.

Aside from a restless sleep, sufferers increase their risk for high blood pressure, diabetes, heart attacks and stroke.

Signs of obstructive sleep apnea include:
• Dozing off during work, driving or other activities
• Lack of concentration when performing activities
• Feeling fatigued even after sleeping the recommended 7-8 hours a day

The sleep disorder is twice as likely among men and is more common among smokers, sufferers of chronic nasal congestion and hypertension. However, being overweight is still the biggest risk factor.

“We know that diagnosing and treating obstructive sleep apnea improves one’s ability to live longer and improves other aspects of a person’s life like managing high blood pressure and diabetes,” Alapat says.

The Harris Health System Sleep Disorders Center is jointly staffed by physicians from Baylor College of Medicine and The University of Texas Health Science Center at Houston (UTHealth).