How Clinton and Trump Would Address the Cost of Health Care 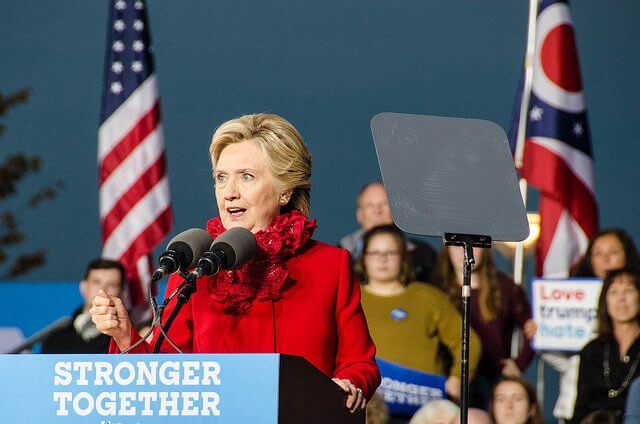 The government this week announced that health care premiums through the Affordable Care Act (ACA) marketplace exchanges will increase by as much as 25 percent in 2017. While there were many predictions this would happen, the fact remains that rising health care costs are one of the most significant financial problems facing Americans today. Some pundits claim the rate hikes do not matter because millions of Americans qualify for federal tax subsidies and those subsidies lessen the blow when premiums increase. But the ACA subsidies were not enough before the double-digit hikes in premiums, and they certainly won’t be enough after the hikes go into effect.

Unfortunately, health care was only briefly mentioned in the presidential debates. Still, both Hillary Clinton and Donald Trump agreed that health care was too expensive and that we need to reduce the cost of coverage and of health care. At least they agree on the problem.

In my most recent blog post, “The Top Health Care Questions for the Next Presidential Debates,” I suggested questions I believe should be asked of the candidates. But since the candidates did not answer any substantive questions about health care, I will propose how I imagine Secretary Clinton and Mr. Trump would have answered based on published statements and party platforms.

Trump believes the answer is to stimulate greater competition by permitting insurers to sell across state lines. However, analyses of this idea overwhelmingly have found that insurers can already sell across state lines in some regions, yet it hasn’t reigned in costs. Trump is also in favor of bringing down the cost of prescription drugs and permitting Medicare to negotiate with drug manufacturers. This single move, which is also favored by Clinton, would go a long way toward bringing down the price of prescription drugs. One notable reason other countries have lower drug prices is because they negotiate with pharmaceutical companies on behalf of large portions of the population.

Clinton has said she would not permit “unjustified insurance premium increases.” One wonders if we are seeing large increases now because the insurers are preparing for a limitation of increases in the future if Clinton were to win the election. Clinton would also limit excessive out-of-pocket costs for families, and she would encourage price transparency so that all consumers can understand what they are buying.

The candidates’ ideas on how to make the ACA more affordable are affected by how each would deal with Medicaid. Right now the federal government contributes a percentage of what a state spends on Medicaid. For example, in Connecticut, if the state spends $1 million, the federal government matches it with $1 million. The percentages vary by a state’s per-capita income.

Trump’s main proposal is to provide “block grants” to states. This means that either a state receives the exact same amount of money each year, adjusted for inflation, or the state receives a per-capita amount, so the number of people may grow or shrink, but the amount per person stays the same. The Urban Institute rejected both ideas out of hand, saying that either way of doing block grants will hurt the states because it will limit appropriate increases in funding. I am a bit more optimistic, though—I think if a working group got together to design a fair reimbursement methodology for providers that was somewhat predictable, and if that method could be tested in five states over three years and adjusted as needed, then the results could be positive.

Expanding Medicaid (largely to adults between 19 and 64 years old with low income) is optional for states. States that have not expanded Medicaid argue they cannot afford to pay the future bills. Currently, the federal government pays almost all of the bill for individuals who are covered in Medicaid expansion, and in 2020 and beyond, the federal government will pay all but 10 percent. When added up, this is not a small amount, though. In Texas, it will equal $1.5 billion per year. Clinton has proposed paying states 100 percent of the Medicaid allotment for newly covered individuals for three years. I believe this could do a lot for bringing states into Medicaid expansion, but it is still not enough. The program should pay states 100 percent without a time limit, not just for three years, because if there is any time limit, states will fall back to the same old argument that “our grandchildren will be funding Medicaid.”

Neither Clinton nor Trump are proposing perfect solutions for the future of health care and insurance, and it is clear we need a combination of approaches. I will propose one in my next blog. Interestingly, none of the approaches proposed by the candidates is particularly Democrat or Republican, and many of their suggestions will work. After the election, there will be plenty of room for compromise and innovation from both sides of the aisle—as long as we keep our eye on the ball—to make health care affordable.